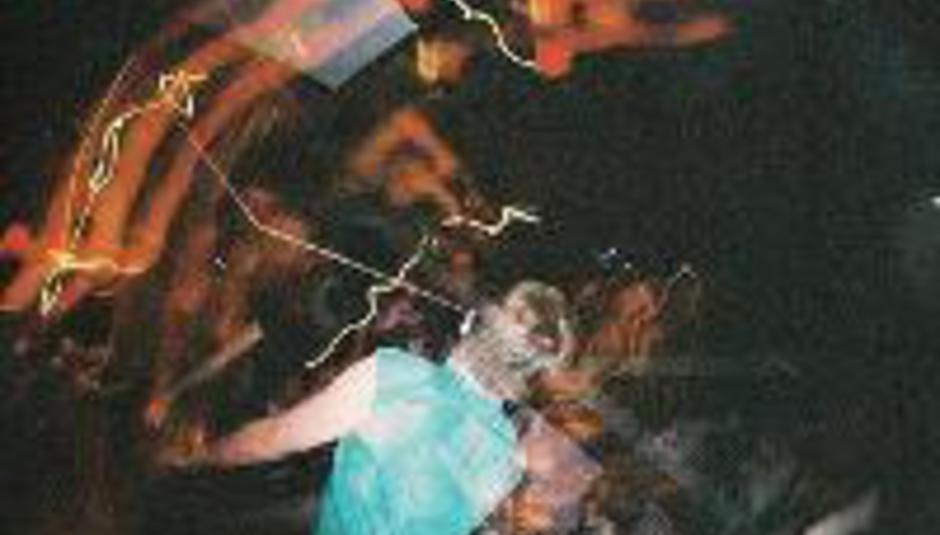 One of DiS’s favourite live bands currently doing circuits of the nation’s small-to-mediums, Rolo Tomassi rolled through their December tour keeping notes along the way. Now, DiS can present the band’s own account of their Christmassi Tour, 2007.

3/12 – Derby
James: First day! We were collected by Dave in his wonderful van to load in. We have the luxury of a PS2 and a TV in the van, something never experienced before within a Tomassi tour. The Josephs started playing straight away and promptly got travel sick. Fortunately, no vomit has graced the van floor as yet.
Eva: Several men are walking around the venue talking of the ‘time’ they've recently spent in ‘the pen’. They were all dead pissed up on booze and this one guy kept trying to give Ed his vodka Red Bull / pints. He said he had been put away for kidnapping his neighbour's dog.

4/12 – Liverpool
Ed: We're in Liverpool. So far so good, but it’s lacking in funny characters buying me drinks. We went for a meal in an American-styled ‘50s diner called Eddie's Rocket. I ordered a 'Bacon Big Boy', then played Jackson 5 on the jukebox for 20p.
Joe N: I'm sat on merch. A beautiful girl is sat not so far away. Sweet.
Joe T: Tonight we played with an awesome band called The Laze. They were fronted by Neil from The Young Ones, or at least someone who could have been his twin. We stayed with a good gentleman called Ellis who looks like Jack Peñate.
Eva: Someone robbed a CD whilst I wasn't watching the merch. I am furious! 5/12 – Glasgow
Ed: It's raining loads. We all had a wander down to Monorail Records and got soaked. Earlier, I comfortably beat James and Joe N at Pro Evo. We were here at the barfly with Meet Me In St Louis in July. That was a good show! Hoping for the same tonight.
We went to watch the Arsenal match in a Rangers bar after eating. A heavily drunk old man tried speaking to us and sadly I didn't understand a word he was saying. James claims a few others in the bar were pretty hostile towards him and Joe N. The situation was similar to Liverpool last night, where another hostile drunk approached me whilst I was packing away. He was a dead ringer for Meatloaf. He kept asking me to fetch 'Murf' from backstage. The more he spoke, the less sense he made. Great.

6/12 – York
Eva: I have a stomach ache.
Joe T: The others have gone for food but I didn't want to go as it’s raining badly again. I’m on my own, by the merch while the other bands soundcheck. So far, tour has been great, although watching the entire second series of Peep Show has left me quite depressed. It’s weird to be playing live again after a month off.
James: Somehow, during the course of the last few days I have managed to lose a keyboard stand. Fortunately we had a spare, but I feel incredibly aggrieved by this!

7/12 – Swindon
James: We slept at home last night and after several evenings of floors and hangovers I feel totally revitalised. The Furnace is a sweet venue. Go check it out! A pleasant gentleman called Tim is taking care of us this evening and has been commendably hospitable. We got bitching food too!

8/12 – Nottingham
James: DiS Christmas party! Tonight we had the pleasure of being part of an excellent bill including the fantastic Shut Your Eyes and You'll Burst Into Flames. We've played with them several times before so it was nice to hang out and discuss disgusting hypothetical situations, whilst seeing that the rider got polished off. Today we were joined by Todd (from I Was A) Cub Scout who had decided to come away with us for a few days.
Post-show I stayed in Nottingham with some friends and the others went home. There was supposed to be an epic house party but after walking for what seemed to be forever we got a call saying it had been shut down. Burn. We walked the streets for about two hours until a place to stay had been sorted. Too cold.
Eva: I had been looking forward to this show for a while, partly because I love Nottingham, partly because I got to see my boy. We bought pretzels from a German market and got back to the venue to find James was wasted. It was pretty funny. I enjoyed the set and we played our At The Drive-In cover (recorded live for XFM) for the first time. Thank you DiS! 9/12 – Manchester
Ed: If you don't have anything nice to say, don't say anything at all.

10/12 – Wolverhampton
James: We dropped Todd back in Nottingham and headed towards Wolverhampton. The bill for this show was sweet with support coming from Mirror! Mirror! and Blakfish. Good guys, good times. We stayed with Sam Blakfish and his friend Kirk. At about 3.30am and after several cans of Red Stripe it seemed like an excellent idea to let Sam cut my hair. My judgement was perhaps impaired by the lump on my head; self-inflicted when I got over excited at the show and head-butted the corner of my keyboard. In the light of the morning my new-do doesn't look THAT bad…
Eva: It’s been such a long time since we've played with M!M! so it was great to see them all again and listen to their new material (which by the way, is awesome!). I somehow managed to cut my arm. I’m not sure what did it and I don't recall being hit by anything. We stayed up late at Sam's and watched weird things on YouTube. It was a good time.

11/12 – Cardiff
Eva: We Tomassis love our Deal Or No Deal quiz machines which you sometimes find in venues. This evening there happened to be one and when James went to put in his 50p we noticed that there was already £56 credit in it. It worked and in the first 20 or so minutes we won £6. Unfortunately we have not won since and there’s only £20 left in.
James: All the money in the machine has gone. We made another £1. Score. After the show we did some disco dancing at the Barfly club night. It was nice until me and Joe N got dead depressed that we couldn't find enough courage to go talk to the beautiful Welsh girls who surrounded us. Nevermind!

12/12 – Southampton
Ed: Dean (our driver, who swapped with Dave after five dates) told us he was mugged last time he was outside the Joiners. It's a sweet venue. The soundman is great. Very thorough. Joe T managed to make an expensive error this evening, somehow managing to snap one of the van keys in the lock. Well clever!
James: End of tour! It’s been a good ten days and it’s been ace to play new places and meet new people. Come see us again in February!