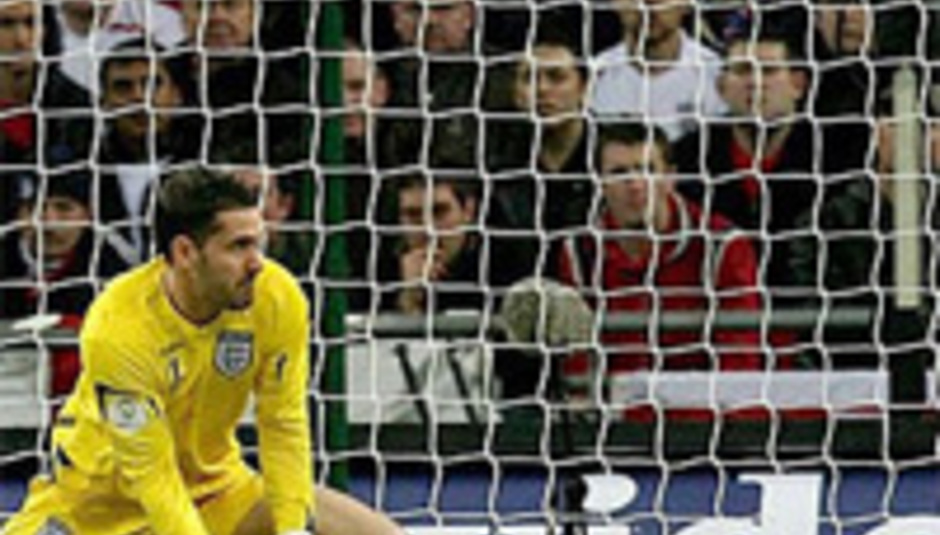 That thing Madonna said, about time: that it goes by so slowly. ‘Hung Up’, that excuse to check out her camel toe. You know the one. Bull. I can’t think of anything that passes faster than time: I’m forever losing track of it, wishing I had more of it, wondering why I can’t ever make the best of it, et cetera.

So, before we dive into November’s best long-play (ish) releases, how’s about we have a quick ten from October? So busy were we at DiS – losing time mucking about with redesigns and fabulous new features – that we forgot all about A Month In Records. Whoops.

Some of our favourites from October, then (discounting this thing called In Rainbows on a technicality – no DiS writer actually reviewed it, you lot did): Johnny Foreigner
Arcs Across The City (Best Before)
Says reviewer Ben Yates: “Seven songs, 21 minutes, and some of the most exciting indie-pop sounds committed to record by a British band in a long while. Arcs Across The City is the domestic debut album release of the year, hands down.”
Read the full review here Sonic Boom Six
Arcade Perfect (Rebel Alliance)
Says reviewer Ben Patashnik: “If you’d heard Manchester’s Sonic Boom Six in 2004 you could easily have written them off as some weird hybrid of bubblegum punk, party hip-hop and knees-up ska, and many did. In 2007 though, the fact is that they represent something the Moosik Indusstree has been seeking out for years, a focused blast of melody with a backbone of unimpeachable integrity, and they’re utterly vital.”
Read the full review here Burial
Untrue (Hyperdub)
Says reviewer Tom King: “It’s from the dark that Burial glows brightest. He’s never going to attract too far outside his niche, but to the right ears and in the right context this is unbeatable, unspeakably romantic, epoch defining. The strength of this record lies in yourself.”
Read the full review here Six Organs Of Admittance
Shelter From The Ash (Drag City)
Says reviewer Him Tall: “Shelter from the Ash is a record of brooding meditation: if the late lamented Comets On Fire gave Ben Chasny an outlet for his guitar mangling side then Six Organs Of Admittance is his introspective, enigmatic other self.”
Read the full review here The Pine Hill Haints
Ghost Dance (Cargo)
Says reviewer Charles Ubaghs: “This isn’t music aimed at the old grey matter. This is music aiming straight for the gut. It lives purely in the moment, rocking and rolling around to its heart's content, caring little for trends, fads and all the other concerns that bog down so much of what we consume as music today. And it does so with an unabashed lust for life.”
Read the full review here The Dillinger Escape Plan
Ire Works (Relapse)
Says reviewer Mike Diver: “DEP’s confrontational compositions remain absorbingly chaotic, and the infectious melodies have grown in strength. Plus, the strange and eerie electronic aspects of Ire Works give it an unexpected edge on any tech-metal peers. It’s a frighteningly powerful album that will be adored by open-minded newcomers and Miss Machine converts alike.”
Read the full review here The Pyramids
The Pyramids (Domino Records)
Says reviewer Samuel Strang: “After sessions for Derdang Derdang came to a close, Archie Bronson Outfit’s The Cardinal (Sam Windett) and Arp (Mark Cleveland) were left with an insatiable desire to spin out, with whetted tongue unsatisfied. In absence of Dorian Hobday from the usual roster, The Pyramids were formed.”
Read the full review here White Hills
Heads On Fire (Rocket Recordings)
Says reviewer Him Tall: “This is White Hills’ debut album proper. Heads On Fire throws down grungy distorted layers of sludge that relentlessly churn along. It's neither subtle nor pretty, but god damn it rocks. They take the space rock template and inject it with a battered fucked-up New York punk spirit.”
Read the full review here Yeasayer
All Hour Cymbals (We Are Free)
Says reviewer Him Tall: “If we're currently playing out the end game of a static music scene still beholden to fake and fading indie stars from over five years ago and humouring the worst kind of bottom-feeding musical no-marks, then All Hours Cymbals is a well overdue shot in the arm. 2008 is potentially already theirs.”
Read the full review here
(All Hour Cymbals is an album of the year – vote here) The DiScover album of the month
Coyote
Outsides (Hot Dog City)
Says reviewer Jordan Dowling: “There is something misleading about Coyote. It begins with the name of the album, Outsides. It takes a few reads before it’s apparent that what you’re reading is not what you presumed was in front of you. Similarly with the album: it takes a few listens to discover what it really holds.”
Read the full review here