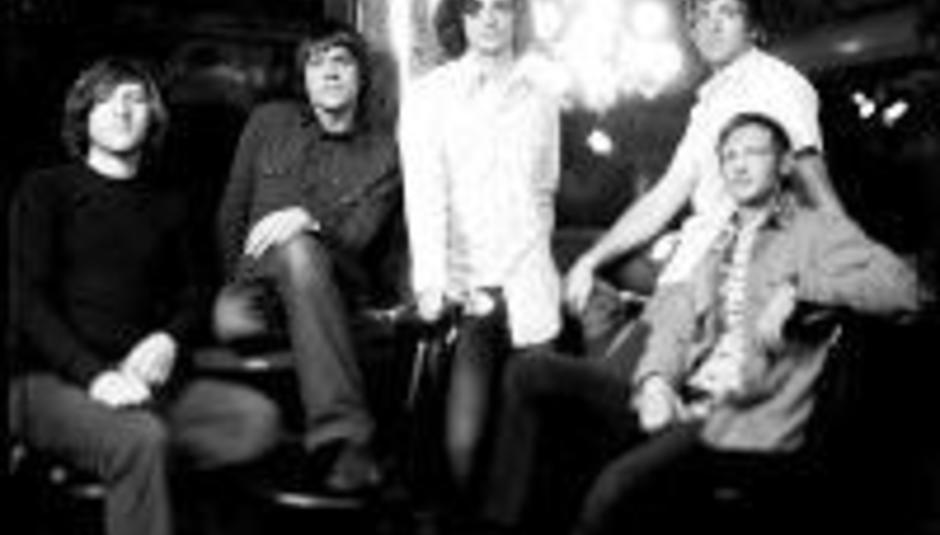 From November 20, fresh-of-face synth-rock duo I Was A Cub Scout will be taking their appealingly pop tunes on the road alongside Seattle’s proggy-toned indie quintet Minus The Bear. Ahead of this European tour – dates are listed below – DiS invited IWACS’s Todd and Will to interview their soon-to-be tourmates. Fans of Minus The Bear before the announcement of their jaunt together, the pair lept at the chance.

Are there any questions that you are fed up of being asked?
What's that? You want to hear about our wacky song titles or lack thereof? NEXT!

What is best: reverb or delay?
I think everyone in the band would agree that the Line 6 DL4 Delay is one of the most important pedals in the MTB arsenal. Not only is it a great delay unit, but the looping capabilities are pretty awesome. A lot of the stuff that sounds like crazy keyboard loops are often at times guitar that has been looped, reversed and/or cut or doubled in half time. So far Dave (Knudson) uses four, Jake (Snider) uses three and even I use one from time to time. It’s a pretty impressive unit.

What bands made you all want to start being in bands?
Nirvana and The Cure were huge influences for me growing up. Jake and Dave might say Metallica, and I'm pretty sure that once Erin (Tate) saw KISS for the first time he was hooked.

What was your worst show ever, and why was it so bad?
I can't think of a worst show, but sometimes there is a show were you know everything sounds good and you are giving it your best but the crowd just doesn't move a muscle. Sure, they will clap a little at the end of a song and be polite, but for fuck sake! Have a good time and let us know. You paid to see the show, so you might as well enjoy it, right? The more fun you have the more fun we have and then everyone wins, right?

Has there been a moment in the band that has made you think, "Wow, we're actually doing something here"?
There hasn't been one particular moment, but every time we play a show and people are singing along at the tops of their lungs and dancing their asses off it's a pretty rewarding experience. It's great that people are into what we do. It's pretty humbling to hear how the band’s music has been a part of someone’s life as well.

If you had the chance to change something about your past, work or personal, what would it be?
It would be nice to be able to spend more time with our families.

Dave Grohl recently said he was a fan of the band – do you have any other famous fans?
I'm not sure... I wonder if George Clooney would like us? George, give me a ring and we'll hang out!

The wonderful Russian Circles have just parted ways with their bassist (news). If you could give them ANY bassist, live or dead, who would you give them?
Well it's going to be hard to replace such a good looking man (Colin DeKupier), so they've got their work cut out for them... We wish both parties the best of luck.

You get told that you were only allowed one more show, ever, as Minus The Bear. Where would you book it?
One last show? I think we'd take it to the moon. Can't really top that, right?

What are you most looking forward to about the British and European dates?
Well, we really can't wait to experience all the lovely weather in November and December. Hot and dry, right? Ha! It'll be nice to play the shows and see our friends from past tours. Also, if I get any free time at all I want to go to a football match. Anyone want to take me?

Minus The Bear’s Planet Of Ice album, their third, is out now on Undergroove; I Was A Cub Scout’s debut album is due out via Abeano/XL next year. European/UK dates as follows: