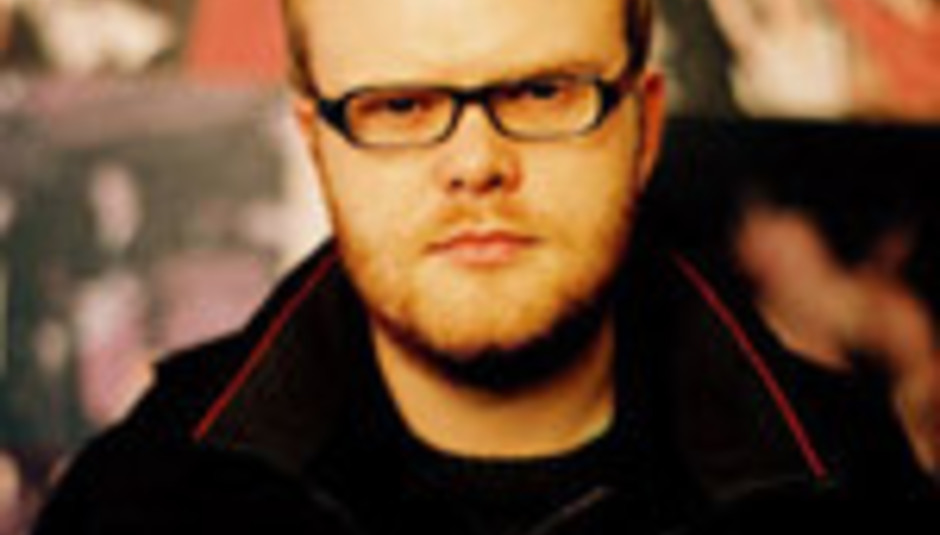 Huw Stephens has a kindly face: a shame in many ways, as he's a radio presenter. Fortunately for us, he's also a good radio presenter with a lilting, welcoming voice, so all is not lost.

Having spent the last eight years on Radio 1 (the last three with his own shows, including the Unsigned Show – a slip of oxygen for those non-Top 40 indie bands), the Cardiff native is finally putting on his dream event – the weekend-in-Cardiff blow-out that is the SWN Festival.

"We had loads of different names for it," recounts Huw, peeling (and offering sections of) a tangerine. "Diff Fest. Cardiff Calling, Cardiff Crawl – they all seemed a bit boring really. Then I thought about 'Nodin' – Welsh for note – but we got worried about all those potential headlines: 'Nodin off'… We wanted something like Sonar, Latitude etc, so we came up with SWN.”

‘Swn’ is Welsh for sound, and enforces the notion of the event as more than just a bunch-of-bands-in-a-city cash cow that seem so common at the moment. There is a strong focus on Welsh bands for the event, which Huw is quick to point out.

"The bill's about 50/50… there are some great bands like The Hot Puppies, Richard James, Texas Radio Band and Victorian Gentlemen's Club, and they're Welsh-based." He smiles: “Having the Welsh bands is a key aspect of the festival – it's a Cardiff event, but these bands play the area all the time, so it was important to bring big names from outside the city to attract interest and, conversely, bring people in who could discover these bands.”

Indeed, it seems that, for a city which seems to have a growing popularity and cultural kudos, it has taken a while for music to take its hold on the place. "That was definitely the case," demurs Huw. "There was nothing else happening in Cardiff – take Scotland, things like the Fringe in Edinburgh, it's massive. There’s always stuff in London, and Bristol, and I thought: why isn't this happening here? There hasn't been anything here since Radio 1 came and did 1 Live In Cardiff, which was years ago.

"If Cardiff's going to be an even more thriving city, we need a big festival. We plan to do it annually. I'm from Cardiff and live there half the time. I went to Reykjavik for Iceland Airwaves and had an amazing time. Reykjavik's a small city, as is Cardiff, and I thought, 'we can do this too'."

It does seem remiss that Wales doesn't really have a flagship event in the way that Scotland has T in the Park and Ireland Oxygen, DiS suggests. Huw nods in vigorous agreement.

"Wales has always had that problem, really – Scotland is a bigger country, so politically and culturally, they always seem to be ahead of us. We have the Green Man Festival, though, which is going from strength to strength. But this is about the centre of Cardiff and being in the centre of town and seeing loads and loads of bands – and a way for people to see the city."

And the broadcaster is adamant that there is lots to see and appreciate all year round, not least musically: "There are a lot of good, and dedicated promoters. Bands like Los Campesinos! came out of a scene where people come to the same indie nights and see the same bands. I think it's developed organically and naturally. It's as big as something like Leeds, but it's had quite a close-knit indie scene for a while."

Huw has been broadcasting on Radio 1 for nearly a third of his life. "I started doing the Evening Session with Beth when I was 18 (for five years) and now I've been doing my shows for three years, it's pretty amazing." Clearly, he's used his position to get this event off the ground. "I’m aware of, though I've done it on my own, the fact that people know who I am that leads them to help out with it. But in terms of favours, well, I wish I could have pulled them. But agents deal in money, sadly… If I have used my name then, fine: that's just to bring it a focus really.”

It is clear though, that the event is one that reflects both his tastes and his remit as a DJ and someone entrusted to spread the word of new (and good) music around: "It definitely ties in well, I tried to be representative. Even the big bands – The Cribs, Cassius, Two Gallants, Edwyn Collins - they're people I adore. We worked with promoters too - Peppermint Patty, Luce, Twisted by Design (name checked in a Los Campesinos! song).

"Some of the labels I approached, such as Heavenly, Domino, and Wichita, have been absolutely fantastic, brilliant and really keen to work on it and put the bill together. They've been great – more than I thought they’d be. I'm always pessimistic, and that way you're pleasantly surprised.

"I'm also very excited about Beirut - they have never played in Wales before. Plus bands like Yeasayer, Sons and Daughters – it's a good mish-mash. I'm very excited about the art and film bits, too… We didn't want to make Swn an industry-type thing or something too NME-esque, but equally not too obscure – but, then again, in my head Bobby McGee is number one…

"I hope this event reflects the fact that bands are being successful in their own world. Take a band like Kotki Dwa – they've done their own thing. It's about making something special."

You hope and think it will work out, because, alongside the quality and undoubted vision of it all, you get a genuine sense that it's a labour of love. "I've been wanting to do it for years and I can't believe it's actually happening," says Huw, a little misty-eyed.