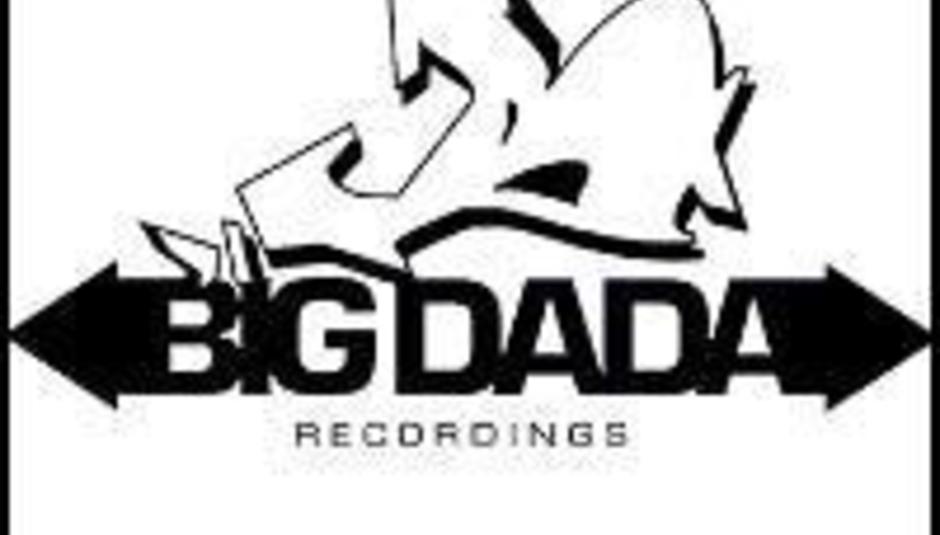 After ten years it’s time for some suitable celebrations.

Well Deep, released this week, compiles some of the finest moments from Big Dada’s back catalogue with cLOUDDEAD sat beside Roots Manuva and MF Doom bickering with Ty. It only goes to show that the label is as relevant as ever.

Born out of a frustration over acts going unappreciated elsewhere, the label began in 1997 as an off-shoot of leftfield independent label Ninja Tune, and swiftly cemented itself as a force in its own right. DiS spoke to Big Dada's founding father Will Ashon about how the label has advanced, Hoovering Mike Ladd's mess from Manuva's flat, and MF Doom being more of Franzen than a Salinger nowadays.

In 1996 we had a stupid idea and then convinced Ninja Tune it was a good idea. 1997 saw us release three singles (Alpha Prhyme, Asylum, New Flesh For Old) and it went from there, until this year when released the Well Deep compilation. You see, I could go into considerably more history but the truth is it would bore you to death. Running a label day-to-day is an office job and, really, the story of the time the artwork was late or when our French PR e-mailed because they hadn't received enough stock is not going to fascinate. The best 'vaguely plotted history' is Well Deep itself. Although, once again, you could have put that compilation together in ten different ways and it still would not really do credit to the artists who have been involved with the label.

What were the motivations behind starting the label?

The same as it always is: to release good music which seemed to be being missed or ignored by already-existing labels. I think that's the reason most people go into it, isn't it? Unless it's to do coke and try to get off with other people's groupies. I think those people don't run labels for a decade, though. They just go to work for a major. I guess there was an arrogance there as well - a sense that it could be done better than it was being done. Luckily I've had that beaten out of me.

How do you feel the label has changed over the last ten years?

It's got bigger and a bit more businesslike. But it's pretty much unchanged in most ways. For the first six or seven years it was just me, then Etienne Tron (now of Radio Clit) came and worked for me for a couple of years, then in 2005 I went part time to spend more time writing obscure fiction and Jamie Collinson took over as label manager. And obviously we get a huge amount of help, support and hard work from the people at Ninja, which has been a constant. It still has the same backs-against-the-wall feel to it. It's still a fight.

How important do you think having Ninja Tune as a blueprint was?

Having their expertise was very helpful. I knew nothing about the music industry or the physical process of manufacturing a record. Or anything else, come to think of it... And whatever people might say, sometimes it's better just to be told rather than 'finding out on the job', as you waste thousands of pounds.

From reading recent coverage of the label surrounding the anniversary, some of the most enjoyable releases have been the UK artists. What do you feel have been the standout releases you've been involved with?

I couldn't pick just one. I've always loved working with Mike Ladd because, as well as being super-talented, he's very funny. My favourite tour was when he came over with Fred Ones and Rob Sonic and they used Roots Manuva's flat while he stayed at his girlfriend’s and I got to Hoover up afterward. The glamour count has never been higher.

I really enjoyed the Black Whole Styles 'tour' in 1998 - me driving Roots Manuva, Juice Aleem and EBU around to a handful of tiny dates. I have really fond memories of that.

I like being drunk and suddenly getting all emotional at live shows - Ty is always good for that.

Wiley was great fun - never knowing if he'd show up. Mind you, Jamie Collinson was directly responsible at that time, so I could afford to laugh.

Do you think the UK hip-hop scene gets the credit it deserves?

I don't know how much it deserves, so it's hard to judge it. I think UK black music gets a pretty raw deal, if that's a similar thing. Having said that, I think UK hip-hop gets a reasonably good critical response in the print press. It just doesn't sell very well. Mind you, if it's a choice between that and doing a painfully shit routine on the MOBO awards I know which I'd choose...

How influential do you feel Roots Manuva's involvement with the label has been? Much of the press surrounding your celebrations have circulated around the man.

Rodney, I think, is a really good example of the maverick spirit we value. He's always done everything completely his own way and has been successful without compromise. I think he should be a figurehead to a lot of artists... He should be as cherished as Jarvis Cocker, Robert Wyatt, Lee Perry and all. But then again, so should most of our artists.

What role do you feel Big Dada performs for acts? As a platform, or a home for artists?

I'm not sure I understand the question. We try to encourage them to make the best records they can and then we try to sell them as hard as we can. I'm not sure whether that's a platform or a home. I guess it varies from artist to artist. As best we can we try to give them what they want. Except for the Lear Jet. They have to buy that themselves.

I guess the truth is that when we had fewer artists it was more like a home, whereas now it's more like a platform. But it really does depend more on the artist than on us. It's such an abstract question that I'm seeing shapes. It's most like a dodecahedron rendered in the four dimensions of space and time.

How do you see the role of record labels changing in the next few years? Has the move into the digital age been a good or bad thing for Big Dada?

I don't know. We're an old-fashioned record label. I'm not interested in the digital age in and of itself, only in good music. I find the current media hysteria over the Radiohead download scam utterly laughable. The actions of multi-millionaires should never be held up as a social barometer - their wealth insulates them from having to behave like the rest of us do. If I read another piece about "a new paradigm for the music business" I will cave my head in with a brick.

And how do you feel you fit in? Where would you like to see the label in another ten years?

We don't fit in. That's why we attract the artists we do. In ten years we'll either have gone out of business or we still won't fit in. The music business is bursting with idiots. It's important for everyone to remember that, because some of them are very plausible.

Well Deep is out now on double CD and DVD. More Big Dada information can be found at their website, here.