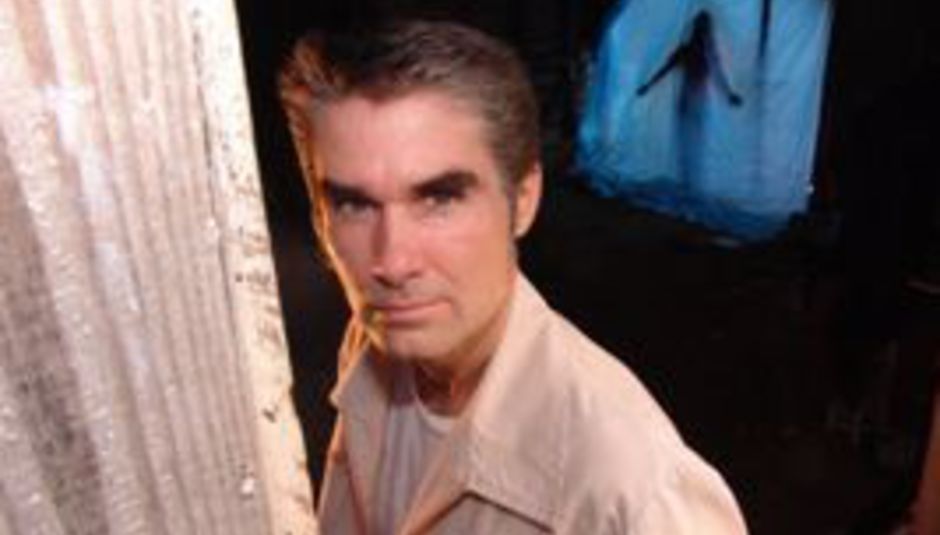 Jim White: the blues ain't so bad no more

Jim White: the blues ain't so bad no more

Jim White turned 50 this year. Half a century down, perhaps another to come. It’s a milestone many reach, but White was once unsure about making it to such an age.

“I was suicidal back then, and really trying to talk myself into staying on this planet,” says the singer, referring to the time around the writing and recording of his first album, Wrong-Eyed Jesus (The Mysterious Tale Of How I Shouted), released ten years ago. One of the most acclaimed purveyors of a style loosely bracketed alt-country but actually darting in myriad directions, often simultaneously, White’s maverick spark has since guided him through albums two and three and onto Transnormal Skiperoo, his fourth long-play collection available now on Luaka Bop.

White’s latest, by his own admission, is an echo of his debut, stylistically if not lyrically: “When I made this album the only thing I really had in mind was One-Eyed Jesus – I’d been thinking about it and thinking about what made me interested in those songs, and what state of mind I was in when I wrote them, not lyrically but musically.

“I tried to think musically, like that first album; I sort of miss some of the melodic movements. To me, the last album (Drill a Hole in That Substrate and Tell Me What You See, released in 2004) was the best album that I’ll ever do, so I felt like I had gone as far as I wanted to go afield, so with this one I wanted to go back to what I was doing on the first album to see what had changed. The first album had a lot of aching on it, and a lot of hunger for redemption. This album, though… I feel more at home, and I feel like I belong and have a purpose here. So the album’s got similar musical ideas with a different mindset; there are harkenings, but they are not so urgent. Perhaps that will not sit well with people – perhaps people will want me to be sad! But I’ll take happiness over critical success.”

Video: 'If Jesus Drove A Motorhome'

Critical success is something that’s never alluded White, though: …Substrate earned more than its fair share of accolades, with The Guardian, Pitchfork, Mojo and Uncut singing its praises on paper (the dot-com excepted, of course). While such publications might pencil a certain box about White and his music – implying it’s the sort that appeals solely to a marginalised crowd of intelligentsia and truly indie folk – the reach of albums such as …Substrate and, indeed, his latest is far broader than an outsider may expect. Glorious in its understatement, affecting for its sobriety and starkness, Transnormal Skiperoo should find a place in the collections of many disparate consumers given the chance.

A breakthrough of sorts, profile wise, came with the release of the BBC-funded film Searching For The One-Eyed Jesus (review). Its reception in the press – wholly positive – found White touring a film where he explored the music and culture of his native southern states. “I tried to support that BBC film wherever it was playing in the States,” he says, but touring isn’t something that White’s particularly keen on. A father of two, he’s worried that demands made by promotional activities on his time are currently distracting him from what really matters.

“I don’t like being away from my family. I’ve got two kids and I don’t want them growing up thinking that dad’s a voice on the phone,” says White, actually on the phone from a London hotel. “Aside from that I feel more comfortable when I am in my own little world, when I can go to the flea market on Saturday morning and talk to my farmer buddies and listen to the strange stories that are being told… I have a bunch of side projects that I work on – novels and screenplays and other albums – so I like being around the things that help me get those activities done.”

White is in the country at the time of our conversation for the End of the Road festival; he’ll be back later this month for a series of shows proper. End of the Road was something of an eye-opener for White, whose past experiences of festivals weren’t consistently positive.

“I sang about five songs, which sounded terrible so far as I could tell! (Jim was suffering from Laryngitis.) It was a desperate situation, as I’d come 4,000 miles for the festival, and there were a lot of people in the audience. I felt that it wasn’t fair to them to deliver a poor show, and some of them had travelled a long way. So, even if it was a bad show I figured it was better that than to cancel on them. I hate people to spend their good money and not get something out of it.

“It’s a wonderful event – there are no words to describe it. There’s just a really good spirit there, from the promoters down to the people attending. Everyone was really kind and supportive, so it was a good event.”

And does White draw upon the influence and assistance of friends and family when at home, to craft his music and orbiting projects?

“I don’t really do the friends and colleagues thing – I’m more of a solo person. But when I’m home I have all my instruments around me, and everything that can provoke ideas in my mind.

“On the road I feel like I’m in a state of suspended animation, and I felt that – from the age of ten ‘til about 40 – that I was suspended in time. I couldn’t move forward, but now I have broken free of that, and I want to keep moving forward. Of course you have to pay the bills, and coming on the road is a way to do that. Also when you’re on the road, at every town you go to people bring their love. At End of the Road there was about 1,000 people in the audience, and every few minutes I’d ask if they wanted me to go on, as I sounded terrible, and they screamed yes. They brought so much love to the event that can’t be overlooked.

Being nice is something that White takes a lot of time to be; throughout our conversation he’s polite, well spoken, steady and considered in his answers. He’s gearing up for a five-week tour of the US, but again clouds creep into the equation: he’s concerned about what he’s to miss at home.

“Five weeks, yeah,” he says, an almost-sigh infecting his voice, weary with expectation. “I have a one-year-old daughter, so after five weeks she’s going to be a completely different person. I’d like to be there right now – yesterday there was an emergency and she was in the hospital. It’s hard as a parent to helplessly sit by, 4,000 miles away. So this is an interesting lifestyle, but I do keep reminding myself that we live in the best of times in the best of worlds, and I’m really lucky to be able to make my living as a musician, travelling the world playing to people and selling albums. I could be a cab driver like I was for 12 years, and that’s sort of a soul-killing exercise, so this is a pretty good proposition even with the minor drawbacks.

“I am on the road about three months a year, and you have to remember that you don’t just travel to tour. You go on the road to make an album and collaborate, too. But for the next four or five years this is what I’ll probably be doing, and hopefully after that I’ll be able to… Well, I have a novel and screenplay both pretty close to being done. They may require me to travel – putting out a novel is a bit like putting out an album, as often you have to tour it. If you’re lucky, that is, if people are interested. Fortunately nowadays you travel someplace and then come home quick – it’s not like I’m spending three months on a ship crossing the ocean or something.”

For all the plaudits that come the way of his records, White remains rooted to his self-laid foundations; his spirit, it seems, is affected little by critical consideration, be it of a positive or negative variety. “I have a mind like a child – I walk through the world with a fog behind me and a fog in front of me,” he says, cheerily. “I can barely see where my foot lands.”

Where it lands may remain a mystery to our protagonist, but from the outside looking in it seems his trajectory is assured: onwards and upwards for the foreseeable future.

Transnormal Skiperoo is out now on Luaka Bop. Jim White’s website can be found here, and his UK dates are as follows: