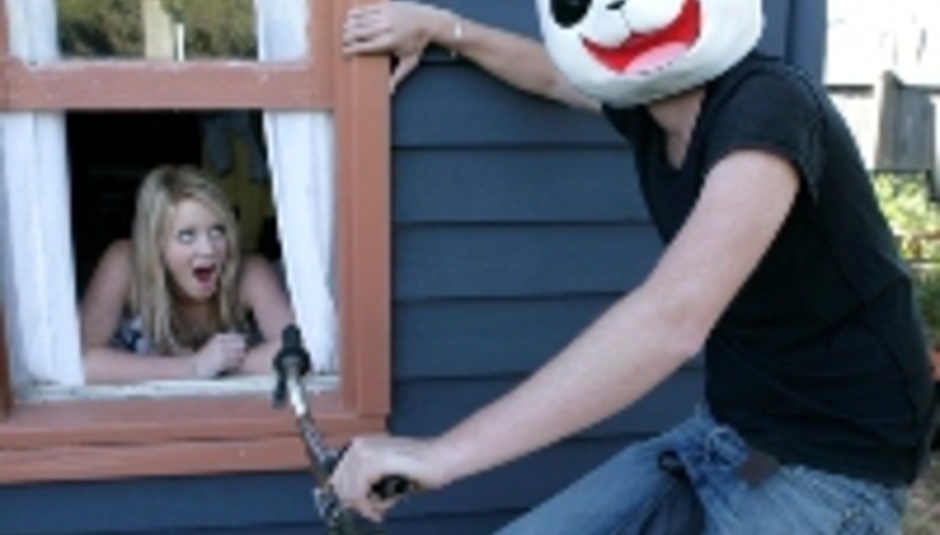 Australia's Bumblebeez: a little 'I Am The Walrus'

Australia's Bumblebeez: a little 'I Am The Walrus'

From lounges to dancefloors, Bumblebeez blend a not-so-seamless mix of pretty much everything, Chris Colonna tells Richard MacFarlane…

I had unfortunately missed Bumblebeez at a festival that could probably be considered Australia’s Glastonbury, Splendour in the Grass. I was busy making my way from one bar to another, and in between I bumped into a friend of mine who is pals with the band. “I’ve just been dancing in a panda suit on stage with the Bumblebeez!” she exclaimed, understandably excited. It was dusty, hot; I squinted in the sun and scalded myself for missing an act that, by the sounds of it, were great, and for only managing to see decidedly average bands with the same old ideas of live performance: strutting around with guitars looking cool. Who needs it! Not me, and not Chris Colonna, either.

“I get really bored with it. People often seem to want this safe sort of option, especially in Australia. It’s great to listen to on a CD at home but if I go to a live show I want to be entertained. I find it really quite boring, especially because so many people seem to be into it. Everything needs to be so neat and tidy.

“I don't want it just to be just a crazy punk show, I want it to really step up and go to more of an arty, visual sort of treat, with a lot of animations and lasers to take it that next step over. Saying that, it’ll take a lot of preparation. The dreams that I have and the goals that I want to have do cost a lot, but we’re definitely focused on achieving them.

“It’s not that we try to go against what else is going on in Australia and the world as far as live shows or making music goes; I’m not sure if that’s the case. I don't know if its growing up in the country that meant we don't have any discipline of subculture to be part of, we’ve always just done our own thing.”

They’re now based in Sydney, but growing up in Braidwood, an absurdly small country town in Australia, Bumblebeez’ Chris listened to Nirvana, early Chilli Peppers, NWA and a lot of party hip-hop jams; whatever anyone in Braidwood could get their hands on, really. It’s hard to get access to decent music coming from this sort of place but Chris is resourceful; he had to be. Still, it’s exciting how many different styles are mashed together on their debut album, Prince Umberto And The Sister Of Ill. Furthermore, it’s amazing how good they are at putting on different masks and executing these different styles. It’s not an especially Australian sound, and in a way it’s hard to recognise them as an Australian band (I heard about them on the internet a long time before I head them here in Australia). Maybe they are inherently Aussie in their approach: DIY, appropriating styles in a post-modern way, making them their own, even if the sounds they like are mostly American. It’s how culture works in this postcolonial island; hugely Americanized, or just everythingized. You know, globalization ‘n’ shit.

The new album is a strange mix of sounds; it’s like a mixtape of sorts, mostly rooted in hip-hop territory, but crossing over into all sorts of styles and genres and sub-genres, though the titles for these seem redundant talking to Chris. It all seems very instinctive for him…

“I pretty much based all my production on the same style. Someone like RZA is a good link, or a lot of the ways that hip-hop music is made. Even if I’m making a rock song, it’ll still be based in hip-hop production.”

Chris doesn’t do all of the production himself, and on the new album he worked with James Ford, who came out from England to Chris’ lounge and bedroom after working with the likes of Justice and Arctic Monkeys (he’s also a member of Simian Mobile Disco). It was in his house where over 30 tracks were recorded for the album. And from this house to dancefloors everywhere, Bumblebeez’s skuzzy lo-fi pop is always frenetic. It works this way; he’s a pretty chilled out guy, suited to recording in the comforts of home rather than some sterile studio.

“A lot of people were saying I should go into the studio and get a more hi-fi or sonic sound and I tried it. We did that for about two years but in the end I just deleted it all; it just felt wrong, going to these places that you don't know and trying to make something. So we went back to the place where I’ve always done it. I don't know if it was a sentimental thing, but it just felt right doing it at home. The whole process, with James coming over, it was all very relaxed.”

It’s quite a poppy record, but there’s an undercurrent of weirdness. It’s just that little bit off; it’s ‘I Am the Walrus’, it’s a sunny psychedelic rollercoaster that goes through the occasional dark tunnel. It warbles.

“It’s quite a dramatic record, it changes. It does go from, say, a hip-hop song to a punk song to a weird psychedelic love song. It’s like a journal; a music journal of my life at the time. I guess the way that I’ve segued it together, I was trying to make it like a crazy mixtape. It jumps through all genres of music and goes in and out. I wanted to make it quite ‘ADD’ as well; something that doesn’t really give you a chance to settle with it. I don't know why I like that but I always have; even on the radio I’m always flicking from one station to another all the time.”

Bumblebeez's 'Dr Love' single is released on October 22 via Modular; their MySpace site can be found here.

Oh, and best promo photo ever...