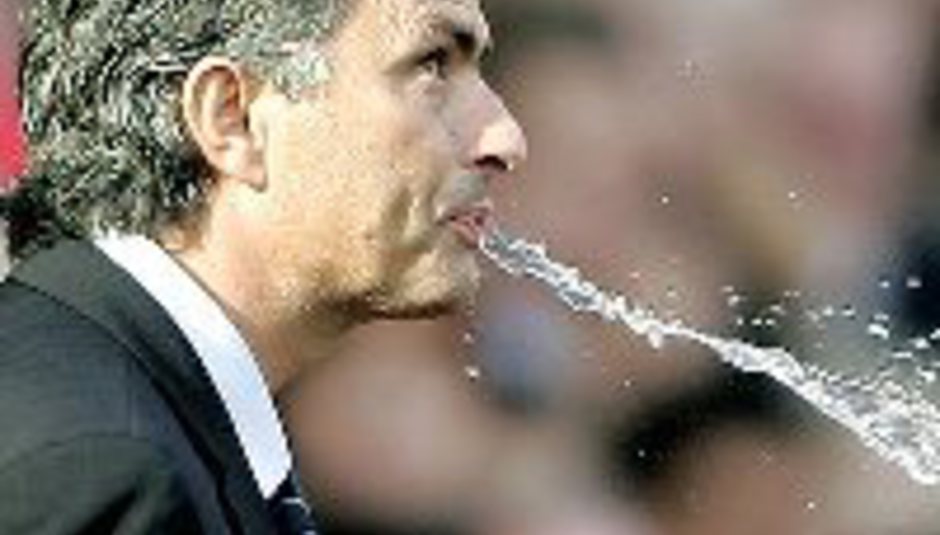 A Month In Records: September 2007

A Month In Records: September 2007

And so you might well spit, Jose, at the manner of your premature departure from the Bridge. But cry thee not, our Portuguese special one: the month of your skedaddling from a sinking ship coincides with the release of many – and that really is many – a fine album.

While Chelsea struggle to find a league goal – that’s none in the month of September by our reckoning – DiS has been blessed by fine back-of-the-net offerings from a plethora of artists from myriad fields. Genres skewed, pigeonholes popped: all of the below are must-own LPs in our eyes. Or ears, we guess.

Will October be so bright and beautiful? Possibly: there’s a Les Savy Fav album out this week, and later this month both Beirut and Efterklang issue their gorgeous new long-play offerings. Expect ‘em all to feature in the next A Month In Records. Oh, and did someone already mention something about a new Radiohead album? HEALTH
Health (Lovepump United)
Says Kev Kharas: “A four-voice chant rises up, guitars sleep, drums just pound. It's restful, frightened; neo-tribalism when the camp fire's gone out - the thin line between good and evil feels thinner than ever and ears cling to its simple rhythm like a lullaby after the nightmare noises that shook before. HEALTH act the brave, but there's fear in the dark. The players are human, even if the world they raized seems alien, and the rhythms they make are innate as pulses. At its completion, it suddenly all fits.”
Read the full review Swimmer One
The Regional Variations (Biphonic Records)
Says Billy Hamilton: “This time of year can be a bitch alright – especially for the less optimistically minded – and with the release of The Regional Variations Edinburgh/Glasgow-based electro smugglers Swimmer One have perfectly encapsulated fall’s bittersweet disposition. Captivating to the point of hypnosis, it is a record of such heart-melting honesty not even the bitter autumnal chill can penetrate its innately warm interior.”
Read the full review Animal Collective
Strawberry Jam (Domino)
Says Nicholas Garcia: “From the very outset, a transformation has clearly occurred. Whilst structurally Strawberry Jam largely adheres to pop conventions - most tracks being based around a simple verse/chorus progression - an immediate discord is struck by the treatment of the vocals. As Avey Tare’s voice permeates the gurgling introduction to ‘Peacebone’, it enters unprocessed, unflanked by harmony and dominant in the mix. Utilised throughout, this new aesthetic enables the listener to inhabit the album’s lyrical landscapes in all of their glittering light and ominous shadow.”
Read the full 10/10 review Pinback
Autumn Of The Seraphs (Touch & Go)
Says Mike Diver: “Album four from San Diego indie-pop collective Pinback brims with more box-ticking excellence than its immediate predecessor, Summer In Abaddon. Whereas the band’s 2004 long-player was a studied exercise in melancholic understatement, melded to some mightily addictive pop hooks, this ten-tracker is an immediately gratifying affair that pulls not a single punch in the catchiness stakes. Pinback may have successfully birthed the year’s brightest indie-pop album.”
Read the full review Thurston Moore
Trees Outside The Academy (Ecstatic Peace)
Says Samuel Strang: “For over a decade Thurston Moore’s solo ventures have provided a means to indulge and detail his deepest noise tendencies. Whether the spiralling improvisation of Three Incredible Ideas or the directionless avant-garde of Lost To The City, there has been little that resembled the Sonic Youth spill-over that Moore’s 1995-released Psychic Hearts provided. But whilst Trees Outside The Academy is an explicit return to the realms of traditional song writing structures, this is a barren call.”
Read the full review Kevin Drew
Spirit If… (City Slang)
Says Alex Jones: “This is a remarkable collection of songs for so many reasons… I think it’s best I wind down my praise before I begin sounding like a Bible Belt nutjob. Not since Mansun’s Six have I heard an album twist its songs into a musical Lombard Street – and I can already picture the audience screaming its approval in the break – before a wall of static and synthesizers takes us home. And home is a little nicer place to be after taking a ride on Spirit If…”
Read the full review Future Of The Left
Curses (Too Pure)
Says Nick Cowen: “Even though Curses blasts by in under 40 minutes it leaves a lasting impression. What's even more impressive is how Falco, Egglestone and Mathias manage to eclipse the efforts of their previous bands. Curses cuts a bloody swathe through your cranium, leaving you reeling and gasping for more. The battle cries have been practiced, the troops are focussed and playtime is well and truly fucking over.”
Read the full review PJ Harvey
White Chalk (Island)
Says Sean Adams: “There are many moments of genuine brilliance here to help you alleviate the day-to-day, and which remind you why people make music in the first place: to share their honesty and imaginative ideas, in a way that’s so honest that its authenticity is refreshing… With its bones on show and chest wide open, White Chalk may not be the greatest album of all time, it may not be to everyone's tastes, and it may not even be Polly’s finest. But let it and it'll haunt you.”
Read the full review Cadence Weapon
Breaking Kayfabe (Big Dada)
Says Francis Jones: “The first cut is deep indeed, synth stabs and severs, chopping rhythms rough and ready, creating a maelstrom of sound. Imposing order upon this musical chaos theory is Rollie Pemberton, aka Cadence Weapon, a precocious 21-year-old Canadian rapper. Cadence breaks the binds of convention, eschewing sloppy hip-hop clichés; his lyrical exhortations are as fresh and sharp as shrapnel, but as measured as the scales of justice.”
Read the full review Iron And Wine
The Shepherd’s Dog (Transgressive)
Says Tom Milway: “The Shepherd’s Dog proves that in the world of Iron And Wine change is, again, most certainly afoot, padded-out by full-band-encompassing electric guitars, banjos, pedal steel, horns and piano. But what really stands out is how …Dog literally hits the ground running from its opener, ‘Pagan Angel And A Borrowed Car’, cutting a clear slice from the organic and distinctive junkyard percussion and deep-fried blues stomps of Tom Waits.”
Read the full review

---
The ReDiScover Album of the Month Botch
We Are The Romans (Deluxe Edition) (Hydra Head)
Says Mike Diver: “There’s no doubting that We Are The Romans is a genre-defining classic, second only if we’re being really honest to Refused’s The Shape Of Punk To Come in terms of lingering, influence-spreading aftershocks within the punk and hardcore community of today. If you’ve made it this far full of curiosity – Botch being just a name you’ve read other bands praising – then now is the time to take action.”
Read the full review