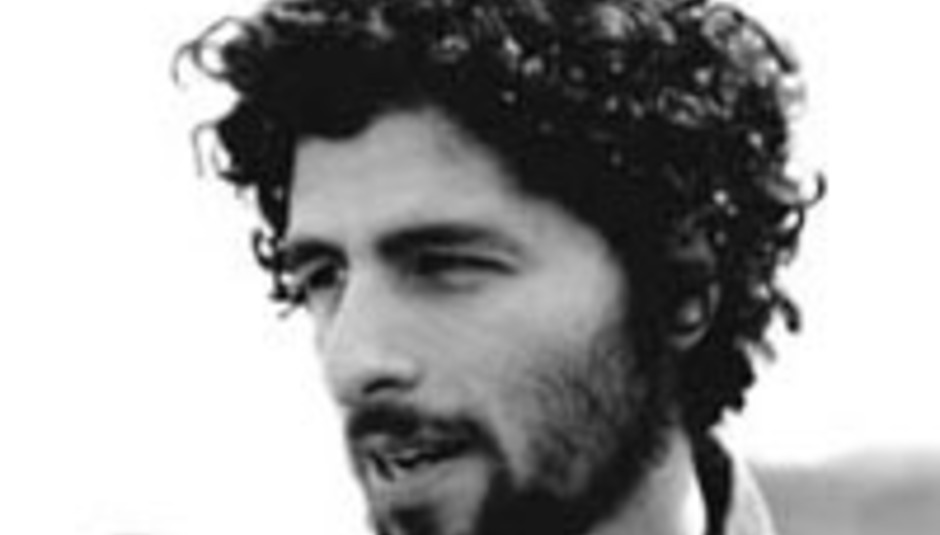 José González: "My lyrics are inspired by hardcore music"

José González: "My lyrics are inspired by hardcore music"

José González is a thoughtful interviewee. Curly of hair and gently dark of beard, he peers into the microphone as he translates his answer through a mental logarithm of Swedish (his home country) and Spanish (his parents were born in Argentina) into a more than acceptable level of English.

“I grew up in Sweden, though we talk Spanish at home; it’s very mixed,” he offers. So why write and perform in English?

“When I started writing lyrics, it was in English. A lot of the stuff that we listened to was in English. I don’t know why, but in Sweden almost all kids write music in that way.”

He continues: “Back then I didn’t reflect on it, [but] now I’m happy I write in English, because I reach out to more people.” How about artistically? “Well, I felt like it was distancing the songs from myself too. It’s more poetic when you’re not as direct. In Swedish, it felt more unpoetic and personal. Too realistic in a way.”

Perhaps it’s no bad thing that he writes from a distance, for his latest LP In Our Nature is a bitter-sounding, accusatory record. At best, could you call it darkly romantic.

“Dark, definitely, I don’t know if it’s romantic. But I tried to bring out the dark side of people.” And what about a track entitled ‘Kill For Love’? “That song is not about a person-to-person kind of love,” he explains “It’s more about having an idea or an object that you love and that love can change into hate if someone questions it or intrudes on your love.”

But regardless of using the language barrier to distance yourself, how much of this record is about you and your experiences? “To some extent I’m using myself as the subject, but in most cases I’m trying to be general and using my experiences, but not only that… I’m trying to be vague, I’m trying to use the word ‘you’, and not so much ‘I’. I feel like I’ve been less introverted than on Veneer and maybe more accusing.”

Well, some might think you’re um, an angry person then? “I think it’s more interesting as an art form to use anger – I start with the music and add the lyrics and feel it fits with the soft sounds but still energetic finger picking. I think I’m inspired by hardcore lyrics.” He thinks again and adds: “As a person, I can get angry about stuff in the world, or about people doing stupid stuff. In general I’m optimistic, but I’m bringing that [negative stuff] out in the songs. Anyway, it makes it more interesting than singing about day to day lyrics: ‘I woke up in the morning, had a cup of coffee and my girlfriend left me, and now I’m sad’.”

Something that might cause more consternation – perhaps for the more cynical sections of the listening public – is the placement of a cover of Massive Attack’s ‘Teardrop’. An attempt at repeating tricks past? In fairness, José shows no consternation at this line of questioning, answering rather cheerfully. “It’s been one of my favourite songs to play,” he states benignly. “Iit’s a beautiful song. At first I didn’t think of it as a song that would make it onto an album, but it’s become a live favourite and people seem to like it.”

I haven’t done that many covers – six or seven. The ones that I’ve done, people seem to react to. It’s not that strange in a way – there are millions of songs [out there]. It’s nice as a way to move forward. I’m very slow at writing, so it gives me a way of keep playing music – I just need to pick up a guitar.”

I always wonder about the quality of those people who write like, 400 songs. I’m very slow at writing. Since Veneer I did a couple of EPs, and ten songs for this, and now I have no more songs. So that’s a reason why it’s nice for me to be able to do a cover.”

Of course, regardless of the success of In Our Nature, it will be tough to match the worldwide success of its predecessor – a record that seemed to succeed almost despite itself, and really on a single turn of luck: the use of his ‘Heartbeats’ track, a re-working of the dance-tastic song by The Knife.

José is, again, fairly sanguine about the whole affair: “I just make the record and then they start working. To be honest, [when I finish recording a record] I feel like I am done with it, and then that’s when they start… for them (label Peacefrog) it was all about opportunities. The commercial with Sony (for ‘Heartbeats’) brought it out to a lot of people, so they saw the potential for tying up the commercial with my record."

I felt like there were some compromises, like putting out the single with the bouncing balls on the cover. I just picture myself being young and an artist, and I didn’t like that idea. [However], I don’t really feel to myself that I’m promoting something, but if other people want to do it, it’s up to them, as long as the compromises aren’t too big.”

I suggest to him that he was fortunate – in that the advert was good. José agrees: “Doing these things, it’s not black and white – it’s all about trade offs. Most commercials aren’t that cool. I’m happy that the producers chose to have that song. They could have chosen something off the Sony BMG catalogue, so maybe that says they were trying to do something interesting, or something more.”

And does he still have his Sony Bravia TV? Rumours are that he got rid of it? “No, no,” he smiles. “I still have it, but I’m not at home that much, but friends want to come round to watch the football, so they borrow the keys and watch TV when I’m not there.” At this moment, I realise that I want to be José González’s friend.

With the last record you worked really hard, I offer. “It was really a lot of shows. Sometimes I work really hard, I guess, because I can just bring the guitar. Being in a band maybe you can’t accept all the opportunities you get, but me, I’m really bad at saying ‘no’. I’m starting to take care of my personal life a little bit more though. I’m in a relationship now, so I have to think about someone else.”

Perhaps you’re a victim of your own minimalism? He laughs. “I’ve been doing this for almost four years now and I’m beginning to be aware of it all more. You realise that maybe you’re missing out on opportunities, but you don’t actually have to sell that many records. I could sell a hundred times less and still pay the rent. If I can make the music I like, I don’t need to worry about what the public likes. I haven’t bought a Ferrari yet.”

What about touring as you do? Isn’t being the one-man band (literally) quite the lonely role?

“I don’t see it like that. Of course, when you’re on tour and it’s only me and a sound engineer, it can be a bit lonely, but I’m constantly around people, so it’s definitely not as lonely as when I was at university – doing very lonely work research work. You’re in a group but you’re very alone, doing a PHD.” What was he studying? “Bio-chemistry, but after one-and-a-half years I released the album.” Would you go back and finish your education? “I don’t think so, no. I’m still interested in it, but it’d take too much effort. I’d rather just read some popular science magazine. When I started touring, it was all a lot of fun – drinking after shows and being hung over. And after a while I thought, yeah, maybe I could do more - I started reading magazines. In the last year I started realising I could read interesting magazines and you know, real books…”

Continuing the theme of singularity, is it hard to play these larger shows that you now do when it’s just yourself on stage? Do you feel exposed? ”I actually feel less exposed when it’s bigger,” he retorts. “Sometimes I get that feeling when the audience expects more – that’s when I feel awkward, but actually usually it’s smaller crowds. I want it to be about music. I’m not an artist that puts on a show. I think of things like Simon and Garfunkel in Central Park – it’s worked before. I grew up learning classical guitar and seeing 2,000 people watch someone play a guitar just instrumentally. As long as the people are okay with it being stripped down, it’s not a problem.”

As our time runs out, I mention a person he has collaborated with: British rapper Plan B. José is quick to correct me: “He used the music without asking. Actually, someone who does my press wrote that in the bio, so hopefully they’ve changed it now.”

José González: The artistically angry singer-songwriter with his own hip-hop beef.

In Our Nature is out now. For more information on José González, click to his MySpace page here. Future UK tour dates as follows: