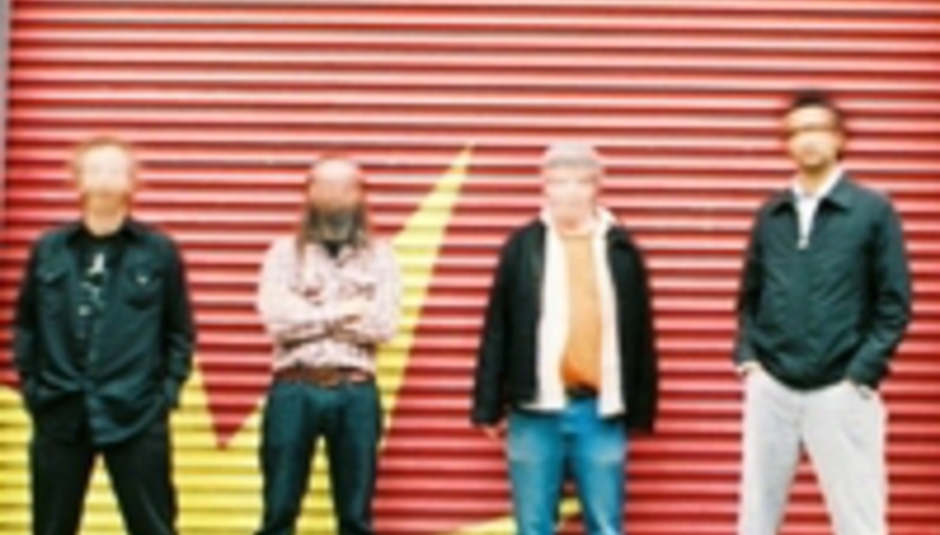 San Francisco will probably always struggle to shrug off the 40-year-old 'Summer of Love' weight of history that hangs over one the most beautiful and chilled of US cities. We've had punk, Bay Area thrash metal and hardcore since, but the love and peace era personified by the Haight-Ashbury hippie revolution and the Golden Gate Park 'Be-Ins' of 1967 continue to fascinate.

Recently a handful of bands loosely based in and around the city have taken the free experimental spirit of '60s bands such as the United States of America, the Velvet Underground, Silver Apples, and the West Coast Pop Art Experimental Band and filtered their sound through the motorik shuffle of krautrock and the discordance of obscure minimalist composers. I spoke to Wooden Shjips guitarist/vocalist and founder member Ripley Johnson via the magic of e-mail and asked him to explain a few things about their retro-futurist sound.

When I listened to the recent Wooden Shjips track on last month’s Mojo cover-mounted CD I got the track listing mixed up and initially thought I was listening to the early Soft Machine demos when in fact it was your track! Anyway, it piqued my interest being one of only two contemporary tracks on the CD. Is it possible to explain how the band came to be and how its original improvisational style mutated into the band’s sound today?

“Ha ha! I don’t really know much about Soft Machine either, though I’ve read good things. The original plan was to integrate elements of different genres of music: the minimalist movement of the ‘60s and ‘70s, especially the music of Angus MacLise, Terry Riley and John Cale; primitive rock, a la the Velvet Underground, Link Wray, the Seeds; and the improvisation of jazz and psychedelic rock. Originally we just jammed together and felt our way forward. No real songs. We did that for about nine months before playing our first show.”

From an admittedly unseasonably warm autumnal London it's easy to romanticise a San Francisco/West Coast scene in which you're swapping riffs with Howling Rain, Earthless and Assembled Head in Sunburst Sound. Is there any reality to this at all?

“Ha! Unfortunately, no. We opened a Roky Erickson show with Howlin’ Rain earlier in the year, and we have a show with Earthless coming up. That’s about the extent of it so far.”

Whilst referencing some classic ‘60s and ‘70s psych/kraut and experimental bands, your music (to me anyway) seems equally informed by a more ‘80s aesthetic of taking these influences and spinning them (I’m thinking Loop, Spacemen 3, Scientists etc here). Does my shoddy theory have any relevance? I'm not saying you're stuck in the ‘80s!

“Actually, no. We’ve gotten those comparisons before. Obviously, we need to go record shopping. I really like Loop, but it’s a relatively new discovery. I don’t think the other guys have heard any of those bands. I suspect that they were influenced by the same music as us: Velvet Underground, Stooges, 13th Floor Elevators, etc. I think it’s just natural for bands to want to beat a riff into the ground over and over. It’s always been that way. Whether krautrock, or the electric Miles Davis bands, or ? and the Mysterians.”

In this age of blogs and MySpace sites I was, after hearing your track on the Mojo cover mount, able to track down a lot of info about you very quickly. Do you think this loss of any intended or accidental mystique is a good or bad thing?

“It’s just different. I grew up deciphering album covers for little clues about a band, and referencing the Harmony Encyclopaedia of Rock for discographies. Hunting for records used to be more of a sport. If someone really wanted to remain a mystery today, I think they could. It would take a profound commitment. The flipside is that you can be relatively obscure and have a substantial audience. That’s good for everyone.”

You've released some hard to find, over here anyway, singles: is the plan to keep releasing odd singles with various labels?

“Absolutely. How we’ll release them, I don’t know. In some ways it’s easier to do it ourselves because we can keep the overhead low and the turnaround quick. We just co-released one with Holy Mountain to benefit Food Not Bombs. The first pressing proceeds will go to them, the second pressing will go towards our rent. We like that model and are thinking of doing a holiday record in a similar way.”

“From my perspective on stage, I would describe it as loud and loose. We would love to come to the UK. We’re hoping sometime next year!”

Let’s hope they do! Wooden Shjips’ debut album is released on the mighty Holy Mountain label and is in the shops now; the DiS review can be found here. Feed your head at MySpace.