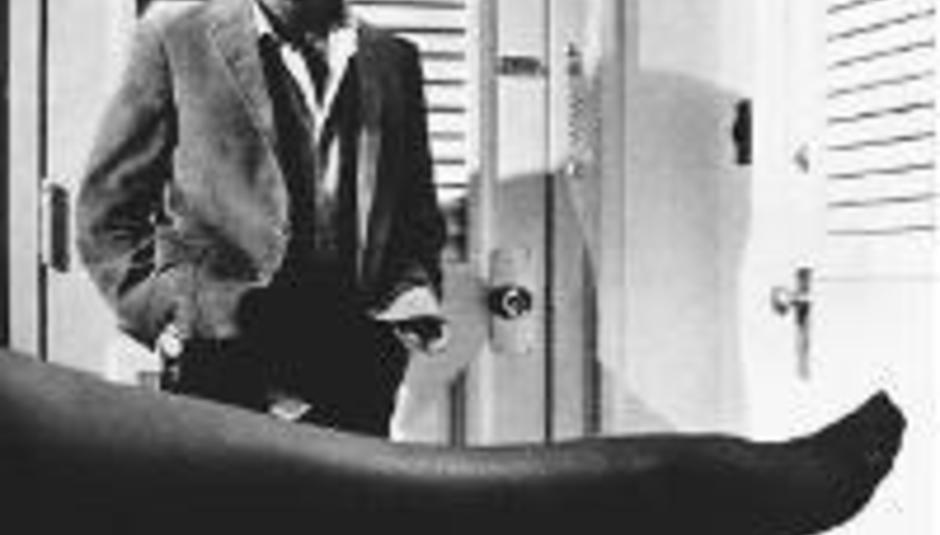 Do you, like me, have a soundtrack to your life? Imaginary or real, have you mentally accompanied your best, most-triumphant moments with a blistering chorus of Jimmy Eat World’s ‘Praise Chorus’, or perhaps scheduled your next romantic liaison to a emotional-swoon as provided by The Maccabees’ ‘Precious Time’? Personally, every Wednesday before heading down to the Catford Powerleague for my five-a-side showdown, I make sure that the Alkaline Trio’s ‘Continental’ is playing at ear-shattering volume. When I finally get round to that (short) goals compilation, that will be playing.

Films, of course, have been using that trick for years; pumping decibels enhance, or at least point out, the key exultant moment as the jet plane flies upside down, or the man leaps over the oncoming lorry. Or, in the case of Chad Kroeger’s ‘Hero’, when Spiderman finally gets to bone Mary-Jane. Sad? Throw in a bit of Elliott Smith. Things getting a bit mysterious? Try ‘Killing Moon’ by Echo & The Bunnymen.

All of these moments, of course, ring true in our psyches as some of our favourite movie soundtracks: Donnie Darko, Good Will Hunting and Spiderman II are flawless collections of songs that enhance, rather than merely accompany, the films.

It’s not a new trick of course; you can look back 30 or 40 years for pop artists throwing their tunes onto acetate to marry up with the big film industry. Beginnings: film and music contracts tied up, with the big production studios, for the likes of Elvis, Frank Sinatra and The Beatles. Even back then, though, you had a corking Simon & Garfunkel-penned soundtrack to The Graduate (‘Mrs Robinson’, ‘Scarborough Fair’) and the rustic accompaniment to Pat Garrett and Billy The Kid as provided by Bob Dylan (‘Knocking On Heaven’s Door’).

It was in the ‘80s and ‘90s, and onwards, though, that the trick of collecting up your favourite bands and artists for the sake of a vague theme seemed to work. Sort of the flipside to the one-track chart-humping dominance that were the Hollywood-spawned filth miscreants like The Body Guard (‘I Will Always Love You’ – Whitney Houston), Robin Hood: Prince of Thieves (‘Everything I Do.. ’ – Bryan Adams) and Days of Thunder (Maria McKee’s ‘Show Me Heaven’). Big hair and big ballads, one and all. Fortunately, ‘we’ had the likes of the fantastic Repo Man, which featured Black Flag, Circle Jerks and Suicidal Tendencies, and the ladies had the Breakfast Club’s ‘Don’t You Forget About Me’ by Simple Minds – a song rather more ubiquitous in the Ronald Reagan era.

Most of the DiS office favourites come from more modern times, and rather more independently-minded films. Without nary a second’s required consideration, Grosse Point Blank (awesome ‘80s-infused soundtrack with The Clash, The Jam, Pete Townsend and G’n’R), The Big Lebowski (Creedence, Dylan and Kenny Rogers), Pulp Fiction, High Fidelity (another amazing Bob Dylan track, ‘Most of the Time’) and the aforementioned Donnie Darko are obvious shouts.

There are naturally those bands that benefit from the celluloid screen far more than they ever did by way of live shows and press. The Shins became college rock mainstays following their appearance on the none-more shuffly Garden State soundtrack, which also included Iron & Wine, Nick Drake and, um, Coldplay. Iggy Pop got a much-needed non-narcotic shot in the arm from soundtracking the promo and mood of Trainspotting with his ‘Lust For Life’ (alongside ‘Lager, Lager, Lager, Lager, Lager…’ by Underworld, of course, or ‘Born Slippy’ to anyone snapped out of a dancefloor trance). Who would have heard of Gary Jules without his re-imagining of ‘Mad World’, as originally composed by Tears for Fears? His mum, maybe.

Things have perhaps come full circle now, with some films seemingly garnering more interest by way of their musical compositions than actual narrative content. Hallam Foe is a recent example, with much vaunted new content from Franz Ferdinand (which was actually rather dreary), and Mogwai donned their shorts to create a soundscape to 90-odd minutes of following France’s footballing legend Zinedine Zidane around the pitch. That was in fact brilliant, though. And you can always expect any big-budget Warner’s action film to have a soundtrack of nu-metal dolts, usually Linkin Park, wailing like neutered chimpanzees.

DiS’s Mike Diver’s favourite OST is that of the original Transformers: The Movie. He sings ‘The Touch’ every day in the shower. (Neither of these things are true, but that soundtrack is totally cock-rocking nonetheless – Ed)

DiScuss: What’s your favourite pop soundtrack? Have we shamelessly missed some stonewall classics? Why no Isaac Hayes’ Shaft in there? What films do we have to thank for deserved highlighting of great artists? And which movie producer should be shot for unearthing an atrocity? How did we manage not to mention Celine Dion? Bitch.