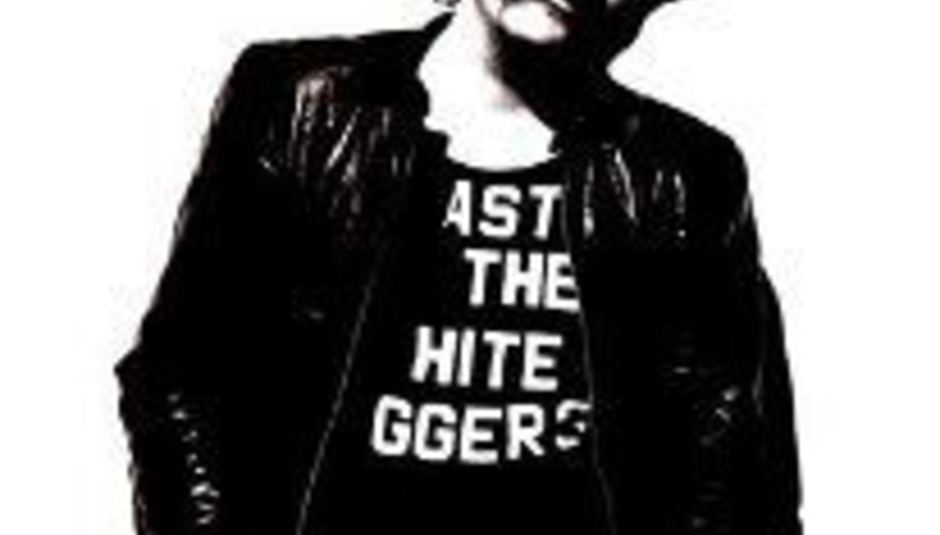 The Weekly DiScussion: what are the essential musical page-turners?

The Weekly DiScussion: what are the essential musical page-turners?

“Hey, I'm not the smartest guy in the world, but I'm certainly not the dumbest. I mean, I've read books like The Unbearable Lightness of Being and Love in the Time of Cholera, and I think I've understood them. They're about girls, right? Just kidding. But I have to say my all-time favourite book is Johnny Cash's autobiography, Cash by Johnny Cash.”

Thus spake John Cusack in High Fidelity and, you know what, we get him. As much as writing about music might be like dancing about architecture, there are few feelings in this life greater than unearthing a truly essential book about music from all the myriad dross publishers have seen fit to inflict on the public, from the cash-in bios detailing Doherty’s latest philanderings to the endless coffee-table prattle of best-ofs, worst-ofs and must-haves.

For instance, few with an enduring passion in rock will forget the impact Lester Bangs had on their musical worldview and, cliché though it may be, I for one think he’s still unrivalled for the pugnacity of his arguments, the unapologetically partisan nature of his views and the sheer generosity of his writing. Psychotic Reactions And Carburetor Dung is the essential tract, with highlights including his always-memorable encounters with Lou Reed (and his legendary review of Metal Machine Music), and a self-critical, surprisingly affecting look at the racism implicit in the NYC new wave scene of the late ‘70s.

In contrast to Bangs’ anti-muso invective, Ian McDonald proved that academic rigour and passion aren’t mutually exclusive with Revolution In The Head, mixing surgically-precise dissections of The Beatles’ songcraft with deft insights into the band and the culture that spawned them. And if it’s the scholastic route floats your boat, look no further than Simon Frith, whose po-faced approach to pop culture has drawn criticism from some quarters and has spawned many books including the scarily-titled The Sociology Of Rock. Similarly, Greil Marcus is a firm fave for the lofty of brow – after the nigh-on impenetrable Invisible Republic, which posits Dylan’s The Basement Tapes as an allegory for his so-called ‘Old, Weird America’, Marcus outdid himself with Like A Rolling Stone: Bob Dylan At The Crossroads, essentially a biography of Dylan’s mind-bending chart hit. Yes, that would be a biography of one fecking song.

Back in the Bangs tradition and we could hardly go without mentioning Nick Kent, the archetypal journo-as-rock-star whose impressive CV includes an alleged beating from Sid Vicious and having the dubious fortune of witnessing an OD’ing Keith Richards turn blue. Look to The Dark Stuff for inspiration. The hacks to emerge from the post-punk era offered refreshing alternatives to Kent’s rock ‘n’ roll profligacy – Paul Morley’s attempts to shoehorn post-structuralist theory into gig reviews might have occasionally been grating, but on his day he’s unbeatable. Words And Music: A History Of Pop In The Shape Of A City’ – which sees a robotic Kylie Minogue travelling with Morley in a cyber-car towards a city of ‘sound and ideas’ – might be a weird jumping-off point, but then, weird is Morley all over.

If it’s exhaustive and authoritative portraits of an era you’re after, Jon Savage’s England’s Dreaming offers a definitive history of punk, Everett True’s Live Through This is a fascinating account of the grunge scene from close quarters (he famously introduced Kurt Cobain to Courtney Love), and Simon Reynolds’ Rip It Up And Start Again shines a light on post-punk’s dankest recesses to produce a convincing argument for the era as potentially rock’s finest hour. Oh, and Nik Cohn’s Awopbopaloobop Alopbamboom, written at the tender age of 22, is a riveting and outspoken account of rock’s formative years (Pet Sounds as the moment Brian Wilson lost it?!)

And we’ve haven’t even touched on the biographies yet – brilliant Cusack fave Cash: The Autobiography notwithstanding, we’d suggest Julian Cope’s Head On/Repossessed for its insights into the Liverpool post-punk scene and sheer anecdotal hilarity, Bob Dylan’s Chronicles Vol 1 for its sometimes moving, but mostly deadpan recollections, and Stoned, Andrew Loog Oldham’s memoirs of his days as manager of The Rolling Stones and subsequent struggle with addiction.

Last but not least, there are the rock star-turned-novelists, actually pretty thin on the ground now we come to think of it. Sleeper’s Louise Wener seems to have carved out a nice career in peddling middlebrow literature, including Goodnight Steve McQueen and The Half Life Stars, and way before Nick Cave was penning screenplays he was expounding on his gothic themes in The Ass Saw The Angel. Kinky Friedman is perhaps better known as an author of satirical, slightly oddball novels such as Elvis, Jesus And Coca Cola, but was also a cult musician in the seventies with Kinky Friedman And The Texas Jew Boys. Anyone got hold of a copy of Richard Hell’s semi-autobiographical novel Go Now? Can I borrow it?

Those are our suggestions, then, now over to you – what are the best book about music you’ve ever read? Impassioned rants or reasoned analysis? Painstaking research or salacious gossip? DiScuss...