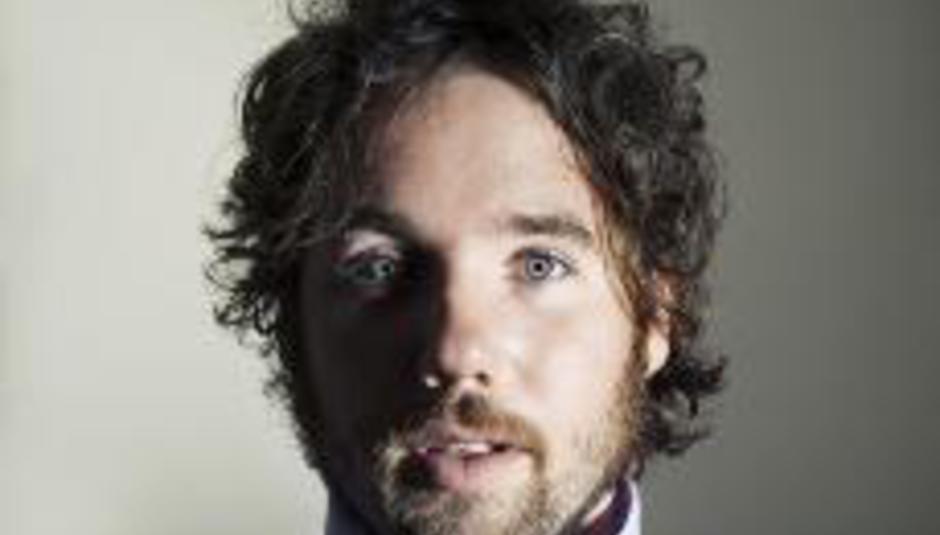 When is a solo album not a solo album? Why, when the band said alleged soloist has ‘split’ from is the expansive Canadian super-group known worldwide as Broken Social Scene, of course.

Kevin Drew is co-lynchpin of the multi-member Toronto collective, alongside Brendan Canning; both musicians release sort-of solo records in the near future – Drew’s Spirit If… arriving this month and Canning’s slated for early 2008. Both feature contributions from a selection of Broken Social Scene artists, who themselves have other roles in myriad indie groups increasingly attracting the attentions of the mainstream.

Spirit If… was written and recorded by Drew over the last two years, alongside Ohad Benchetrit and Charles Spearin; sessions took place at Do Make Say Think member Benchetrit’s place, with contributors dropping in when schedules allowed. Surprisingly, this rather disjointed approach to committing an album to tape has produced a remarkably coherent LP, one that is reviewed here. Released on September 17 through City Slang, it’s an album that echoes the emotions of last year’s self-titled BSS record, but possesses a feeling of understatement that Drew’s last couple of ‘other project’ LPs lost touch with. No grandeur here, or at least not where it’s not wanted; Spirit If… is touching for its introspection and reserve.

DiS got on the phone to Drew ahead of his UK dates in October – scroll to the bottom for dates – to discuss his new release.

Hiya Kevin…
Are you recording this or are you typing it? Recording it?

Yeah. Modern technology is taking care of business this end…
Thank God… I can’t stand that… the pauses, yeah. I can’t handle it, when you talk to people and they’re doing that. You’ve gotta get what comes out! You can’t get the short version of what comes out! Oh my…

I guess not. So, Spirit If…, then…
The album… which your website quite liked! I saw that… oh my gosh. I like that guy! I don’t go searching for myself – I get people giving me stuff. But I do occasionally Google myself, to see my name here and there. Although it doesn’t bring up that much…

I’m sure it does, really. And to the record: it has a different feel to it than the last Social Scene record. It’s more laid back, relaxed, stripped-back in style. Less fuss and bother. Are such differences necessary to separate it from a ‘regular’ Social Scene release?
I feel guilty, because people ask me about the differences between this album and Broken Social Scene, and it’s down to the recording. I know that for myself. I went over to Ohad’s place, two years ago, and with him and Charles we went over, me and Brendan Canning, and ‘Fucked Up Kid’ and ‘Bodhi Sappy Weekend’ came out of that session. ‘Bodhi Sappy Weekend’ is a classic example of the whole band, basically, being there – everyone came in and wrote around Ohad’s guitar line. On that basis, there were no thoughts about trying to separate anything, about making this record separate from anything that came before it. I am Social Scene, y’know – it’s what I do, and with these songs we weren’t making a record, we were just recording.

Sounds a little fractured – just how did you piece the LP together? And why decide, considering the musicians involved, to issue it as a solo album?
We just put everything together, and decided what we wanted to happen. How we were going to do it we hadn’t thought about until we absolutely had to. Nobody was there – except Ohad, Charlie and I – for the last year, so the names, if they came, they came a year and a half ago. I had to remind them what they did on it. That, or they came in near the end – Justin (Peroff, BSS drummer) came in at the end and played the drums, because until then all I’d done was lay down midi beats. It’s very much my record – I made it thinking it was a solo record in my head – but there’s a degree of confusion due to who has played on it. We had to put our heads together, and think outside the box, with regard to how we were going to present it.

It would have been easy to push it out as a broken Social Scene record I guess, easier than going down the solo route…
We could have easily gone, “Here’s a new Broken Social Scene record”. But then we’d have been guilty of what so many other bands do. I’ve been making records with Charles for ten years, maybe, and I like working one-on-one with people. Ohad was incredible to me – he woke up the reason why I love to record again, which I hadn’t totally lost but it’d been quiet for the last five years. That last Broken Social Scene record worked and it was fun, but we toured all the time… there was a lot of thought put into it, and I don’t always like that. I have to find the balance between putting so much thought into something and allowing something to develop more naturally.

So the stripped-back line-up is reflected, then, in the ‘Broken Social Scene presents…’ part of the album’s title? And Brendan’s will be a similarly titled affair?
It’s just guest appearances from friends. We didn’t make this record together – the only people that put this together were me, Charlie and Ohad. So it was kind of like, well, I’m such a fan of those guys that it made so much sense to do this. And now Brendan has gone off with these two producers, who are his neighbours… It’s separate people, and more new people are coming to the table now. You have to remember that everyone was gone, all making records. Do Make Say Think, Apostle of Hustle, Metric, Feist… they were all doing their own thing. Dave Newfeld was working with the Super Furry Animals and making his new studio, and preparing for Los Campesinos!, so we were just doing what we needed to do.

There must be times where you don’t see these people – your friends and band mates – for a long while…
It’s true, I don’t see some people for months on end. I mean, it’s good that these people – my friends – are doing things, and there’s always someone to go to a bar with here, still, but it’s different. Obviously that was going to happen, and it’s great – everyone’s soaring past Social Scene and doing really well. These people gave up a lot of their lives focusing on Social Scene, and that can spin you around. Now they’re working that out – some publicly, some privately – and I know that, under the belly of all that, when we all get back together again it’ll still be fun and crazy. There might be bigger egos, or smaller egos; arrogance or humbleness. But the friendships remain. These people all work as hard as they can.

There seems to have been some confusion over your forthcoming live dates, with some people thinking they’re full-on Broken Social Scene shows…
Some of the problem is that it’s been advertised wrongly here – I saw an ad in Uncut magazine, with me standing against a wall with the wording ‘Broken Social Scene’ big and ‘performs the songs of Spirit If…’ really small. We’re trying to be very explanatory in North America, and we were trying to be here, but now I realise that we’re not… There’s just the six of us, playing songs from this record and some from Canning’s record. There might be a couple of ‘classics’, but that’s it, y’know! I don’t know what the powers that be are doing over here, but I’m going to have a word and fix that scenario. I hope people understand that we’re just looking to win people over whenever we go out, and I don’t know how this is going to go. I can’t see it going badly – it’s a lot of fun, y’know?

And it must be refreshing playing new material live, after touring the self-titled album so much?
It’s fun playing new stuff, and it was time for a change. Repetition was becoming knee-scrapes every time you got onto the stage. This is what I love, and when Brendan puts his record out we’ll have that, and then when we all get back together there’s more stuff we can all draw from. We are going for the Grateful Dead, Sonic Youth, y’know? You come to a show and you’ll see three hours of all kinds of things, from all kinds of records. Not just Social Scene records. That might sound scary for you, but it’s not for me!

And after these solo projects, will there be another Broken Social Scene album? Although the band was reported as splitting in some places, it seems to me you’re very much still a gang, albeit one on a hiatus…
It was always meant as a hiatus, but I really did feel that, at any point, this thing (BSS) could just cave in. Really, at the end of the day, it’s about the people – if the people want to play music together again, great. I know I look forward to a new Social Scene record.

Turning back to Spirit If…, I’m surprised at how coherent an album it is, especially given its prolonged gestation…
This album was recorded over a couple of years. ‘Big Love’ was one of Charles and Ohad’s songs, which had been kicking around for a few years. I sort of sang on top of it, and then when we were deciding what t put on the record, that sort of just leapt out. I loved the song so dearly and felt it so close, so it had to find its place somewhere.

And you’ve got J Mascis on there, too, playing on ‘Backed Out On The…’ How did you find working with him, and it’s quite clear that you’re a fan?
You can’t glorify these things, but it was great. We went to his house and hung out for a few hours, and I think he did two takes. That was it. He did two solos, and he asked if we wanted anything else. I was like, “What are we asking you for?”, y’know!? Wanna do another solo? It was very simple, but getting to know him and the band over the past couple of years has been fun.

Something of a dream fulfilled there, then?
Dinosaur Jr – I’m surprised I don’t have their name tattooed on me. I was obsessed with them when I was a teenager – they took me another route. They were one of those bands you heard and it was like whoosh, down another road. And I’m grateful for that. It was totally a dream fulfilled to record with him, and shooting the video was one of the highlights of my life. It was so much fun!

And after October, what are the plans for Spirit If…, particularly with regard to live shows?
We’re going to come back as much as possible and play. I’m going to come to London and give speeches on how people should be more responsible to their hearts, minds and stomach. That’s my goal.

Spirit If… is released on September 17 through City Slang and is reviewed here. Drew and company tour in October, calling at:

Check out the video to ‘Backed Out On The…’ below: