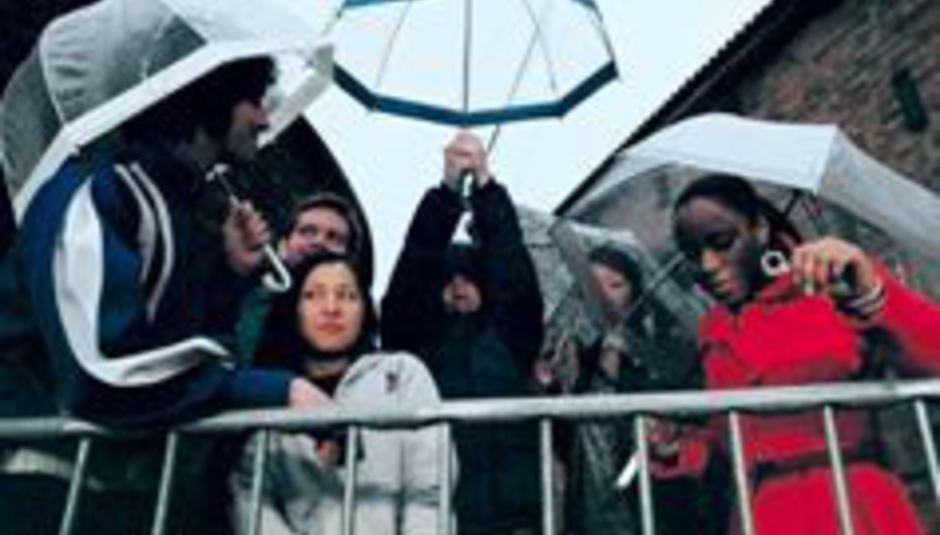 Doing It Right, Again: The Go! Team's Ian Parton on why more of the same ain't no bad thing

Doing It Right, Again: The Go! Team's Ian Parton on why more of the same ain't no bad thing

Since bursting onto the UK popscene in 2004 with the sample-icious Thunder, Lightning, Strike, The Go! Team’s inspired mix of party rap ‘n’ soul and Sonic Youth-influenced white noise has put them among the frontrunners of the select group of British indie acts that can lay genuine claim to being innovators. With a second LP, Proof Of Youth, due to drop any second now, DiS catches up with the brains of the bunch, Ian Parton, to discuss Chuck D, advertising yoghurt and staying ahead of the pack.

Would you call Proof Of Youth a change in direction from your previous record?

I wouldn’t say it’s a new direction, because I’d say there’s plenty of mileage in the idea of hybrids. The influences were still there from the first one, distorting drums, wailing guitars, girl groups and blaxploitation stuff, things like that so hopefully it’s still recognisable as a Go! Team record. But I think it’s definitely more ballsy, in a way, and it sounds more like a live record. It’s a bit more kicking; there’s more noisy stuff in there.

There seems to be more emphasis on the vocals this time around –why’s that then?

There are only two instrumentals on the album this time round, whereas there were like three or four songs with vocals first time around. I’m totally expecting to split people, which is the classic way of the second album. Y’know: this one’s better, that’s better, blah blah blah. But I’ve kind of given up on thinking that way, and hopefully I was able to let the songs guide me. I try to have the approach of asking what a song needs or what it’s missing, you know.

I suppose part of the appeal of Thunder, Lightning, Strike was that it just seemed like a great concept for a band. Did you feel pressure to push things forward for the new album?

My answer to anyone who says there’s no difference between this record and the last would be show me someone else that’s doing it, or show me someone that’s had these kinds of goals with their music. I still think there’s acres of mileage in mixing these things up, and I still wanted to keep it trashy, so there was no desire for a wider audience or to break daytime radio anything like that. The trashiness of it all, the teetering-on-breakdown quality which it hopefully has, is all part of it for me.

What records have you been listening to lately, and have they been shaping your own musical ideas?

Not really. I do tend to hunt shit down, I look for blaxploitation records, old soundtracks, documentaries, tutorial videos, anywhere I think I’m gonna get undiscovered stuff really. I like found sounds, like archives where someone’s actually gone into the street and taped people in their 60s or whatever, that’s the first place for me to explore more so than any contemporaries.

Do you feel much empathy with other bands on the scene at the minute, or do you feel you’re very much ploughing own furrow?

Well, without mouthing us too much I do think we’re doing our own thing in lots of ways, but I think a band like CSS I’m attracted to. I just like the cheekiness, really. They’ve got the moves, I like that broken English rapping style… I’m a bit of a sucker for that.

How did the Chuck D collaboration on ’Flashlight Fight’ come about?

Chuck was really the only person on the wish list of people to collaborate with. We fired this e-mail off, and it was literally months before we got anything back. Eventually I got an e-mail back with the title, ‘about the incredible rhyme animal’! I’d written the song a few days before he replied and it was perfect for him, just kind of stabby trumpets and things like that. He’s literally turned down hundreds of requests every year and he was saying we had spirit and he thought it was interesting...

Was working with Chuck a long-standing aspiration of yours, then?

Yeah, I’m a big fan of Public Enemy, just the way that their music seems to be that much bigger than anyone else’s. You imagine it in Hammersmith Apollo, cranked up; it seems to exist on a higher plane than most hip-hop for me. It’s like they’re fucking declaring war or something.

You’ve made documentaries in the past and the band’s songs are obviously quite filmic – do you ever conceive of your songs visually?

I often do imagine particular scenarios with certain songs, generally just things like screeching tyres or Greyhound bus journeys, sort of Midnight Cowboy-esque images and things like that. I guess that’s why I’m obsessed with super eight , I almost imagine them like that... but it’s not really a planned thing, I guess it depends on the places the samples have come from.

Do you think that explains your songs’ popularity on adverts?

(defensively) Our songs haven’t really been used in ads. I’ve turned down maybe 95 per cent of offers we’ve had, where I can say no I will basically. It’s just frustrating when people bang on about these adverts, I’m like, “Fuck off, man”. It’s used on TV and stuff and I can’t stop that. Like, it’s on some bullshit makeover programme or something, and there’s nothing you can do... But sometimes it’s cool, like on the Winter Olympics when you’ve got people motoring down luge tracks. That’s pretty hot.

There seems to be less stigma about bands getting involved with ads these days, but presumably you want no part of that?

Yeah, everyone does it, every fucking mobile phone advert has got some alt.country soundtrack to it... I’ve had to buckle for various reasons, like if we’ve got to pay for this tour, or where it’s like, “You’re gonna get dropped if you don’t start saying yes to a few things”.

Has it actually come to that for you guys?

It’s been hinted at, apparently. I’ve had to make a few concessions, but I don’t particularly want people to think of a yoghurt when they think of our band.

Proof Of Youth is out September 10 on Memphis Industries (DiS review here). The Go! Team will be touring the UK throughout September and October, click to their MySpace for further details, here.