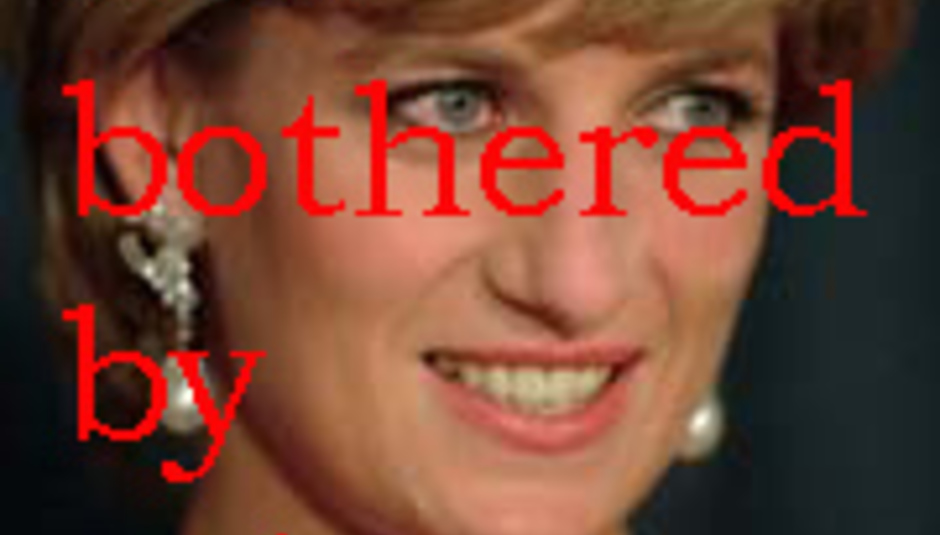 August is meant to be hot, sunny. Y’know, summer. Didn’t quite happen, did it? In fact, this summer is the wettest on record, so I read in this morning’s paper. But the inclement weather hasn’t damped the spirits of the DiS review team any – we’ve had plenty of smashing records to keep our stay-inside selves occupied with over the last four-and-some weeks.

Like what, you ask? Well, this being A Month In Records, we’ve only gone and outlined our picks below. Kind? Yep, you could say that. That, or predictable. Whatever. We’re off to our party now and we’ll cry if we want to (at all your barbed comments below).

Here’s to September not sucking ass. And Di never returning as a butler-munching zombie. Actually, that would rule. Super Furry Animals
Hey Venus! (Rough Trade)
Says Gareth Dobson: “Hey Venus! is the most concise album in the band’s history, and after a series of ever-stretching forays to their creative boundaries, it sees them refocusing on the themes and sounds that originally put them amongst the pantheon of musical scholars. They are quite the Plato of pop, if you will. Cynicism asks how much farther SFA can keep going while maintaining such a high standard. Sergei Bubka would be proud, however, as Hey Venus! smartly clears the bar they’ve set themselves with ease.”
Read the full review here Tunng
Good Arrows (Full Time Hobby)
Says Mike Diver: “Tunng’s third album, and second for the Full Time Hobby label, skirts around subject matter most horrid in a fashion that feels paradoxically perfect. Gentle and steady, Good Arrows reveals itself via a series of vignettes, a procession of stripped layers, each another insight into the collective mindset of an outfit tied to folk traditions archaic but progressive enough compositionally to cut it with the movers and shakers of the most contemporary maverick circles.”
Read the full review here Richard Hawley
Lady’s Bridge (Mute)
Says Rob Webb: “As a follow-up to a wonderful record in Coles Corner, then, Hawley's latest set more than holds up. It's arguably his most varied collection yet, and in 'Valentine', 'Serious' and 'Tonight The Streets Are Ours', Lady's Bridge contains some big, bold moments that ought to earn its maker yet more critical acclaim. Nobody was expecting a bad record, but a few people might be surprised by the exceptional pedigree of Richard Hawley's fifth full-length.”
Read the full review here M.I.A.
Kala (XL)
Says Sam Lewis: “With its mix of Tamil pop, Baltimore beats and, yes, funk carioca, Kala succeeds best in pulling genres together to make something both unique and identifiable - a ‘hip-hop’ record that explores what it means to sing about “hip-hop things”. It acutely understands that music is a shared currency that, like anything else, is seeped in politics.”
Read the full review here Asobi Seksu
Citrus (One Little Indian)
Says Jordan Dowling: “Asobi Seksu are a band possessing talent and ability far beyond their years and with Citrus they have fully realised their potential in a particularly short time. It is difficult to see how they will be able to better this sophomore release, but you wouldn't bet against them having a few trump cards left up their collective sleeves.”
Read the full review here Wooden Wand
James And The Quiet (Ecstatic Peace)
Says Him Tall: “This is a superbly rounded batch of songs which benefits from Toth, aka Wooden Wand, taking a trip down the classic rock country road. Bring on the live show is all we can say. He's stepped up to the plate with this collection, and if 2007 has seen the third (or is it fourth?) Summer of Love postponed due to bad light, this is the album to ease us warily into a mellifluous autumn.”
Read the full review here Eugene McGuinness
The Early Learnings Of… (Double Six)
Says Mike Diver: "Forget all your talk of promise and potential, so often preceding muted fanfare for another breaking-through artist with songs enough to warrant praise-worthy attention. It’s so non-committal, so fence-straddling. For once, swallow the lump and take the plunge. For once, realise that what’s in front of you has exceeded the level of acts – peers generically or entirely otherwise – so usually clumped together as Ones To Watch, whatever. Forget keeping them peeled in the future and focus the peepers right now: Eugene McGuinness is the finished, fantastic article.”
Read the full review here Monster Bobby
Gaps (Hypnote)
Says Billy Hamilton: “Strikingly detached from his make-up clad protégées quickie-up-the-back-of-an-alley songsmithery, Gaps is a brittle collection of tear rendering vignettes and dazzling electronic dreamscapes that evokes the stirring sentimentality of summertime loving. He may not live up to the gusto of his philandering persona, but when it comes to crafting beautiful shimmering melodies Monster Bobby doesn’t fail to perform.”
Read the full review here The Polyphonic Spree
The Fragile Army (Gut Records)
Says Ben Patashnik: “There’s a pleasing strand of experimentation running through The Fragile Army that, even though it could have been developed slightly further, suggests that the Spree are more than a one-trick, um, choir. ‘Mental Cabaret’ has a stomping disco shimmer and ‘Light To Follow’ starts off disarmingly naked before building itself up into a familiar crescendo. It’s by no means a reinvention of the wheel, but as a simple reminder that sometimes the world isn’t purely gash, it’s hard to beat. Hipsters need not apply, though.”
Read the full review here


The DiScover Album of the Month Epic45
May Your Heart Be The Map (Make Mine Music)
Says Mike Diver: “Erratic, ethereal, engrossing: myriad adjectives can be applied to Epic45’s May Your Heart Be The Map, but few really sell it to the uninitiated in the manner a purple-hued piece of prose such as this should. Enticing? Enveloping? True and likewise, but there are subtleties to this carefully arranged and skilfully executed – understatement being the key factor in its recording – that words will never coherently convey. This is music that goes nowhere and does little; it’s not full of peaks and dips; it doesn’t set the skin tingling at the prospect of a potential breakdown a la atypical post-rock records (a pigeonhole you could just about shoehorn Epic45 into, if you need such lines drawn about your review content). But something makes it impossible to quit playing…”
Read the full review here