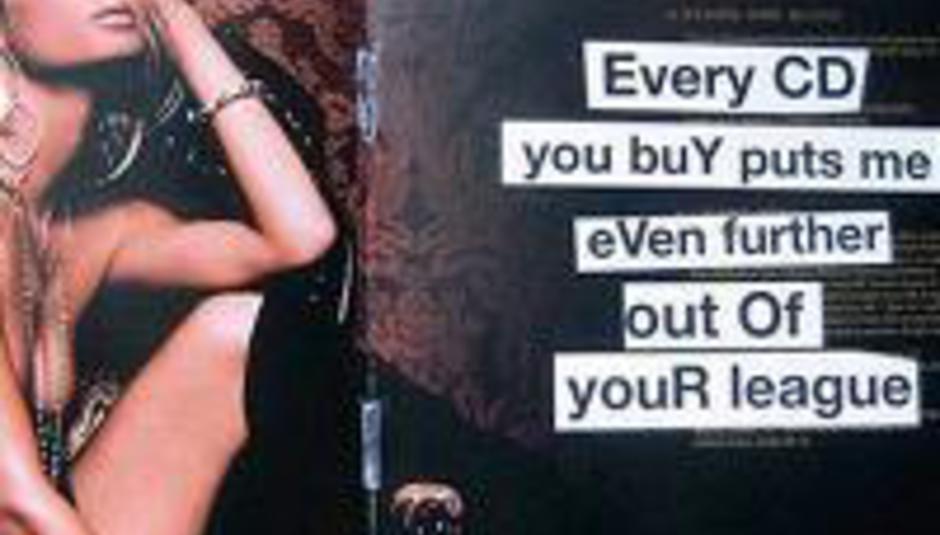 Aaaah thee long weekend: a chance to frolic in fields and set fire to paper cups or read the newspaper with a nice cuppa green tea. You may notice we’ll have our pens down, computers off and feet up too, so consider this as something to tide you over until we’re back on Tuesday.

We’ve missed doing our podcast an awful lot and if we get one more email from you complaining, we will indeed fly ourselves into various buildings responsible for all the constrictive copyright rules which are preventing us from playing music we like for you - especially in such an easy to consume manner. Anyway, we thought 'what the hell, it’s a bank holiday weekend let's do one anyway', then we thought 'actually, naaaah, we don’t wannabe made examples of and end up in court.' So instead, here lies a blog-like compilation of stuff DiS founder Sean Adams is digging at the moment and a couple suggestions of stuff for you to do...

1. ANDREW BIRD
Have to admit, I was a bit slow on the uptake with this fella, despite the fact he’s been a DiS album of the monther, not once but twice. Like most things, it took a pretty lady saying she was obsessed with him to bend my ear and lo! did the lady suddenly become even more spectacular with taste like this. Basically imagine if Rufus Wainwright could write an album of songs as good as Cigarettes and Chocolate Milk. His songs are full of all that universal and timeless joy, jiggery-pockeried into a modern skin, imagine something like a lone Spanish pirate ship sailing past skyscrapers but more Buckley and Springsteen than Flamenco sea-dog songs. Imitosis we gather will be his next single and he’s just stuck the video up on MySpaz, viddie:
Andrew Bird - Imitosis

2. GEORGE PRINGLE
It’s not often I hear something that feels fresh, in both a pioneering and fascinating sense, especially in a time of all this pub rock slop and uninspired "g" clippin' lyricism. I think it’s only right to admit that I like George so much that I’ve started managing her, not because I think she’s going to make me rich but because I think what she’s doing has the possibility to turn things on their head and, most excitingly, inspire people to create. Her music / commentary / approach divides people but she’s picked up a few fans already, whilst she continues to develop. The folks at TV series Skins like her so much they have made ‘Fellini for Prime Minister’ their download of the week, which you can get from myspace.com/e4skins2. Her debut EP will be out in November, there’re features coming up in i-D and Total Spec and she’s playing various dates ahead of the EP.
www.myspace.com/georgepringle

3. GIRLTALK
Another slight swerve ball and innovator. I caught one of his sets at SXSW and thought he was, well, a bit rubbish. Then saw him again in a huge rammed barn at Bonnaroo Festival in Nashville and was utterly converted; the guy is an absolute genius of sound-bite-bitten mash-ups which get even the most hands-in-pockets, steaming up their specs and shaking their thang. Have a listen.
www.myspace.com/girltalkmusic

4. YOUTHMOVIES
We’ve gushed about these boys on these pages, saying an assortment of things you may consider to be rather hyperbolic, like them being incendiary, "proper special" (Mike Diver, circa 2002 - present) or the most important DIY band in Britain and other stuff like that. You may know we love them, so much so that we’ve given them a chunk of money to make an album, which is due out early next year on my DrownedinSound label (home to the likes of Metric, Jeniferever, Martha Wainwright…). We suspect however some of you haven’t heard them yet. Ahead of the album we’re giving away some MP3’s of live tracks from their set at ATP Versus the Fans as a preview of sorts of the album.
For full details clickity-click here

5. DEERHUNTER
If you’ve not yet got Cryptograms but like My Bloody Valentine, Liars, Spiritualized, Dandy Warhols, Blonde Redhead, Radio Dept or basically anything soaring or space-rock, then stop whatever you’re doing and hunt it down. Now. Or just go listen to the title track on MySpace...
www.myspace.com/deerhunter

6. THE ICARUS LINE
You may have read some rather verbose words about these guys in recent times too. There's none more rock'n'roll than this LA troop. The new album Black Lives... is a real grower which touches the stargazy heights of some of the above but also features some incredible snarlsome Rolling-Stones-in-a-dirt-bike-crash rock'nnnnn'roll too. You can hear the whole album on their MySpace but before you go there, here's the latest video:

7. JOIN OUR LAST.FM GROUP
Srsly, not all DiS readers listen to Interpol and Radiohead, do they? Get yourself signed up so that your scrobblings adjust that chart. If you don’t know what Last.fm is, put simply it’s a rather clever site which logs what you listen to and can then build you a radio stream of things you might like, based on what people with similar tastes are into. Much like the Amazon recommendations only much much much cleverer. And yes, it is a bit scary the thought of people knowing about all those guilty pleasures but then, you can actually turn off the “scrobbling”.
http://www.last.fm/group/DiS

8. JOIN OUR FACEBOOK GROUP
Anyone else suffering from extreme social networking fatigue from constantly signing up to so many sites? Maybe it's just me, especially considering FaceBook is by far the most crystal meth-like of them all. Good news is I haven't had a friend request from Tila Tequila's spam-robot as yet. If you'd like to be part of our group on the latest tech-fad, you can find us at the following ugly url...
http://www.facebook.com/group.php?gid=2223035561

9. PLEASE LEAVE THE HOUSE
Not only that but do a good deed. Do all your recycling for starters. Call a lonely friend or relative and take them for a flapjack. Go do something which expands your horizons. Read a good book in a park (I recommend new buzz book 'The Cult of the Amateur' [excerpt] or Don Delillo 'Great Jones Street' - should we start a DiS book club?). Take a long walk, you could even be super-geeky and plan it on GoogleMaps. Anything. Just don't spend the whole darn weekend ordering take away, flicking through mp3 blogs and looking at your phone hoping something will happen. Gawd I'm such a hippie.

10. CLICK ALL THE ABOVE LINKS
Ok it's nearly 9pm, on a Friday, admittedly I didn't make it in until midday today and I'm trying to get outta the office so I can sleep, to wake up, to goto Reading to see The Shins and Battles tomorrow. Anyway, dum-di-dum, number ten... er, you could also post some recommendations below of things you like which other DiS readers might not have heard and like, especially, being selfish, if you think I'd like them. Or list your albums of the year, so far. Or complain about something which doesn't work on DiS.

On behalf of everyone at DiS I wish you all a wonderful long weekend.
Love,
Sean xo

p.s. lookie here for a sneak peak of our new logo, from the currently being developed new DiS, which is coming your way rather soon...
p.p.s. DiS had over 300,000 people look at it last week, how crazy is that?