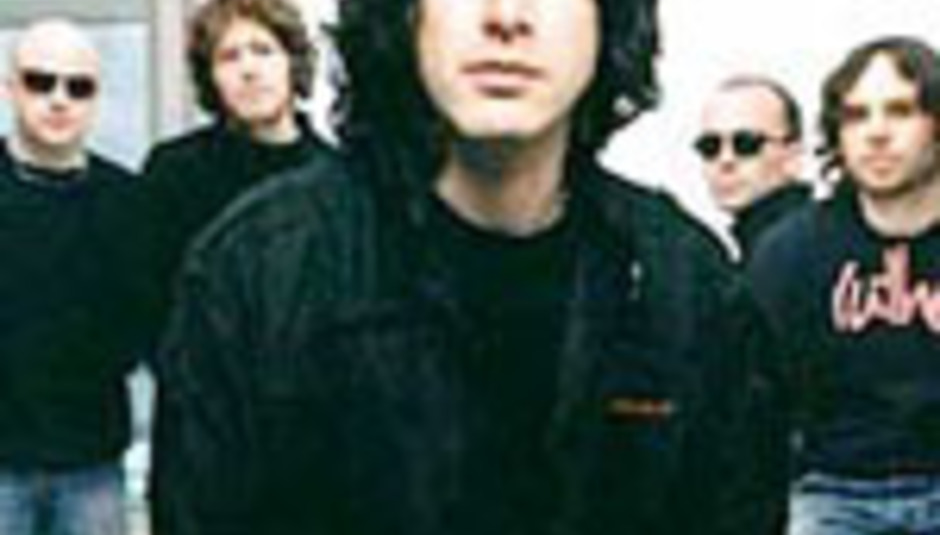 Something quite odd happened in the DiS offices today; an event of such rarity and eye-opening bewilderment, that it had to be documented for posterity.

Chatting away about the latest releases, as we are wont to do in this part of the world, we came to the spectre of the soon-to-be-released latest Super Furry Animals record. Normally for all band discussions there is a brief ding-dong argument about them; a flurry of opinions, split between nay or yay. Or sometimes an agreeing upon yay.

In this case, though, the conversation carried on for some time. Escalating fervently by the second, people clamoured to debate the Furries’ best album, their best song, the reason why they are quite as good as they are. It was that strangest thing in geek music chats: an_ entirely positive debate_. Astounding.

So, in order to salute the return of such genre-straddling giants and to doff the cap towards a rare outbreak of DiS harmony, we give you a handy point-by-point guide slash reasoned argument as to why Gruff and company are the consistently finest guitar band of the last decade.

1. It’s hard to choose a best SFA record based due to their almost unparalleled consistency.

Is it the whacked-out pop-magic of Radiator, with the manic excellence of ‘Hermann Loves Pauline’, the melancholic beauty of ‘Demons’ and the lonely splendour of ‘Mountain People’? Or the lush wonder of _Rings Around The World with the perfect plastic soul of ‘Juxtaposed With U’ and the acerbic warning of ‘Run! Christian, Run!’? Perhaps try their debut Fuzzy Logic, which defined what British pop could be again with the psychedelic wonder of ‘If You Don’t Want Me To Destroy You’ and the drug-romper stomper ’Something For The Weekend’? You see?

2. Some of their best music has been discarded, thrown away as mere singles.

‘The Man Don’t Give A Fuck’ needs no introduction, as the greatest protest song / mosh pit-inducer of all time. But ‘Ice Hockey Hair’ inarguably ranks in the top ten pop songs of all time. Innumerable different choruses, perfect packaging and a joy that invokes only more unparalleled joy.

3. They redefined what modern a guitar band can be and do whilst still constantly bothering the charts.

A chameleonic band who have turned their hand to pretty much every genre of music, their albums have debuted, since_ Radiator, between numbers four and 11 (and that was for their Welsh language offering, _Mwng), which largely proves their ability to get it right every time. Soul, techno, rabble-rousing rock, power balladry, calypso and stoner mong have all featured and have all slammed the bull’s-eye every time. No ‘difficult new direction, we don’t think the public will understand’ for them.

4. They’d have Brian Wilson shitting his pants if we wound the clock back 40 years.

The Beach Boys guru always stated that his one true competitor in the perfect-pop stakes was the Beatles, essentially creating Pet Sounds to compete with Sgt Pepper’s Lonely Hearts Club. But at their core, the Furries are an amalgamation of the two – understanding that the only way to match the two twin peaks of pop music is to love but not revere them. There are distinct echoes of both in the SFA sound, but there’s a whole lot more, too – taking them beyond what Lennon, McCartney and Wilson ever dreamed of combining/creating.

5. Part of the secret of the Furries’ success is their refusal to take themselves too seriously.

You feel that, at times, a band like Radiohead is suffocated by the pressures they put upon themselves, both in terms of expectation and a hyper-awareness of other people's perception. Not for the Furries. Refusing to avoid such classic rock clichés, it’s clear that they make the music that they want to make, and if a few million people buy it, then that’s a bonus. They’re also a band who’ve managed to combine humour and deadly seriousness like no other, lyrically and also in stage performance... the dressed-up trumpeters who accompany them for ‘Demons’ (Bride and Groom and Roman Soldiers, for a start), the infamous tank they took to festivals in the late ‘90s and then sold to Don Henley of The Eagles. The all-over neon body suits they wore in 2005, predating any horrible craze now, were_ particularly good. My personal fave was the shit-kicking power rangers that debuted during 'TMDGAF_' around 2003…

6. The constant striving for new levels of perfection and performance.

Fuck your nice lightshow – five years ago SFA were taking Surround Sound tours around the world in order to make you piss yourself with excitement and aural enlightenment. And it worked. And it was amazing.

With such an obscene selection of songs to choose from, every track is greeted like an old friend and the set mood can change in the bat of a turbo-charged rock song or languorous ballad’s eyelid. Add to that the infamous techno wig-outs (best ever being the double-kettle-drummed attack to end ‘Mountain People’, or maybe a giant-screened Arnold Schwarzenegger mouthing Bill Hicks’ famous line, “All governments are liars and murderers”), and it’s a joyous anything-goes celebration.

8. There’s no suggestion that there isn’t even better to come.

New LP Hey Venus is on a par with many of their best records, and represents a return to form after the slight dip of Love Kraft. Like all Furries records, it compiles sumptuous pyschedelia (‘Battersea Odyssey’), wall-of-sound pop (‘Run Away’) and crunching guitars (‘Baby Ate My Eightball’) and comes in at a concise 36 minutes long. Given that they’ve already offered us eight albums, plus a rarities compilation, best-of and remix album in eleven years, there’s nothing to suggest that the flow will stop…

‘Something For The Weekend’ (Fuzzy Logic)

‘Down A Different River’ (Radiator)

‘Juxtaposed With U (Rings Around The World)

‘The Man Don’t Give A Fuck’ (single and OutSpaced)