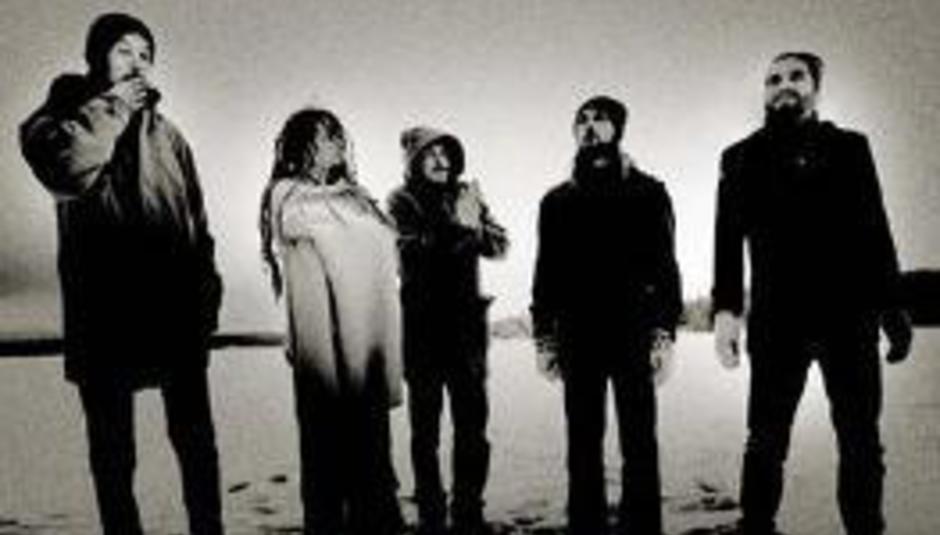 Well, we’re back in Finland again (eastside) and as per every other festival anywhere this summer, the weather’s a bit ropey. But everyone’s still having a great time regardless. The bills of most European festivals are so generic that, whilst attending one of these so-called international events, you realise that you really could be anywhere in the world.

The beauty of Ilosaarirock is that, with 90 per cent of the bands actually being Finnish, you can sample some of the local culture that you’ve always dreamt of. Or dreaded, of course, depending on your own personal philosophy on the point of going abroad.

While the Calexicos, Opeths, Cinematic Orchestras and Porcupine Trees are all performing here in Joensuu, you don’t want to know about them because you’ve heard it all before. so let’s have a look at a few highlights from the national contingent.

Giving it large, Ozric Tentacles-style, their proggy, psychedelic space-rock is a fine start to the day’s festivities. Imagine if you had a bucket of drugs with you as well – you might not worry about your ear drums being shattered quite so mercilessly by their outstanding instrumental walls of sound. They treated manically dancing, balding American prog enthusiasts several times over there so maybe they’ll hit these shores sometime soon.

You just have to be comfortably assured that this fierce female duo’s lyrics are as cutting as they are hilarious. They command the main stage with silly dances, theatrical nonsense and yelps and shouts (all in Finnish) that endear as much as they confuse. But I think that’s the point.

Yes, I’ve harped on about these Refused-alikes a million times before to anyone who’ll listen, and a couple more, but seeing them play in front of a huge rapturous home crowd is a true revelation. They seem totally surprised to see that the screaming hordes have hung around to watch their hard punk rock in the pouring rain, but that’s just testament to their quality.

These youngsters are setting off on a Barfly tour in September and their appeal is clear to see. Making a chilled out indie rock racket, they look the part as much as they sound it. They’ve been heavily tipped by a few parts of the Finnish music industry as the next big exports and on the evidence of this energetic performance, you wouldn’t bet against it.

The name translated means “I need a shit”. They’re punk rock ‘n’ rollers who try to have as much stupid fun as possible. Enough said? Enough said.

There’s nothing that can prepare you for the spangly pants of Klaus Thunder. His moustache is enough to make a gay man gayer and the uber-mulleted Ukkosmaine’s disco beats are enough to send every keyboard running back to the ‘80s. If you thought that Kakka-hätä 77 loved stupid fun, you haven’t seen these guys.

The good thing is that they really are brothers. The better thing is that they’re nothing like The Bee Gees. One is very attractive and they are all very loud and prog rocking. Don’t be put off by the fact that The Rasmus are fans because these guys are brilliant. Dazzling dynamics and stupefying musicianship makes their meandering songs instantly groovy and forever brilliant. They’ve tried projects alone but apparently always regroup and make something amazing. This appears to be true.

And that’s that. Ilosaarirock is a great festival for music and an even better one for all the other things that festivals are notoriously crap for. I’ve rambled on about how great this festival is twice before, so if you really want to know why this is truly a different festival, read here and here. Or wait ‘til next year’s.