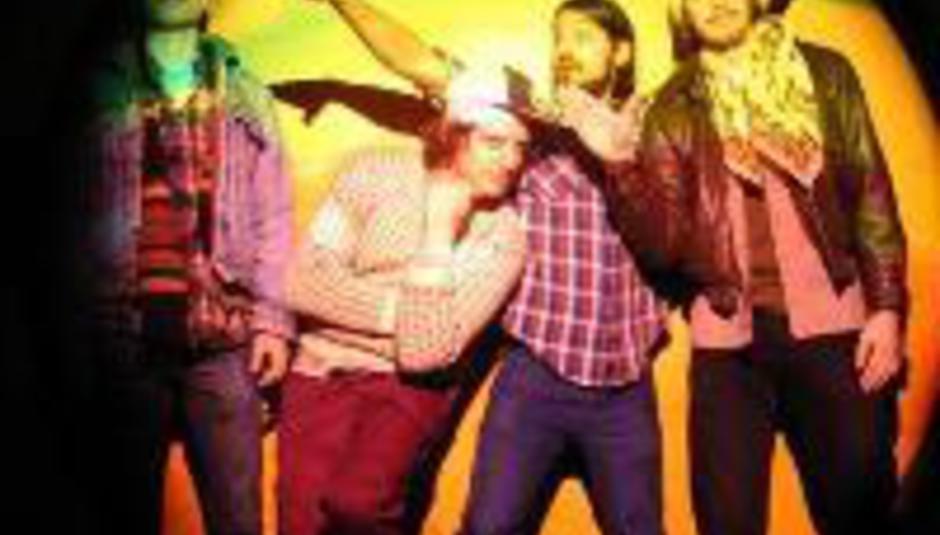 Each week, the DiScover Diary will outline some choice gigs up and down the country, highlighting some excellent up-and-coming acts across the nation’s varied stages, and focus on one band in particular who are both on tour and on the DiS stereo rather a lot of late. Here, in the very first instalment of a feature that should run and run, we look a little closer at Brooklyn quartet Yeasayer (pictured), who arrive in the UK this week for a series of London shows, including a set at DiS’s own DiScover Club.

This four-piece share a selection of artsy similarities with fellow townsfolk Oneida and Liars (presuming you still categorise the latter as a New York outfit), but inject their wandering, dream-adelic arrangements with a starry-eyed affection for retro-rock of the 1970s – think the Fleetwood Macs of this world, alongside a smattering of other plastic-sleeved LPs you might’ve flicked through as a kid while your dad’s back was turned. Soon-to-be-released single ‘2080’, backed with ‘Sunrise’, is out later this month via We Are Free, and is reviewed here. With appeal enough to connect to stoners and more-focused souls alike, current hopes for Yeasayer are riding high, particularly around the DiSopolis. To say that we’re excited about the below dates would be, well, telling the truth – let’s try not to shoot too large a load too early, eh.

Expect next week’s pick of the DiScover Diary bunch to be rather less London-centric…! Other choice gigs - where new DiScoveries are sure to be made - around the country over the next seven days…

This is, of course, just the tip of one enormous iceberg. Help us help you with future DiScover Diary articles by sending details of gigs to listings@drownedinsound.com, or simply by posting them below. Bands, promoters, managers, labels: if you’ve something worth a little DiS attention, we need to know.