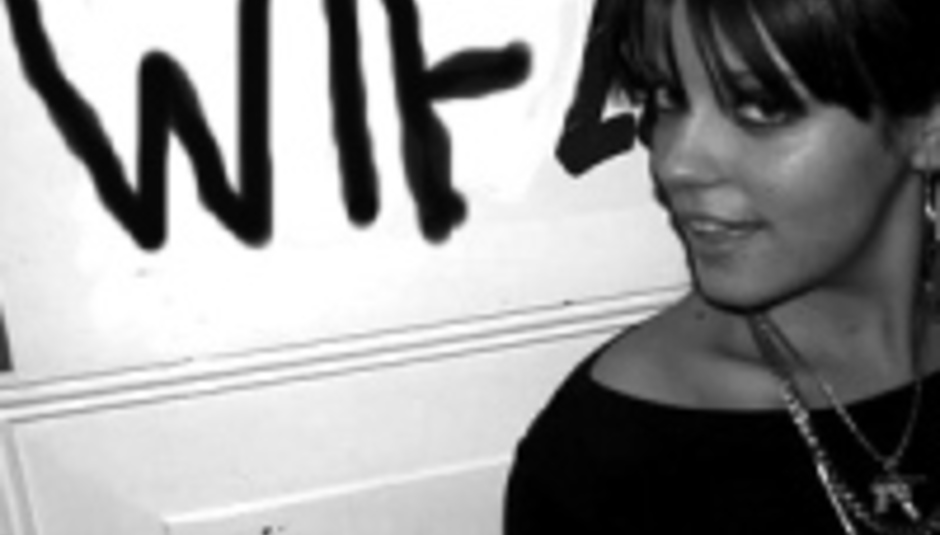 So the Mercury nominations for this year aren’t so bad, a couple of proper WTF examples aside (The View? Really? Come on…). If we’re being fair it could have been much, much worse though: The Enemy were rumoured to feature, and the likes of The Fratellis and The Twang, given their recent high-profile coverage, could well have crept into the equation. So, thank heavens then that the powers that be at Mercury HQ elected to shortlist the wonderful Fionn Regan, Bat For Lashes and Maps, talents that still exist on the fringes of the mainstream.

However good this year’s nominations are, though, we at DiS got the old grey matter burning away to compile an alternative list of twelve that could have made the cut. All are good, all were released in the catchment period, and all leapt pretty much straight to mind. So they must be worth a mention, then… Lily Allen
Alright, Still
Released: July 17, 2006
With good reviews almost across the board preceding its chart-conquering sales performance, Lily Allen’s debut is a wonderful little pop record, full of reggae-tinged vignettes recalling childhood memories positive and negative. Allen’s headline-generating motor-mouth guarantees her coverage even when she’s not promoting any particular release; she is, in some circles, considered quite the perfect modern pop star.
DiS review The Twilight Sad
Fourteen Autumns and Fifteen Winters
Released: May 7, 2007
The Kilsyth four-piece’s debut album is one of this year’s finest first offerings, mixing atmospheric post-rock mood-scapes with crushing lyrical melancholy and epic swathes of spine-tingling guitar tones. It picked up great reviews from the most critical of review sites and magazines, including Pitchfork and DiS, and continues to impress with each listen. With a support slot with Snow Patrol under their belts and US dates currently in progress, all the signs point to the band’s future being positively astonishing. Expect them to receive the Mercury nod for album number two.
DiS review Jarvis Cocker
Jarvis
Released: November 13, 2006
Hailed as an “idiosyncratic triumph” by The Guardian and “a record that befits his stature and by rights should return him to the A-list” by DiS, the ex-Pulp man’s debut solo album is – in our opinion – a surprise omission from the Mercury nominations proper. Indeed, many a ‘tastemaker’ questioned by trade magazine Music Week identified Jarvis as a frontrunner for the annual prize. Immediate of impact and excellent of pop hooks, and featuring the best-titled single of this year so far in the shape of ‘Fat Children’ (well, it has brilliant lyrics, anyway), the album’s a winner on a variety of levels, and will appeal to fans and foes of Pulp alike. We demand a recount!
DiS review Simian Mobile Disco
Attack, Decay, Sustain, Release
Released: June 18, 2007
The debut album from remix duo James Ford and Jas Shaw arrived on a wave of hype for everything dance-centric, generated in no small part by successfully realised LPs from peers such as Digitalism, Justice and Matthew Dear. Attack, Decay, Sustain, Release was a title whispered in the DiS office as we considered what might be nominated, but we recognised that it probably wouldn’t make the cut if Klaxons did, due to Ford’s involvement in the production of the latter’s Myths Of The Near Future album. Since Klaxons are in on the list proper, for our alternative twelve we’re plumping for this party-starter. For one thing it doesn’t have a gash-awful version of ‘Not Over Yet’ on it…
DiS review Bloc Party
A Weekend In The City
Released: February 5, 2007
The London-based four-piece’s second LP might have been described as – predictably – ‘difficult’ by some critics, but while it did tackle heavyweight lyrical topics A Weekend In The City mixed its confrontational compositions with slices of pure summertime indie-pop. See: the three-in-a-row series on side B of ‘Kreuzberg’, ‘I Still Remember’ and ‘Sunday’. Yes, Kele occasionally let his passion for a subject matter blind him to the subtleties that made the band’s debut Silent Alarm so arresting, but the raw honesty of this album makes it one of 2007’s true must-hear offerings. Whether you return to it or not after that cursory listen is entirely up to you.
DiS review Gallows
Orchestra Of Wolves
Released: September 25, 2006; June 11, 2007 (re-issue)
So good it’s been released twice – once on indie label In At The Deep End and again, with a bonus disc, on Warners – this is almost certainly the best punk-rock record to emerge from these shores in the last twelve months. If it’s not the best, really, then it’s certainly the one punk-rock release from the UK that’s had critics from outside of such circles dribbling with praise. And rightly so: vitriolic and vital, Orchestra Of Wolves is a bona-fide jump lead to your tender bits, a syringe of something tasty and naughty straight to your heart of hearts. Yeah, it’s all a bit heard-it-before compositionally, but at least they fucking mean in. Plus, you can dance to it really well. Can either of those things be said of The View and their Mercury-nominated debut?
DiS review The Cinematic Orchestra
Ma Fleur
Released: May 7, 2007
The third album from the Jason Swinscoe-cored electro-jazz outfit – could this actually be our token jazz album of the list, without a hope of winning in a month of Sundays? – is their finest yet, treading ground familiar to that of its predecessors but replacing a heavy emphasis on jazz for subtler genre-shifting techniques. Said DiS: “Never is this record’s whole revealed, like a gorgeous woman standing behind glossed glass, but the silhouette, the mystery, what is truly important, remains”. We figured it’d be there or thereabouts come this year’s nominations, but clearly our thoughts weren’t mirrored by the panel responsible for putting the final twelve into the public’s eyes and ears. Ah well…
DiS review Patrick Wolf
The Magic Position
Released: February 26, 2007
One of British pop’s most unique acts – and one who very nearly took himself out of active service earlier this year – Patrick Wolf is a chameleon whose colours never quite tally with whatever reviewers of the time are writing about him. Even now he’s plotting a new move to unleash in the near future, we’re sure; something that’ll leave us both befuddled and beguiled. (A new album is actually planned for June of 2008.) The Magic Position is Wolf’s third album, and while it left long-term fans split of opinion, the critics lavished praise upon it. DiS remarked: “On this form, Patrick’s next album will be sensational, and the fifth will be…” Finish that however you like, so long as it involves a flurry of superlatives.
DiS review The Good The Bad And The Queen
The Good The Bad And The Queen
Released: January 22, 2007
Okay, so that’s not really the band’s name, but we have to run with something. Perhaps, ultimately, it’s this supergroup’s lack of a proper moniker that led to their omission from the Mercury nominations – after all, there must have been some substantial excuse offered for not including a band featuring members past and present of Blur, The Verve and The Clash, three bands prominent in this country’s musical heritage and history. Their ‘self-titled’ album was generally well received, with its concept – all songs referred in some way or other to London, and mercifully not ‘LDN’ – recognised as something that Damon Albarn, in particular, needed to get out of his system. Catharsis, though, has rarely been so interweaved with understated and solemn grandeur.
DiS review

Aereogramme
My Heart Has A Wish That You Would Not Go
Released: January 29, 2007
A little late in the day a smidgen of mainstream recognition may be, but surely this – the third and final LP from Scottish post-rockers Aereogramme – is worthy of a mention? It is, after all, a masterful piece of work, one that rewrites the rule book on slow-core rock and incorporates the finest and most accessible arrangements the four-piece have ever penned. Its title might have its roots in horror picture The Exorcist, but the music contained on this disc is rarely anything but beauteous, their trademark heaviness balanced by deft melodies and a curious desire to push beyond convention and expectation. Challenging for all the most unexpected reasons, My Heart Has A Wish… really should have been considered for the 2007 Mercury nominations.
DiS review Field Music
Tones Of Town
Released: January 22, 2007
Cor, January really was a great month for great albums, as this list is proving. Field Music’s second album might well be their last, as the three members intend to pursue alternative musical pursuits, but that didn’t prevent it getting the 10/10 treatment on these pages earlier this year. Said our reviewer: “I truly cannot think of a single bad thing to say about this album. It’s unpredictable, ridiculously clever, catchy as hell and as perfect a pop album as you’re ever likely to hear.” In a nutshell, yes. An album that truly separates its makers from their north-easterly peers – and we shall name no names for they are not necessary – Tones Of Town is a gem that the few to discover it will cherish for many a year to come.
DiS review Electrelane
No Shouts, No Calls
Released: April 30, 2007
The Too Pure-signed four-piece’s fourth album proper is, without a doubt, their best yet. No Shouts, No Calls challenged those previously unimpressed with the Brighton-based outfit’s material to reassess their opinions and listen from a fresh perspective, as the band themselves set about progressing to a creative level previously untouched. While rooted in the band’s own unique style, it nevertheless tip-toed its way into the previously uninitiated’s psyche with a silky skill. Said our reviewer: “It’s a little bit adventurous, capable of surprising sidesteps, but remains safely at home in Electrelane’s own engagingly individual aesthetic.”
DiS review

There you go, then: an alternative twelve to those that have made the official Nationwide Mercury nominees list. We’re not expecting you to agree with all of the choices above (plus, there are loads of others we could have listed, like Wiley, The Maccabees, Malcolm Middleton and more). All we’re asking you to do is DiScuss the records that, in your own opinion, should now be rubbing shoulders with the likes of Arctic Moneys, Dizzee Rascal, Bat For Lashes and… um… The View. The View? Please…