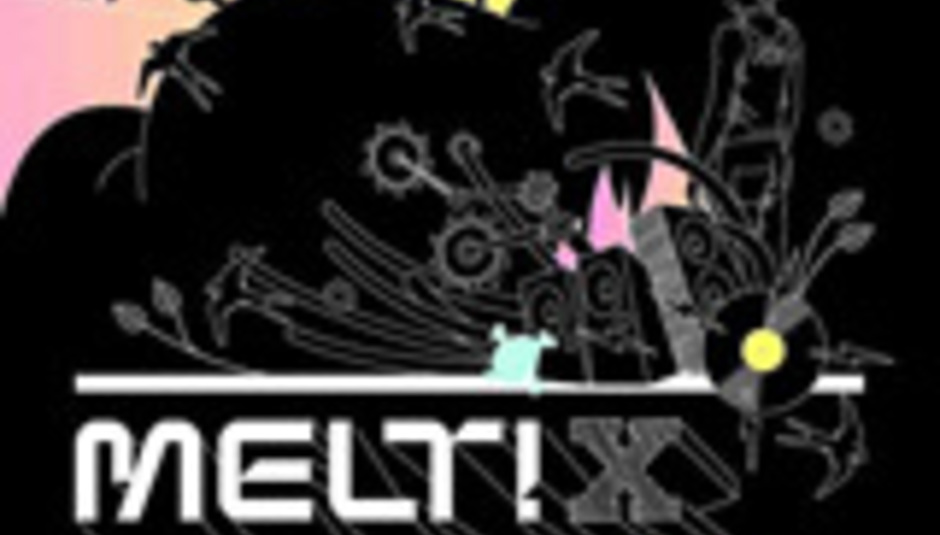 Hunting mammoths in the city of iron: Melt! festival, day one

Hunting mammoths in the city of iron: Melt! festival, day one

A riddle bandied about a few days before the jaunt. 'Das Mammut' had entirely fictional groundings - spill-over from Strang's dirty coffee mouth; the last of its kind kept alive in a hill on the fringes of Berlin by the Nazis and now dormant, either dead or alive but definitely alone in the hollowed out hill.

Why this matters now will become clear later but the whereabouts of the Mammut, however fictional, would at least give us an excuse to speak out of turn in Ferropolis, Gräfenhainichen; the „city of iron“ where Melt! could be found 80 minutes outside Berlin.

Rust-ridden to their dockings, five imperious coal excavators dominate Gräfenhainichen’s bleak landscape; 100 foot high industrial behemoths that hark back to the decline this East German area felt after the wall fell. Deserted by workers, citizens and captains of industry when the East and West reunited in 1989, the vehicles - some of the biggest to have ever moved - splinter the skyline of these barren flats like tar pit casualties from pre-history; skeletons stuck in their tracks beside a poisoned lake.

Will it breathe new life into their bones when 20,000 individuals suddenly come swarming back round their ankles? The organisers certainly seem to think so, flattering the machines in expectant lighting and draping them with glitter-balls that hang like Weimar earrings on built, lumbering Fraus. These though, are - or were - boys' toys; boasting no curves, just strutted this way and that with tough teeth and jutting vertebrae. X-rays in place and the light waits. Unfortunately, life looks beyond them - no-one manages to plough one into the lake or I'm From Barcelona so the glitter-balls become baubles on embalmings, as Melt!’s chemically-abused populace dive in to the chemically-abused lake; gums gnawed numb from bitter tongues and jaws clenched tight like a fist.

It was difficult to know what the phetted Germans would make of …Barcelona. Rather than punched back towards the main stage, balloons and confetti drop to the tarmac among the feet of the still sparse afternoon crowd. The collective seem naïve to the fact their incessant yelping is about as galling as some loon wittily peppering your eyes with fart gas. Not sure any damning critique can dull them though; Emanuel Lundgren leads the parade like a perma-smug Pied Piper, the rest follow.

After such a sickening Swedish sugar rush Final Fantasy’s warped musings are an effort to engage with. Owen Pallett’s multi-instrumental fuss just seems too limp-wristed and when ‘This Lamb Sells Condos’ should compulsively jolt along it’s all too whimsy, only further diluted by the dross visual projections that accompany the set.

So, instead, we bound back to the main stage for Jamie T. It's interesting to see how he goes down in this environment - the Lundun guttersnipe plucked from familiar backdrops and made foreign agent in the heat of the east German sun. Not sensing the need to throw the ausland crowd with plot adjustments, Treays runs through the same set he's been playing for a while back home - 'Ike and Tina', 'Northern Line', 'Back in the Game'. The sound, not for the first time this weekend, is weak though, and doesn't work in the parts where Jamie needs to flank his wisecracks with muscle. Still, it's fun to play 'Englishman or Anglophile?' with the crowd who bellow out "Looooondooooon!" wholeheartedly, in all the right places.

Before all of this, the first acts of the weekend came in the Coca Cola tent, where The Trousers and then The Flaws bored us with the muscle-memory rockisms of EveryLeatherJacketActEver and Editors, respectively. The third slot, though, brings what you might call a refreshing departure. Synth-led Sussexian Thinskin dismantles easy-going euphoria and builds it back - the sort that takes Gui Boratto and Chemical Brothers and then straightens out all the bumps, plasters over all the cracks, irons the curtains. As the Tetris-techno of ‘Game Over’ kicks in, the mains's pulled out, set over. Though lacking in an unsettling darkness to truly bend minds, it provides an innovation at odds with what went on in the tent earlier. Later, the sun went down and we trudged around in the artificial shadows of the machines. The Notwist fed a ground swell of virtuous dirge out into Ferropolis, slow-steaming guitar creeping like thick green gas round the edges of the second and third stages, where they clashed and were blown out by the sound of other, quieter bands - Apparat & Band, who are good but not right for busy blood, and Alex Smoke.

We spend the majority of the Glaswegian's set skirting at the peripheries trying to find something to keep us awake - these continental festivals don't tend to peak 'til about 5am, and we're broke from two n'alf hours sleep last night. We're unsuccessful, and, with the harsh consonants of Deutsch rapper Dendemann ringing in our ears, wander heavily elsewhere.

With guts sloshing, a seat is found outside, look out with weighty lids over the lake. All hope is lost. Soon we shall surely fade. Then, from behind our heads, someone, asks us, for a look, at the program, hanging round, our necks. We turn...

"Hej. My name ist Milan. From Holland. Can I sit?"

Die Mammut. An intervention. We proceed to arm wrestle the mammoth, both putting up admirable fight - "are you from a tough district or something?" - but ultimately, obviously, failing. We talk over The Thermals, who are playing front stage. Legs spread, they play with an urgency to them and toil to encapsulate rock to its every square extent, but Hutch Harris sounds suspiciously like Billy Joe Armstrong smovvering Stephen Malkmus..

Loading up on liquids, we lose track of the mammoth and decide to go for a wander backstage before Dizzee Rascal starts hup n’ prancin’. Drink has slipped us from collaborators to agitators, so we agitate; strutting around with a sickly Anglo-Saxon superiority complex and grey, weary eyes sticking to the pavement like homeless gum. We follow the pavement up to a ramp, up to the Gemini stage expecting to get palmed off by the dead-faced German security. But no, he’s distracted – so we climb up, while Tiefschwarz is absorbed in his sound box and bowlabout for a while, criss-crossing behind and then in front of him on Melt!’s second stage like a lost red arrow stunt team.

We get word from Mammut – he’s at the front with his herd, staying awake. It doesn’t take long to find him and he bundles towards us and back through the crowd again, leading the way like a day-glo wrecking ball and earning us furrowed glares from every one he leaves a'barged in his wake.

There aren’t many resident to east London here tonight, but talk of ”shanks” and ”pussy’oles” goes down well all the same. The boy in the corner has calmed, the Rascal is not quite so piercingly blunt. Nor loud - the weekend’s dampened by subdued sound levels - as all stood gob-agape directly in front of Dylan Mills and able to natter. ‘I Luv U’ stands contentedly enough alongside ‘Sirens’, but whereas the former revels in its lo-fi glory, the latter descends into a nu-metal dirge not seen since Jonathon Davies’ braided locks swung with such vinegary vigour. It reflects that whilst the new material satisfies all, it lacks the reckless innovation of old. Rascit finishes with Stand Up Tall; we skulk off back to our ride home, content to let the mammoth roam for now, 'til he finds some rest between the feet of machines.