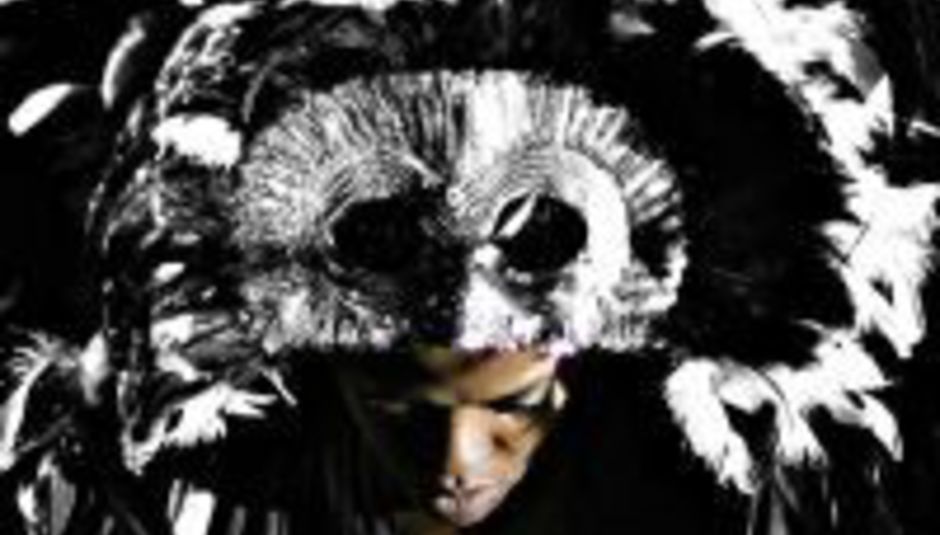 Birmingham is wet. Really wet. I was splashed by a bus an hour or two ago and my jeans are still soaked; my girlfriend’s umbrella is offering no shelter whatsoever. And, to add insult to injury (for ‘injury’ read ‘dampness’), I’ve been stood in the wrong queue for something like 20 minutes. And I can hear Monarch rendering those inside the Medicine Bar temporarily deaf, their rumbling screams rolling from the Custard Factory’s innards into the Digbeth air outside, carving a path through the droplets that fall incessantly like that end scene in Hero with the arrows. No? Oh, something about Moses, then…

Friday night at the fifth Supersonic is, really, a mere prelude to the main event 24 hours later, but that doesn’t stop the line-up from shimmering with otherworldly talent. The aforementioned slow-motion metallers kick proceedings off in brutal style, but it’s London pair Fuck Buttons who deliver the first lodges-in-the-memory set. Their blissful drone-scapes are punctured by alarming levels of static and fuzz, with garbled and distorted vocals drizzled atop the chaotic canvas liberally. Yet in the Kitchen – one of the festival’s four stages – their sound feels muddied into a clarity-stripped moan. Perhaps it’s where I’m stood, as the band later remark in their MySpace blog (click here) that the “sound men were extremely helpful and knew their shit”. At times, though, the duo’s beautiful intricacies are lost beneath a churning electro cacophony. Friday’s biggest attraction is almost certainly Wolf Eyes, the Michigan trio taking to the Medicine Bar stage around the 1am mark; immediately before them, Kling Klang mix Krautrock sensibilities with disco-funk to great effect and have these feet tapping furiously. The noise-core three-piece that follow them, though, grind out a standard set of brain-blistering assault-rock that spreads gore across the walls and stabs at the senses with spears of human bone. It’s all very impressive, but what made Wolf Eyes so exciting a few years ago is starting to become their failing: they’re becoming very predictable. Fatigue is playing a part in such an opinion, but tonight the trio’s fist-pumping performance leaves me less than enthralled; my attention wanders and suddenly my feet have only one desire: to tread the streets back to the hotel. Kid 606 and Otto Von Schirach see the night to a close, but I’m saving myself for the following day’s festivities. An afternoon of shopping and pint consumption runs late (well, the sun is out, and there to be enjoyed!), meaning that Shit & Shine are sadly missed – the noisy Londoners open the festival’s main outside stage at 4.30pm. Instead, I make a beeline for the new Arches stage and Crippled Black Phoenix, a band whose material a day earlier dominated my daily MySpace browsing. On record, the eight-piece (more were involved in the making of their debut album, A Shared Love Of Disasters) are special; live, they live up to all expectations I have from hearing such delights as ‘Burnt Reynolds’ and ‘I’m Almost Home’, and as they flow from bouts of boisterous cosmic rock into sweet passages of folk-tinged epic pop – like Pink Floyd drinking from the cup of Comets On Fire, while a folksy foursome plays in a dimly lit corner – I find myself pulled to the very front of the assembled onlookers. They’re loud like Part Chimp are loud: when they choose to they can turn your insides upside down with the flick of a switch. Unlike the Chimp, though, there are layers here that require considered attention, melodies that drift between waves of excess amplification and settle upon the brow like a soft, soothing dew. Inspirational on first impressions, Crippled Black Phoenix are certainly a personal discovery worth indefinite revisitations. Strings Of Consciousness make a mighty racket on the main stage, but there’s something about their enveloping squall that falls short of excellence today. The instrumental collective – vocals are fleeting enough to necessitate such an adjective – tickle brass and bludgeon skins with great commitment, but their set never quite clicks. Perhaps it’s because of the impression left by the act seen but moments before them, but they don’t leave the impact I’d been expecting. Better, and on the same main outdoor stage, are Shady Bard, whose morose indie-folk scales fresh heights in such an environment. With audience members sat before them, engrossed, the local quintet deliver debut album highlights ‘Fires’, ‘Treeology’ and – in particular – the spine-tingling ‘Penguins’ with great precision, rendering a great many hairs erect and hearts swelled to burst. Said album, From The Ground Up, is reviewed here and is well worth a few of those pennies in your pocket.

And now for something completely different: Miasma and the Carousel of Headless Horses are made-up for the breakdown, and when the split hits it’s gonna be bloody. Many hands may well make light work, but while there are a good few men on the Arches stage, this music is anything but easy-going. It’s old-world of feel and gothic of look, eleven parts Tim Burton and a dose of future folk, progressive yet entirely rooted in convention, albeit a convention that lurks only at the edges of squinted eyes. Truly unique, in a malformed nutshell. They’re followed by the more routine – and more aurally punishing – Pharaoh Overlord, Finnish men with riffs the size of ocean-cruising liners. Problem is that their locked-in and deep-grooved ways are a little one-dimensional after a series of acts pushing at the boundaries of styles yet to be defined. The same can be said of the David Yow-fronted Qui, although the Californian punk trio are a lot more fun than the Finns. Blasting through a series of scratchy, acerbic selections from their forthcoming Love’s Miracle LP, the band keep the Arches crowd on their toes ahead of a massive comedown, looming in the shadows. Chrome Hoof are bonkers on the main stage, Oxbow terrifying and Bee Stung Lips tumultuous in the Medicine Bar, and OM enjoyably decibellic over at the Arches, but none can placate the bubbling anticipation for the festival’s perceived headliners: Mogwai. The Scots arrive on the main stage a little later than advertised, but attract the event’s biggest crowd of the day (so far). Ripples of applause greet the opening few sourced from Mr Beast, the five-piece’s latest and not-quite-greatest long-player, but things really start moving with the commencement of ‘Hunted By A Freak’. I find myself swaying, head down, absorbed by strangers; my girlfriend’s lost to me, somewhere else amongst these people, all of whom have their faces locked forwards (turns out she went looking for cake and found only crumbs). Soon song titles become irrelevant – it’s all one long celebration of a band whose star might be descending gradually, but who can still craft the most epic of rock songs from the most rudimentary of instruments. I open my eyes just in time to see an arm stretch out and pull me away to something else, something very else.

Sunn O))) are the point at which words stop making sense of music, for they themselves attempt to make no sense of the music they make; they make because, seemingly, it is all they know; if they stopped, so too would the music dominating popular charts worldwide. After all, you can’t go upsetting the balance or we’re all in the shit: disrupt the darkness and the light can’t possibly not be affected. The comedown takes hold hard, loosens its grip long enough for yours truly to take in some Duracell, and then returns to see its mission through to its end. Its end beguiles, its myriad chapters dripping from pages torn from a book that never belonged to a man of woman born. Shit, just listen. Mould your own senselessness into a ball and lob it at the pension queue.

And that’s that: shivering kings and corrupted queens wander homewards. Another year’s Supersonic over, another one almost certainly being planned as you read these very words. See you the same time next year for more music from the fraying fringes of popular (or not so) culture, for more decaying sounds from dimensions unexplored. Click here to visit Supersonic organisers Capsule’s website.