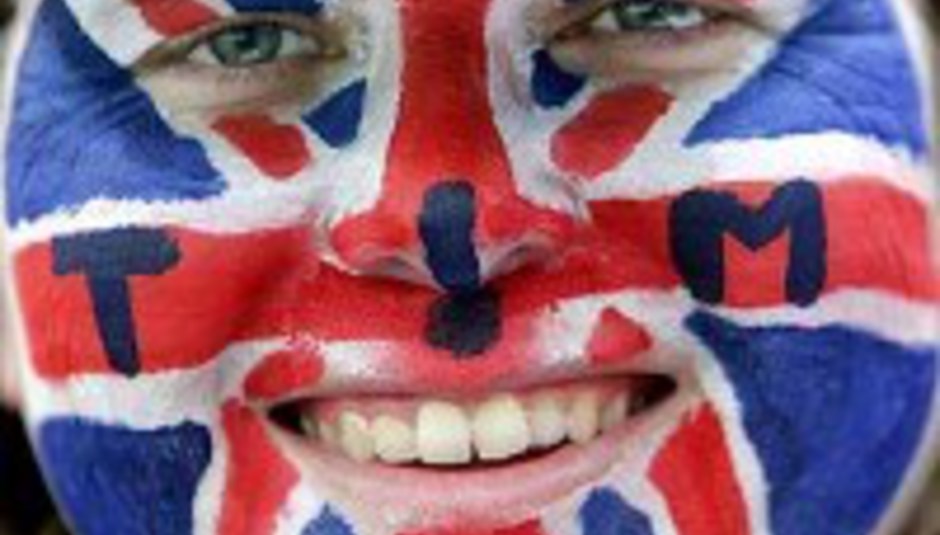 The solstice has come and gone, shadows are starting to lengthen imperceptibly once again, spring's modesty gives way to summer's sickly blossom and decay unfurls its first few sinister tendrils while the children frolic ignorantly in the sun.

It makes me feel ill.

Traditionally things get reeeal quiet round this time of year in terms of quality album releases, but happily DiS has picked out a few blinders to soundtrack your hasty retreat from the sun's odious rays. Simian Mobile Disco
Attack Sustain Decay Release
(Wichita)
Says reviewer Francis Jones: "Given their proximity to the old rave new wave, it’s almost inevitable that Simian Mobile Disco will be corralled into that dubiously defined genre. However, Attack Decay Sustain Release defies such trite categorization and, ultimately, what it is or isn’t doesn’t really matter. All you need to know is this is quality."
Read the full review here Parenthetical Girls
Safe As Houses
(Slender Means Society)
Says reviewer John Brainlove: "Safe As Houses is a beautiful, rare oddity of a record - musically creative, lyrically challenging, conceptually together and emotionally complex. And in these throwaway times, not enough bands manage one of those feats, never mind all four."
Read the full review here Queens Of The Stone Age
Era Vulgaris
(Interscope)
Says reviewer Alex Denney: "In a way, the Queens’ music has always been a kind of battleground for the proverbial devil and angel on Homme’s shoulders – with the devil winning, of course – and that continues to be the case here, with Homme’s bewitching falsetto croon acting as the spirit to the band’s tattooed, hairy flesh, and bruising, cactus-dry workouts giving way to lush, psychedelic oases of darkly reflective sound."
Read the full review here Raccoo-oo-oon
Behold Secret Kingdom
(Release the Bats)
Says reviewer Ben Yates: "Behold Secret Kingdom is a full-on beast, always challenging and occasionally brutal to the point that it becomes overbearing. This unfathomably vehement method of engaging its listener is, presumably, garnered from the interest in all things rawk that translates on the record."
Read the full review here The Icarus Line
Black Lives At The Golden Coast
(V2)
Says reviewer Gareth Dobson: "As the free-jazz stylings of album closer ‘Kingdom’ - all unrestrained horns and sax - brings things to a close, you’re left to reflect on the thought of music without glorious, dishevelled, unrepressed rock ‘n’ roll like this. It’s a horrible idea. We need more punk rock in the vein of this, more punk with a little soul on its tattered sleeve. The solution to our insipid-rock woes is simple: support The Icarus Line."
Read the full review here

Jetplane Landing
Backlash Cop
(Smalltown America)
Says reviewer Ben Marwood: "Jetplane Landing’s third album can be a hard beast to tame; an erratic punk-rock-funk-insert-some-other-genre-here-probably concept album from a band whose previous work was largely delivered with an accessible rock sheen and so concentrated in places that it threatened to combust right in your face."
Read the full review here Justice
†
(Ed Banger)
Says reviewer Kev Kharas: "For all its determined noise, † is never less than fun – the Parisian duo stay playful enough to make the climax of every track seem like a clash with the end-of-level boss from a platform video game. Justice know when to curtail the industrial strike and dazzle you with some star-skipping pop-chime, or a warble of gloopy future funk, before tossing you back into the unlit mire."
Read the full review here Built To Spill
You In Reverse
(Rykodisc)
Says reviewer Mike Diver: "Everything’s so perfect that, even after the eighth or ninth listen, the reviewer can’t help but think they’ve missed something, somewhere. Some rogue blip, or a rough-edged riff misplaced within a swirling indie-pop vortex of loveliness. But no: repeat visitations merely confirm that You In Reverse is Very Good Indeed."
Read the full review here

---
The DiScover Record Of The Month Says reviewer Samuel Strang: "Whereas Wives caught you in the jaw with a knee as you fell, No Age just let you drop. Ridden with distortion, Weirdo Rippers is a noise record. But as off-putting as that tag can often be, rarely does such an esoteric noise-mongering album incorporate such a raucous pop sensibility."
Read the full review here