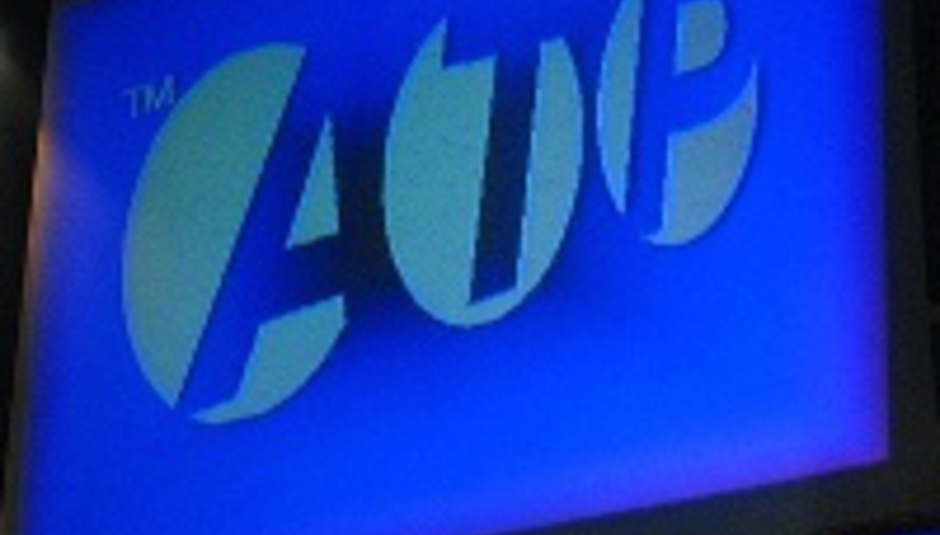 Versus The Fans, the preview: The ATP Perspective...

Versus The Fans, the preview: The ATP Perspective...

Barry Hogan is, to many an extent and purpose, the brains behind All Tomorrow’s Parties, which this weekend stages its first-ever fans-curated event. Versus The Fans’ line-up is built, primarily, of acts voted for by the attendees, by those buying tickets for the three-dayer. Which means DiS didn’t get a vote, as we didn’t pay. We’d have asked for Battles, Mogwai and Trans Am… what’s that? They’re all there? Amazing…

Prior to Versus The Fans, DiS found fifteen in its stupidly hectic oh shit we’re all going away on Friday schedule to pick said brains, to find out about the concept of Versus The Fans, its place in ATP’s future, and just who Barry would have liked to see at the festival.

Just how long has the idea for Versus The Fans been brewing? What made you decide to go for it this weekend?
We’ve had bands curating, and we’ve tried different things – we’ve had the Chapman brothers, and Vincent Gallo, and Matt Groening. The whole thing with ATP is that we ask people to curate that we like the work of, but I was finding that some of the curators liked the same bands, and I didn’t want it to become too repetitive. So, we were thinking: who else could we ask to curate? I thought, since it’s a fans-orientated event, let’s have the fans curate it! At first people thought we were mad – people were telling me that it was a nightmare, and that it would never work – but the outcome has been good! People at the start were up in arms with who we had picked to get things going, but I have to say that the line-up is one of the best ones we’ve ever had, if not the best.

And the reaction to Versus The Fans appears to have, generally, been really positive…
We’ve had such a great response, but it does take so much time – this has given the fans a real insight into the work that goes into arranging ATP. It’s a long, drawn-out process – we’re not like other festivals who’ll say, “We want you to play – you’ve 48 hours to confirm or fuck off”. If someone is on our wish-list, we’ll pursue them and try to get them to the event. I chased Public Enemy for eight months, and it was totally worth it! The best thing was seeing Flavor Flav walking around Camber… the night before we did a show at The Forum, with Public Enemy and Kool Keith, and he had a really small clock. I was like, “Flav, what’s up with that clock?” He’s Flavor Flav, so he’s meant to have this huge thing around his neck. The next day he’d changed it, and he had this enormous clock, walking around going, “Check this shit out, boi”. He was in the pub on the site, and it was really funny to see him swanning around a holiday camp. But that’s the magic of it – at the Dirty Three weekend just gone, Nick Cave was walking around but people got used to seeing him and left him alone. He had the time of his life, and saw more music than he’d ever seen in his life. He wrote to us afterwards saying ATP had restored his faith in music and that it was a great honour to be a part of the event. For us, that’s such a huge accolade. You don’t get much bigger than that. We’re as happy as pigs in shit!

Are there any bands that you really wanted at Versus The Fans, but haven’t made the cut for whatever reason?
I really wanted The Silver Jews to play, as they’re real favourites of mine and American Water is one of my favourite albums. It was a shame that they couldn’t do it, but they’re taking some time out. I know the fans wanted loads of bands we couldn’t get, but we did have to go for who was available, and who we could afford. Some people, I think, wasted their votes – yeah, I’d love Tom Waits to play, but he wouldn’t in a million years! We simply couldn’t afford him. If we put the ticket price up then the fans would probably be setting fire to my testicles! I’d love Radiohead to play, but they’re not really within our budget. It’s nice that people can reach for the sky, but when your votes are Radiohead, Bob Dylan and Tom Waits, you’ve wasted your votes! There’s a long list of acts we’d have loved to have at the event – I really wanted De La Soul, and there’s loads of newer acts… but, there is always room to do this again. We’re talking about doing part two, The Fans Strike Back. If we did do that, we might change the rules: you can only vote for bands that haven’t played ATP before. That way it keeps the festival fresh. I think people thought I was goading them this time by asking, “Why are you picking all this shit that’s played before?” But there I am, contradicting myself, by putting Slint and Shellac on! Any chance to see Slint or Shellac… but that’s just me. But we are pleased with the line-up – we’re always let down by some people, and do get strung along. One of the band’s people wanted to play was Interpol, but they said they weren’t available, yet they played in London last night! You need to say to them, “What the fuck?” No, maybe their schedule didn’t work out… But we’re lucky, as we can do multiple events, so you never know…

And this part two, when do you envisage that happening?
I don’t know when the part two would be, as we’ve got the rest of this year and next year planned. But I don’t see why it can’t happen, as the response to this one has been really favourable. The thing is, now, if we do a part two it’ll have to be better – we’ve set the bar so high that we’ll need to bring people back from the dead, Miles Davies and Nina Simone. When people ask me who is playing this festival, I sometimes forget – when I go out I get stuck and go, “Fuck, I can’t remember”. It’s because I deal with hundreds of bands. Arcade Fire are a band the fans were after, but we couldn’t get. The funny thing is that we tried to get them on the Slint ATP bill (in 2005), and if we’d held the event a week later they’d have played it. That was before they blew up, and now I doubt we could afford them.

Surely some acts get into the spirit of the event, though, and would therefore appear for a little less?
Yeah, maybe… we do pay good fees, but some people get better offers from bigger festivals, and it’s this that you’re up against. We used to be seen as primarily the only alternative festival that was outside of the festival season, but now it seems that there are hundreds of them, and some we seem fairly similar to. We could well have influenced them, but they do take away from our market… That said, our audience is flourishing: we moved to this new site and now we’ve sold 11,000 tickets over two weekends, which is double what we used to do.

The new site has split ATP-goers a fair bit, hasn’t it?
The intimacy isn’t the same – some people feel that Camber is more intimate, but it is something of an abandoned playground. That’s the best way to describe it. Minehead has better facilities, though – the chalets are much better, and there’s a swimming pool, not that I have time to use it since I’m always running around. There are more food options, too – I don’t know if Pizza Hut and Burger King are what people want, but if you’ve had ten pints of lager and it’s three in the morning, a Whopper always goes down a treat! It’s quite far, Minehead, and we do have people on the fence – there was a campaign after the December event (the first at Minehead) to have ATP switched back to Camber. We had teething problems, which I think we’ve overcome really well. At Christmas, we didn’t expect so many queues – the bigger bands seemed to be the biggest draws, and the crowds weren’t spaced out evenly. I thought people would be checking out smaller bands, like they used to at Camber. Some people were saying how they’d been cheated, just because there were queues, but the small room at Camber would often fill up – like when Clinic played, and Lightning Bolt. So… there were queues all over the Bowlie Weekender. We are only human, and we admit that. We come from a D.I.Y. background, and although we’ve become professional promoters, people need to know that this is an alternative to other events. We’re not ramming sponsorship down peoples’ throats – what we want is for the event to keep changing, and for it to keep getting better for people. We want to offer people the most value for money. I don’t know where else you’d get three nights accommodation for £140, and all those bands.

Is there any chance of ATP returning to Camber in the future?
We have talked about putting some events on at Camber again, but what might be a good idea is to have a questionnaire to find out what the fans really think. People are split on what they want – some people hate Minehead, but others love the new site. People would probably be sat on the website all day, though, calling me a wanker.

I’m fairly used to that, working at DiS… before you go, just how much time do you get ‘off’ at ATP, to actually enjoy the event you’ve shaped?
I do go and see bands – last time I caught quite a few. But it is hard: every five minutes someone’s on to me because they need paying, and I am always on call. I don’t mind, as I’m happy to do it… the thing with ATP is it’s like making a cake: you spend all day making it and then you’re too busy to eat it, and enjoy it. But there’s a fresh one made every hour!

For more information on Versus The Fans, and upcoming ATP events, click to their official website, here.