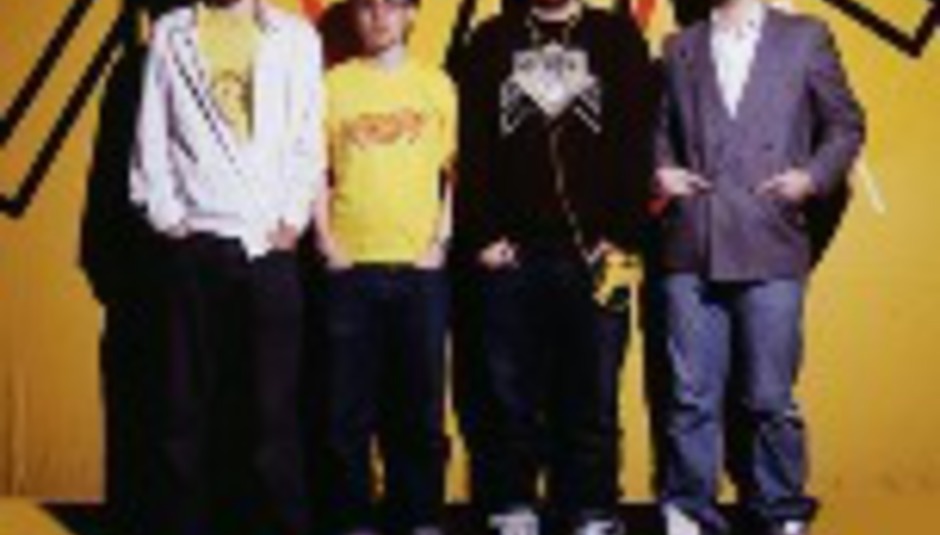 Hot Chip: DiS talks it over and over with Alexis Taylor

Hot Chip: DiS talks it over and over with Alexis Taylor

From folk dweebs to electro superstars and unwitting new rave vanguardists, Hot Chip’s swan-like emergence with The Warning in 2006 was a success story worth treasuring. Now they’re taking time out from various side projects to record the follow-up – just don’t ask them about their specs. DiS catches up with Alexis Taylor.

You’ve just come back off a short tour of the US to tie in with your appearance at the Coachella festival – how did that go?

There was quite a nice excitement with the crowds we played to in America. We probably seem very ‘other’ to them in a way that we probably were initially in Britain. I think maybe what we take for granted in who we are as people, when you go to the States they see it as British somehow, that sense of humour... Obviously over here you are exposed to a lot of American music, but when we go abroad we are seen as kind of odd in some way.

Is touring something you enjoy as a band?

It’s not like I’m anti-touring or anything but I’d say I’m happier making new songs at home or in the studio than being out on tour. I’m just more comfortable with being in one place than the hedonistic, touring lifestyle. We’ve grown a lot as a live band - originally we were just a two-piece with myself and Joe, so that’s a big change in our sense of self and that’s affected what we’ve been doing writing and recording-wise. It’s feeding into the next record.

How’s the new record coming along?

It’s not completely finished but we’re trying to mix what we have done and hopefully make some sense of it. We’ve recorded some stuff as live takes with the whole band playing simultaneously and some which were made in the old-fashioned Hot Chip way of just piecing various things together. We’ve tried to represent the live side a bit more on these tracks, it’s like an experiment for us. It’s nice to make a record where people don’t notice the huge difference between how you are onstage and on record - we made a virtue of that in the past but we wanted to do something that does include all five people playing. We’ve been recording in The Strongroom In London where Nico recorded her final album.

A lot of your songs could be roughly divided between the dancier, more uptempo numbers and the more introspected, contemplative songs – can we expect more of this on the new album?

Yeah, I think there’s more of those juxtapositions on the new record. People can expect the pop side of the record to be stronger in terms of being more immediate and direct. The songs are getting a bit more simple, we’re getting better at writing more succinctly. It sounds a bit less edited and a bit more ‘of the moment’ in terms of performances. Beyond that there’s a bit of a heavy metal influence, kind of like Black Sabbath played on synthesisers.

What have you been listening to lately, and has it had much of an influence on your writing for the album?

I could list loads of things I’ve been listening to but I don’t know that I can see the influence on the record clearly. I’ve been listening to a lot of Arthur Russell, he’s someone who was making music in the '70s through to the '80s. He was quite an interesting disco producer, he started using drum machines in the '80s but cello was his main accompanying instrument, so he’s pretty weird. I only picked up on him in the last year or so but some of his '80s output sounds like the stuff we’ve tried to do in the past. I’ve been listening to a lot of Willy Nelson and Bill Withers but I don’t think you can expect much of a country direction on the record – if you asked anyone else in the band they’d probably be talking more about house and techno records.

Do you worry at all that ‘Over And Over’ could become a bit of a millstone round your neck as a band, in terms of its enduring dancefloor popularity?

It’d be nice to follow that song with something that reached more people because although it was well-received it wasn’t really a chart hit. Certain members of the band are quite concerned about the fact that it could become a bit of a burden, but I was never bothered enough about it compared to some other tracks on that album for it to become too high up in my mind. I think we’re capable of doing much more interesting things, we’ve been writing songs for a long time before we were in the public eye. ‘Over And Over’ is just the start for me.

Were you at all surprised by the way things have taken off for the band after the release of The Warning?

We were quite affected by the Mercury nomination ‘cause it seemed to put our album in people’s minds, and made people take us a bit more seriously. Before that people didn’t seem convinced it was a serious work, they were more interested in whether we were nerds and what glasses we wore, especially in the British press. When we made the record we were expecting that it would be one of the best records of the year, we were pleased with it and we knew what we’d achieved with it. Being recognised by everyone else was a bit more surprising ‘cause we were battling against it not being taken seriously. There is a lot of fun in our music, but the things that are serious about it would get rejected because people could only see that it had a sense of humour.

You’ve been working with Green Gartside from Scritti Politti. Did you approach Green about a collaboration or vice versa?

That came about when I met him in the pub actually. We both liked each other’s music, it wasn’t something I’d ever intended really but he suggested it and we had a go. It was strange ‘cause he came up to me actually; he said, "Are you who I think you are?" It was just leading up to the Mercury Music Prize so I was worried that he thought I was in Guillemots or something. It’s been interesting working with a different songwriting partner after having worked with Joe for the past ten years. We didn’t do the obvious thing of trying to make a Scritti Politti album that sounded like it was produced by Hot Chip. I was quite keen to bring it away from our band. We’re using minimal accompaniments and putting the emphasis on our voices and the songwriting, so it wasn’t about having a very bold production.

Hot Chip have made the latest DJ Kicks mix album for !K7 Records, which is released May 28. Check them out online here.