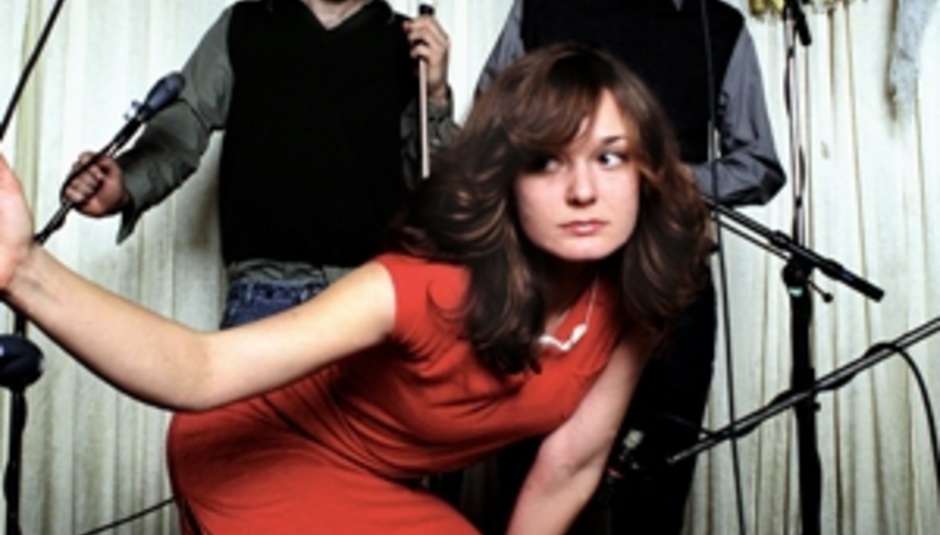 Sometimes someone drops a CD in the office and it just sits there looking all defenceless as it slowly gets buried by hopeful after hopeful, yearning one day to rise up the pile, into the player, then my ears and deep into my heart forevermore. It’s a fairly simple process, but few bands get beyond touching my earholes. One such day late last year I got sucker-punched by three of my favourite things in one: smokily lush voiced girl-rock, poppy art-rock (or what’s often referred to as indie-rock or blog-rock) and the city of Montreal - it’s a strong triangle of power around these parts.

Ahead of their performance this weekend headlining our DrownedinSound.com stage (venue is the Zap Club) at the Great Escape and their UK tour with Besnard Lakes, we caught up with Lizzie from the band…

DiS: When and how did you all meet?
Lizzie Powell: Bucky and Chris met in high school and I met them both at music school in Montreal. The details are a little blurry, but it started with me and Bucky and a long line of bass players before Chris was available to commit to the band full time last January. We all seemed to have similar ideas about how the music should sound. Pretty simple, but hard to explain.

DiS: Where does your moniker come from?
LP: I came up with it after a phone conversation where I realized perhaps that all I ever do is talk about future plans without ever acutually taking steps to realize them. It also dawned on me that perhaps she wasn't alone in this aimless chatter-filled rut.

DiS: Apart from bands what stimuli have contributed to the band you've become?
LP: Newspapers and people-watching are triggers as are several recurring dreams (hauntings). A lot of the songs are actually about the same things: love and fear.

DiS: Some of the band feature on some tracks with fellow Montrealers The Stills (one is included as a bonus track on the UK version, released soon via DiS), how did that come about?
LP: I think they tried some other singers they weren't happy with and then Liam thought of me and I said yes.

DiS: Is this your first trip to the UK? What're you excited about seeing/doing?
LP: My mom is from Liverpool and I've been there a couple times when I was younger. I'm just excited to eat those fish 'n' chips from the newspaper cone thingy. Exciting things usually happen by chance so I guess I'm just excited to live out some days of my life in a different part of the world.

DiS: You've got your debut UK single coming out soon, what can you tell us about it?
LP: It's pretty ripping. Brace yourselves.

DiS: What other new bands should our readers look out for?
LP: The National, ThunderHeist, Plants and Animals and cRAP your pants