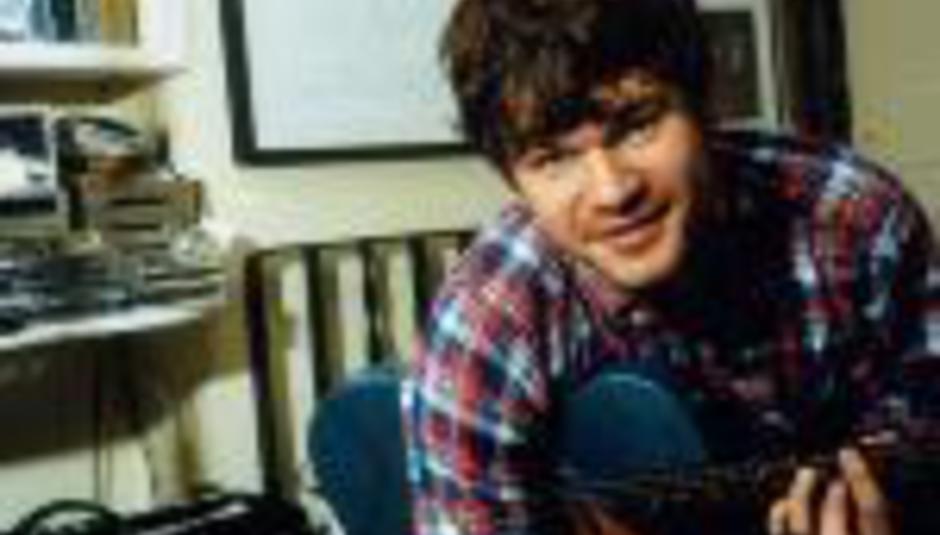 Even if, for some twisted reason, you haven’t yet heard Jack Peñate’s music, you still probably know the name – either because of the new legislation stating that one cannot speak of Jamie T, Plan B or, ahem, Just Jack without mentioning the lad, or because of the reference to “Jack Peñate and his public school rock ’n’ roll crew” on recent scenester-baiting MySpace flash-in-the-pan, ‘LDN Is A Victim’.

Both of these, however, are poor points of entry into the world of Peñate: save for a Laaandon accent, he simply ain’t got a lot in common with the post-Streets singer-songwriter triumvirate, drawing less on hip-hop than soul, classic rock ’n’ roll and, damn it, plain old pop. Meanwhile, his reaction to ‘LDN Is A Victim’ – “wicked tune, thanks for the shout, only problem is I’m middle class” – shows that neither does he share a lot with fellow ‘…Victim’ victims like Lilly Allen, who went predictably loco upon hearing the tune.

No, the best introduction – save from hearing him live – is the video to Peñate’s last single, ‘Spit At Stars’, which starts with a pair of empty trainers, tapping and shuffling along to a crescendo of scratch guitar; then, with the drum drop, their owner suddenly flashes onto the screen, sporting guitar, check shirt and hoop earring, and jiving like a fucken maniac.

Accompanied by bassist Joel Porter and drummer Alex Robbins, who snap into (and back out of) view just as suddenly, he proceeds to deliver two-and-a-half minutes of the most driving, upbeat and utterly irrepressible music you’ll have heard for months, all the while throwing shapes with total disregard for the most elementary notions of cool. And hence, of course, he comes out looking like the coolest kid of them all.

You’ve released only two singles to date, yet you’ve already got a second hefty UK tour planned and had substantial airplay from the likes of Zane Lowe and Jo Whiley. Does it all seem to be happening very fast?
The step up from not being known is very quick, but I’ve been doing this for years. It started with just me and my guitar, just doing open mics and acoustic nights – the crowd would have their mouths hanging open because I’d show up with my amp and turn it up really loud. Disrupting the quiet always made me happy. For a while I was doing building work by day and doing gigs at night and in some ways I miss those days – although it does get pretty tedious, playing to five people. Seriously, I had a year and a half of playing to absolutely no-one.

There were a lot of labels after you, at least when you had audiences of more than five. Why did you choose to go with XL?
The real clincher was when I realised I had 90 per cent of their back catalogue already. I was obsessed by Dizzee Rascal when he first came out, being a white middle-class boy, ha ha. Then the White Stripes, The Prodigy obviously, like every kid my age, Gotan Project, and I think Devendra’s brilliant… I’m very proud of who I’m surrounded by at XL, and I think it’s made me up my game a bit, which is a very good thing. Musicians are pretty paranoid people, so being on XL is like, yeah, I’m not too shabby!

People often refer to you as a singer-songwriter, which might be strictly accurate, but you don’t quite fit the normal mould…
I sing and I write songs – I mean, Prince is a singer-songwriter, it doesn’t have to mean Damian Rice. There’s a bit of a stigma attached to the term, which is sad. The singer-songwriters I’m obsessed with are people like Shuggie Otis and Todd Rundgren. When I started doing this, people would asking me, “Who do you sound like, David Gray?” They didn’t get it at all – I wanted to do pop, soul, music for people to dance to.

Tell us about your own much-famed dancing...
I just love dancing and I always have done. I used to go to popping and locking classes when I was younger, I even got taught by Banksy. I was always the kid at school who danced at parties. And I don’t really care what people think of it – I used to get rinsed for it, really heckled. People seem to think musicians should be all introspective, whereas to me it’s part of the performance. I love Prince, I love Michael Jackson, I want people to go away saying, “Rah, that was such a good show”.

Finally, thoughts on ‘LDN Is A Victim’?
The funny thing is, the guy who did it messaged me really early, maybe the day he put it up or something, so I had no idea how big it would be. But I just told him, I’m middle class, not upper class. Other than that, I think it’s funny and flattering and genuinely true. Like Mick Jagger, he’s spent his life being a black guy from the southern states, but I’d never discredit him for it because he writes amazing songs.

Jack Peñate’s next single, ‘Torn On The Platform’, is out on June 25. Check him out on MySpace here.