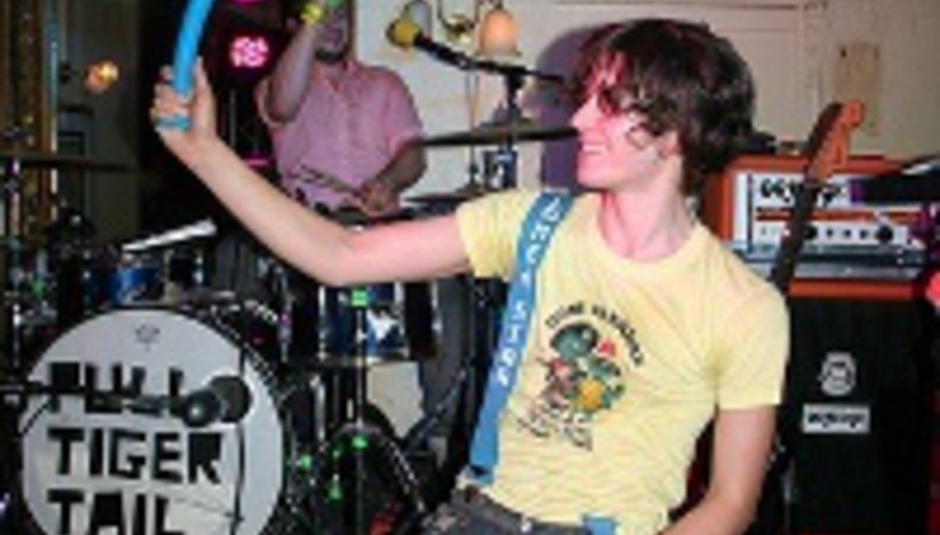 The Camden Crawl: Our Myriad Highs

The Camden Crawl: Our Myriad Highs

At the end of last week, on April 19 and 20, DrownedinSound.com went to Camden. This is nothing particularly unusual – our sorry, drunken bodies can be found slumped over the back of chairs in the north London borough most weekends – but this time we traveled up the Northern Line for a special occasion: The Camden Crawl.

This year’s now-annual (again) piss-up on the streets of NW1 was a two-dayer, with a variety of up-and-coming sorts rubbing shoulders with the genuine heavyweights of Amy Winehouse, Ash, Travis and, um, The Charlatans. DiS’s motley crew put pen to paper to note their favourite moments of the 48-hour musical marathon. They are collected below in what we’re calling The Camden Crawl: Our Myriad Highs. See that headline? Proof. Staging a festival at multiple venues always provides the predicament of overfilling one venue while another one is left empty. Saying that, while I barely waited in line at this year’s Camden Crawl: each venue was stuffed to capacity, making it easy to make new friends when forced to stand six inches from the faces of strangers. After opening the night up with Kate Nash at the Electric Ballroom, I went down to NW1 for Iceland’s Hafdis Huld and Fear of Flying before stopping my fairly lazy crawl at the Cuban Bar, in the stalls, for Friendly Fires and Jack Peñate.

Of this quintet of acts, the act of the Crawl for me is split between Hafdis Huld and St. Albans’ Friendly Fires. The two acts are completely opposite: Hafdis, a tiny, ever-so-cute but foul mouthed Icelander, spins through 40 minutes of dreamy, acoustic pop, while Friendly Fires turn the over-packed Cuban Bar into a sweaty dance party with new-wavy ramblings and synth machismo. While Hafdis Huld’s pretty, fragile set of folk-pop injects some much-needed honesty into a scene overwrought in pretension, Friendly Fires’ dance-macabre re-instates the pretension meter at its acme, reminding us why we wear those gaudy, esoteric buttons on our trousers in the first place. I need both bands tonight, an excuse to think and an excuse to dance, and both deliver the goods exceptionally. Albeit in their own diverse way.

Yet, the most unexpected moment of the Crawl comes during Jack Peñate’s set, directly after Friendly Fires. A tight-trouser bloke, obviously drunk on his own sense of self satisfaction, hops up onto a table right next to where a small army of fans clamor; he soon accidentally tips the table, and the twenty or so pints resting onto it on myself and everyone around me. At that moment, or shortly thereafter, the power on the stage shorts and Jack was no more, well, at least for a few minutes. As damp as I was, I allow myself a good chuckle at the coincidence. When did they rename Camden CDN? Every other moniker of the line-up is some oik peddling a Dick Van Dyke accent, be it Jack Peñate, Vincent Vincent, Xerox Teens or Amy Wino. There's one exception to the post-Lily Allen explosions of girls who've seen Lock Stock and therefore speak without vowels, and that exception is Laura Marling. She's a young 'un, still in school in fact, but when she opens her gob it's amazing. Lyrics that carry an Eastenders-like weight of the world way beyond her 16 years, and a voice to lift hearts with its chestnut croak and rich, soaring, Emmy Lou-Harris tones. She looks and sounds like a star, and tonight is prop'ah spesh.

The queue is insane to get into the DiS-curated sweatbox which is the NW1 pub, on Parkway. Everyone wants to see what the fuss is about when it comes to math-pop kids Foals. Within a few strums bodies are throwing shapes. Within a song or two the stage is invaded and the eruption of arms in the air and squished dance-pit moves is unrelenting. It’s a real moment in history: believe the buzz. The standout ‘band’ of the Crawl is Billy Bragg: he doesn’t perform too well but he doesn’t care - I suppose that this is his thing, anyway! He’s amazing, regardless.

The most unexpected moment: watching Hafdis Huld and actually quite enjoying her! Who would have thought that a cynic like me would have enjoyed the lyrics “I’ve got it all figured out… ice cream is nice, monsters are not”!

Elsewhere, watching Tom from FROG be the most pissed I’ve ever seen anyone, early on, but staying and not getting any more pissed throughout the night, between 5 in the afternoon and 2 in the morning, is pretty entertaining. Oh, and also seeing Tom Graham of Famous Music getting off with Trixie Geldof, a whole 16 years old. Pull Tiger Tail are another band faced with a queue of expectant faces snaking around the block as more people than is strictly necessary cram themselves into the Camden Tup. The big difference with other bands tonight is that those who can't get in here seem pretty content dancing outside, peering into the windows.

Maybe spurred on by the love of those content to stay outside, or perhaps because they're a rather good band, PTT put on a show to match the fervent external observers. Beguiling, jerky and angular, they audibly resemble a pop-punk The Young Knives, but with a big linear pop line running through them. And better looking. Understandably, 'Mr 100 Percent' gets the biggest reaction, but 'Let's Lightning' is the standout song of the night, all sweet tumbling melodies and drums. 'Animator' too is a sweet nugget of confused pop. Very good indeed. There's always one act at the Camden Crawl which you have no hope in hell of getting into seeing. This year it's the diminutive Amy Winehouse at the Dublin Castle, a venue usually reserved for tiny bands with moderate ambitions.

The setting outside is like a pop Vietnam. Paparazzi stalk, blacked out cars swish by; David Schwimmer hides behind a corner and the long, long queue outside is politely told that they will not be seeing Ms Winehouse tonight and should probably find a venue where their wristbands will be accepted. Yah Boo and Sucks. Was she any good? Hell if we know: we didn't have a hope of getting in, just like everyone else…