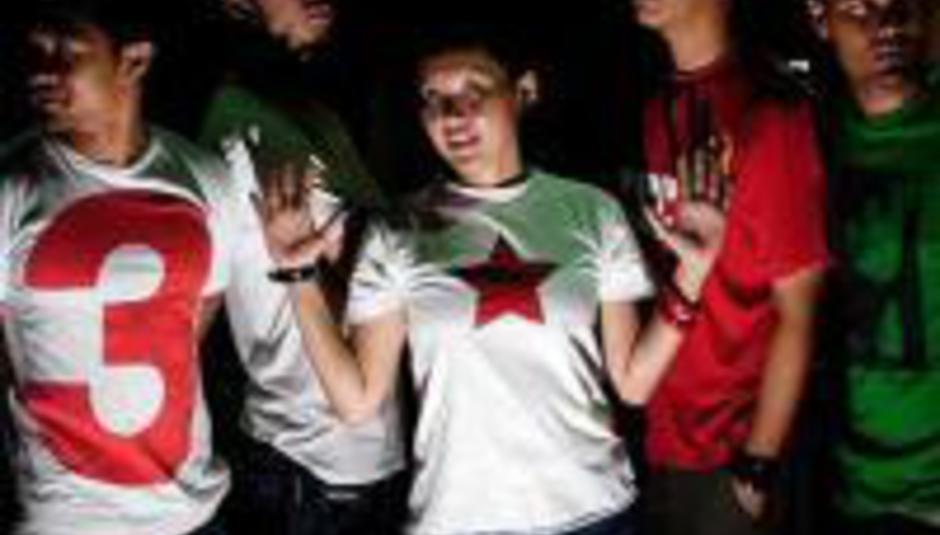 Every week of the DiS Goes East series, DiS will be focusing its spotlight the way of three bands from t’other side of the world. Here we bring you details of a trio of breaking-through outfits from the Far East who, with a little luck and a following wind, could be turning ripples into waves in the UK before long.

The Great Spy Experiment (pictured, main)
MySpace
This Singapore-based quintet are award-winners on their home turf, with their mix of Killers-like hooks and pure-pop grooves capturing them an admirable fanbase. With their influences expanding to incorporate the likes of Explosions In The Sky and Mogwai, though, they’re not as one-dimensional as a cursory listen via MySpace might suggest. The band – whose frontman, Saiful, is apparently a masseuse by day – recently travelled to the US for the South By Southwest music conference in Texas. DiS missed them, but reports from elsewhere were positive, as was the reception for their 2006 double-A-side ‘Class A Love Affair’ / ‘Captain Funkycurls’: the self-released single picked up coverage on mainstream radio and the five-piece won in the Breakthrough Band category at 2006’s Singapore Music Awards. The band’s debut album, Flower Show Riots, is due out later this year. Lonely China Day
MySpace
Based in Beijing, this electro-indie four-piece have been compared, by office-based DiSsers, to M83. Which isn’t that far wide of the mark at all: although the band’s vocalist Deng Pei sings in Chinese, the music about him conveys a mood, a feeling, that renders the language barrier irrelevant. This is music for those of an introspective demeanour, although that doesn’t prevent it from erupting from time to time – ‘One’ on the band’s MySpace page makes this absolutely clear, although we’re a little fonder of the brooding ‘Red Blossom…’. The band’s latest LP, Sorrow, is already out in China and a US release date is pencilled in for June 29. Says Time Out of the band: “Lonely Day China have their own, unique sound, a priceless asset in an overcrowded industry. Deng Pei’s compositions resonate with ethereal, constructionist beauty”. Yellowtail
MySpace
Based in New York but originally from Japan, Yellowtail is already a firm favourite with Gilles Peterson and has attracted plays on both Radio 1 and 1Xtra, as well as a number of non-UK stations. With a number of collaborations under his belt already, Yellowtail’s splicing of conventional jazz structures with broken beats and ambient atmospherics brought him to the attention of NYC’s revered Bagpack Records. His debut LP, FSOJ 9, was released on the also much-respected Compost label. Now looking likely to cross over into mainstream waters, Yellowtail’s slightly left-of-centre beat-scaping should endear him to fans of both up-beat electronica and jazz-inflected instrumentals in this country.

Next week we’ll be profiling three more out-there artists from, um, out there. See you then.