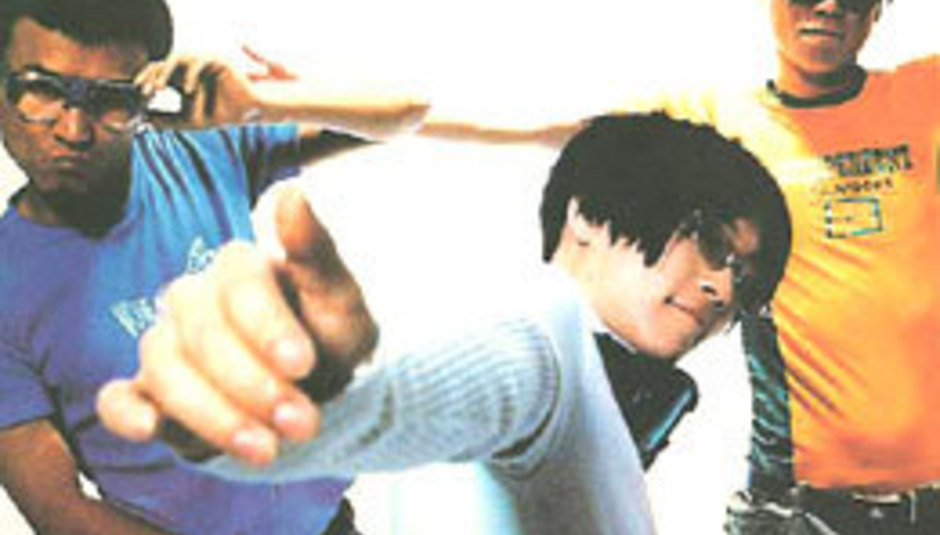 The Weekly Eastern DiScussion: just what do we know about Eastern music?

The Weekly Eastern DiScussion: just what do we know about Eastern music?

While artists from Japan have made inroads into western musical circles for many a year now – one only has to cast their mind back to last year to find Polysics touring with Kaiser Chiefs – few bands from other far eastern countries – China, Korea, Thailand, et cetera – have transferred domestic successes onto an international platform; or, rather, one beyond their immediate neighbours. Why is what DiS wants to know.

J-Pop (literally Japanese pop music) is a phenomenon in Japan, and has been since the days of Emperor Hirohito when American jazz crossed the Pacific. Its Korean cousin, K-Pop, is similarly huge (C(hinese)-Pop is growing, too): although restricted to the southern territory – popular music is still tough to find in North Korea – the movement has been building a considerable head of steam since the early 1990s. Considered experimental for the market they operated within, the group Seo Taiji and Boys (pictured) re-wrote the Korean pop rulebook in 1992, incorporating aspects of western contemporary music such as rap and techno and breaking into the charts in ballistic fashion. The band dominated the Korean market a la Take That in the UK, but their name never breached geographical boundaries.

Today, things are improving – with the internet providing music fans the world over access to the weirdest and most wonderful indigenous work around, the likes of Korean boyband TVXQ and former girlband singer turned solo artist Ayumi Lee are exposed to a global audience, should said audience want to search them out. Some musicians turn to acting to aid their exposure – Lee Jung-hyun, for example, balances a successful pop career in Korea, evolving from techno-influenced output to more Spanish-flavoured material, with a series of motion pictures. But still these acts, and myriad others, remain on the fringes of worldwide acceptance.

That why seems to boil down to one thing: the language barrier. But that may soon be a thing of the past, as Chinese continues to be spoken by more and more foreigners. Already a heavy influence on Japanese and Vietnamese in terms of style, the language is becoming essential for business transactions, as China grows as an international marketplace. In the music world, though, China is still seen as a pirate’s paradise – illegal copies of albums flood the market, and the result is that many releases are tested in Hong Kong and Taiwan before China.

Few Chinese acts have, as yet, explored foreign audiences beyond the realm of the internet. Rock outfit Joyside, from Beijing, even experienced difficulty taking their music on the road domestically: their attempts to win over audiences unmoved by rock ‘n’ roll are captured in the film Wasted Orient. Its American director, Kevin Fritz, said of the film: “The film Wasted Orient is what it is, pure and simple. It's honest. It is the true way of Chinese rock n' roll. It's not glamorous. It's filthy. It's filled with despair. It's very unwanted in that society and is shown in its citizens' apathetic response to it.”

Heavy metal is popular in China, yet many of the country’s big names are unknowns beyond their native land. Tang Dynasty, for example, have been at the forefront of the Chinese metal scene since 1992, yet to most DiS readers their name will be unfamiliar. Overload are a thrash band who were featured in Wire in 1995; again, their name will be new to most outside of China. Of them, Wire writer Steven Schwankert penned:

“The band plays like they're on fire - literally. Halfway through their first song, an amplifier at stage-right ignites and burns until technicians beat it out. Guitars and vocals cut out at various points as wires come loose, but the show goes on. At the end of the set, a 50-year-old man standing in front of the stage joined Overload's fans in a chorus of ‘one more!’”

Sounds brilliant. But it’s brilliantly obscure, still, and the above few are but a skimming of the surface, a cursory take on the multi-faceted musical market of the Far East. Which brings us to our DiScussion question, again: why?

Do Korean acts – and those popular in China (where punk-rock is fighting back following the closure of many bars several years ago), Singapore (which has a burgeoning urban scene), Thailand (which has an expanding indie-rock scene), et cetera – care about crossing over into western markets? Do consumers here want to hear music from so very far away, both culturally and geographically speaking? Is piracy in the Far East so bad that labels simply aren’t bothered about traditional formats anymore, preferring to put their artists onto televised talent shows? (Look at Morning Musume’s success through the TV show Asayan.)

What bands/acts in the Far East could benefit from exposure in the UK and the US? Are there great bands that Britain is missing out on, simply because of a few boundaries? Why have so few acts – even from Japan – made it into the west, and what do we actually know about the market of China and its surrounding countries?