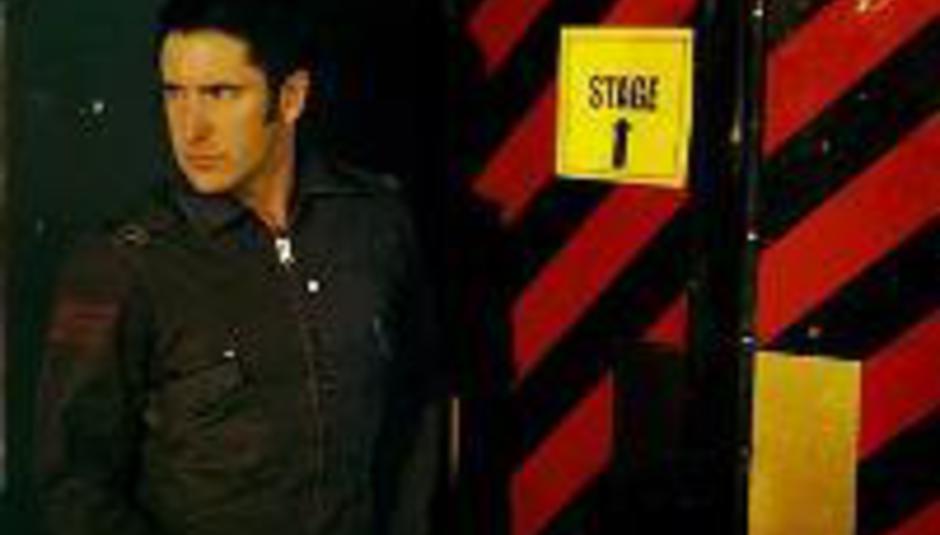 “Do you fancy interviewing Trent Reznor?” reads the email in my inbox from DiS's faithful editorial team. “He is, after all, a big deal?”

“Fuck yeah,” I reply almost immediately. “I grew up on that shit.”

Like many coming of age in the mid to late nineties, I listened to the greats of the commercial American heavy rock scene: Rage, Tool, the Pumpkins and, of course, Nine Inch Nails. But as with all of these bands, I felt I had grown out of NIN’s music before long. I hadn’t had much time for their brand of industrial goth-rock since The Fragile album came out in 1999, but still remember scribbling the NIN logo onto notebooks in school and the incessant hours spent listening to The Downward Spiral. At the time, there were few bands that meant more to me, and I’d like to think I’m not the only one whose early forays into the music world were positively affected by NIN. But questions still remain… are NIN still relevant? Are they still pushing boundaries?

Fast forward and I’m at Brixton Academy. Minutes before taking the stage, Trent Reznor – the sole member of NIN, as it were; his band have always been hired hands – sits nursing a bottle of water. Gone are the days of gallons of spirits, drugs and groupies as part of the pre-gig ritual. But even without the poisons upon which the rock world is lubricated by, he steps out in front of the thousands of adoring fans and gives one of the best live performances I’ve ever seen. All of a sudden it’s clear why this man remains one of the most important people in heavy rock. I mean apart from globally commercializing the word ‘goth’ to be a self-parodying identikit army of Camden crawling, PVC-wearing 40-year-olds who’re still upset at Daddy, the dude knows how to rock some fucking tunes.

He's not the svelte character you envision from his commercial peak – the guy trouncing round po-faced on videos for ‘Closer’ or ‘The Perfect Drug’. He’s packed on a couple pounds and looks a bit older, but leaning on the mic and barking what could be the satanic versus like Mephisto’s faceless minion sent to announce the apocalypse, I am legitimately scared. Alright, I admit that I’m hungover as motherfucker and thus paranoid, but it’s still pretty scary. And amazing. And even more amazing that he’s sober and still this wild.

“I’ve been totally sober for going on six years now,” says Trent, sighing heavily some days later. “So it’s radically different scenario for me backstage [to then]. No one in the band is out of their mind at this point. It used to be part of the ritual; getting into a mind state. The show felt cathartic in a way as you were embellished by the alcohol. The main event of the day came after the show with whatever the wind might blow you. My own life certainly caught up to me… [and took me to] a very bad place. The last time we toured… a couple years ago, was the first time I toured sober, and it was weird because I realised I could rethink things. The trajectory of the day was different now. The focus was the two hours on stage versus the six hours after the show. At this point it feels good now.”

Your rock’n’roll lifestyle has been noted before, but do you still feel the need to aspire to be the debauched rockstar of legend?

“Not now,” Trent responds quickly, breaking the lethargic pace at which he usually speaks. “There certainly was a time – the mid ‘90s when we blew up commercially – strange things happen to you. You can say as I did, ‘that won’t affect me.’ But when almost every aspect of your life changes from your bank account, to your friends, to everyone around you, to everyone kissing your arse, to the phone ringing off the hook… and it happening against the backdrop of being on a tour bus away from whatever you thought home was, without any kind of sense of who you are – which is where I was at the time – and you read press about yourself, which makes you out to be something you never really thought you were… I saw my personality distort. I started thinking I had to live up to that image and if I met people and I wasn’t the most depressed vampire in the world then I would let people down. It became a self fulfilling prophecy.

“I kinda based who I was on what I’d read about myself. Set that against a healthy dose of alcohol and drugs and it’s a recipe for disaster. These days it feels like I learned a lesson. I’d subscribed to the romantic artist belief that my art comes from pain and that I have to be fucked up for inspiration. I believed I did need these things for a while. I’ve learned with a clear mind that I’m capable of a lot more than I was; certainly at the end of my rung. And that’s inspiring to me at the moment.”

Trent has very publicly battled with depression for much of his life. Part of it self-inflicted, an almost psychosomatic repercussion from his constant portrayal as the ever-morose, cocaine and bondage version of Depeche Mode. His voice still shows scars of this. As the sole face of NIN he’s left to do everything: the music, the interviews, the videos, the business side of things, everything. He’s tired and monotonous throughout. But really, all these goths go to bed dreaming of cuddly-wuddly bunny wabbits, rainbows and chocolate. He certainly does following his creation of new album Year Zero.

As a result of Reznor’s new found sobriety, he discovered there were more hours in the day – time that needs to be filled where previously he would use it to ply nose candy into his hooter, bathe in champagne and screw groupies to the floorboards. Well… maybe he still does groupies. I would. And with time to fill, and the advancement of the portable recording studio he wrote an album’s worth of material on NIN’s last tour in support of 2005’s With Teeth.

The fact that it was conceived in the tour bus is evident. Although it may have been filled out in a recording studio, the sparsity of the back of the bus can be heard. There aren’t six different drum kits, an array of vintage amps, kettle drums, glockenspiels and the like. It’s as if the tracks have been stripped as a means of creative limitation.

Perhaps more interestingly is the concept behind the album; an almost Orwellian futuristic dystopia conceived by Reznor, with each track being a different vantage point of this reality, whether it be from the perspective of fundamentalist or Joe Average. It’s not an album belittling George Bush, and to be honest… thank fuck. Taking the pish out of God’s monosyllabic emissary to us mere mortals is kind of like kicking a puppy. We’ll leave it to Manhattan socialite Michael Moore and multi-millionaire ‘punks’ Green Day to do that.

Still, it’s a nice change to the days when Monsieur Reznor could sing about nothing other than how morbidly sad he was or how he lacked any human emotion or how he is incapable of love blah blah blah.

He almost cracks a laugh at this observation that he is no longer the fatally depressed person of yore: “Yeah, I’m feeling pretty good. Am I completely satisfied with all of my life? Certainly not, but I think this (the album) is a product of being sober, being older, maturity creeping in and making peace with a lot of internal issues. I don’t feel like I’m at war with myself nearly as much as I have been in the past. Generally I don’t have much to complain about, and I’m much more appreciative about being able to make a living out of doing the things I love. I took that for granted for a long time.

“The last album has been a rewarding thing. It didn’t seem like it was a struggle.”

“Seems that way. I ran myself into the ground, but I can look back with a clarity I didn’t have at the time. I was totally full of shit in my thinking and my life goals. My goals were to get a record contract then everything is gonna be okay. What a shallow dream that was. There’s more to life than hiding in work and proving to myself I am some thing I’m not.”

Sure, in a pre-9/11 world, the idea of the Trent Reznor’s and Marilyn Manson’s running around ravaging cheerleaders and wiping their cornholes with Bibles was disturbing to Middle America/England, but now there is the more real threat of people blowing up fucking Underground stations. Thankfully, Reznor has evolved with the times. Where his one-time protégé Manson has become as redundant as a condom in Ann Widdecombe’s handbag, the industrial rock king is still in the ring spitting, snarling and generally stirring shit about something a bit more relevant in today’s world. And that’s a good thing when you’ve got tunes to boot.