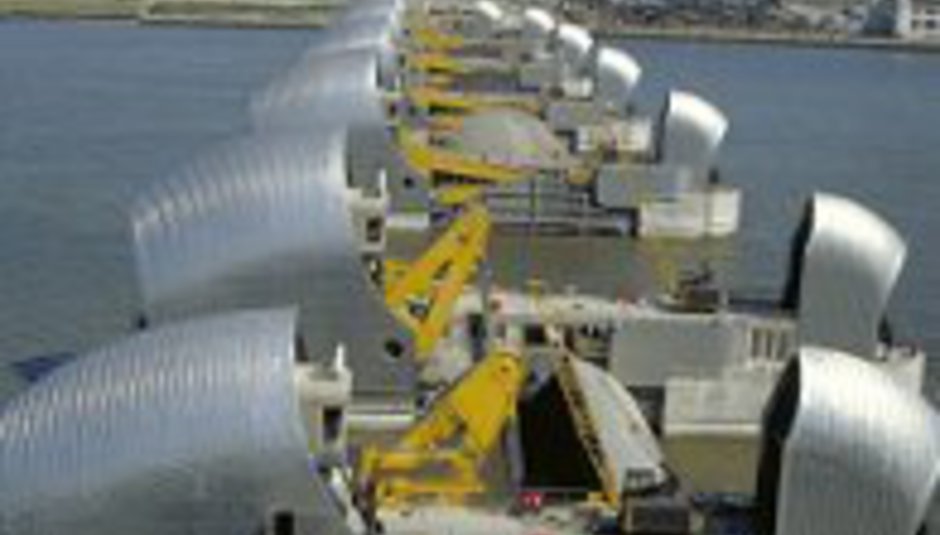 January was cold. But for a few days it wasn’t, and we all feared London would flood when the rising sea level overpowered the wonder of modern technology that is the Thames Barrier. Then it got colder, still, and we remembered that The Netherlands will drown way before us, meaning that barrels of Grolsch will wash up on the east coast of the Isle Of Wight for a good few years. Hooray.

Oh how we’d celebrate: free beer and Red Funnel trips all round! Unless Portsmouth was also submerged, of course. Would that be such a bad thing, though?

But all this talk of evolving into a race of webbed-limbed freaks is totally off the subject at hand, which is January’s finest long-play releases. Yes, despite the mood of the nation following Christmas, one of greyness and gloom, many a great album hit stores online and high-street alike in the year’s first month.

Here are our pick of the bunch. Listen to them, for they are far from as bad as awaking one morning to find the canals of Amsterdam have risen to flood the Sex Museum. Nobody wants that. _Myths Of The Near Future

Said DiS of the much-hyped debut album from London’s Klaxons: Myths Of The Near Future isn't a rave record. It was never supposed to be. It's a wildly varying catalogue of melody and energy that eschews genre and scene in favour of songwriting and awe-inspiringly beefy production. Don't let anything get in the way of you picking up Klaxon’s debut long-player: it's expansive, free from pretension and easily one of the finest first releases of recent times...

Said DiS of the Scottish quartet’s fourth long-player: My Heart… is one of the most defining, yet joyfully free-spirited, albums you will hear all year. Yes, musically the songs housed in this ten-track collection jut out at a near-right angle to the band's earlier material, but even without the usual PR fanfare and proclamation of a band stating they have reached their creative peak and created a piece of work that captures them at their best, you feel they have done just that. Here, Aereogramme have created something more than deserving of all the praise lavished upon it. Said DiS of Hella’s first ‘big band’ album: Imagine The Mars Volta's swollen red super-giant bursting beyond the constraints of mass and time and finally contracting to an all encompassing black-hole, sucking in Lightning Bolt’s heaviest riffs and The Boredoms’ most intense drum work after hurtling them to ‘n’ fro against all manner of cosmic debris. Titles such as 'Song For Insecuirity' and '2012' may seem wilfully obtuse. They are. They fit the mood perfectly. Hissing Fauna, Are You The Destroyer?

Said DiS of the record many a commentator has called a potential album of the year: Instead of pairing his sombre, hope-tinged lyrics with the contemplative acoustic navel gazing that has made the careers of a few too many fragile individuals, Of Montreal’s Kevin Barnes teams his emotional bloodletting with a thrusting mix of psyche-tinged melodies, bargain-basement electro and disco-fuelled indie. All channelled through multiple harmonies that, oddly enough, periodically evoke the spirit of early Prince. It’s funky, occasionally sexy and often brilliant. Said DiS of an album almost wholly inspired by the snortin’ sort o’ drug: From the first bar of 'We Got It For Cheap' the two brothers known to their mum as Gene and Terence Thornton drag the listener kicking and screaming into a world of pseudo-glamour, drug deals and, well, excruciatingly good beats. Clipse manage to merge the murky world of selling crack with popular music of the highest quality. Something you can't imagine Pete Doherty ever doing. DiS saw fit to slap a 10/10 on this bad boy: No doubt Field Music fans have been champing at the bit for the release of this album. After being treated to a collection of b-sides and rarities early last year, Tones Of Town, their second album proper, continues to demonstrate how proper pop music should be done – full of lush harmonies, skewed melodies and with an ear for delicately perfect tunes. It’s unpredictable, ridiculously clever, catchy as hell and as perfect a pop album as you’re ever likely to hear. Said DiS of the album that was hardly likely to get a bad review on DiS: New Mexico may be a long way from palm-strewn beaches of California, but The Shins’ James Mercer remains the Brian Wilson of his generation, an unrivalled pop conjurer whose elegant way with a melody dispenses with the notion that pop’s strictly for tarts. On Wincing The Night Away, he dispels yet another myth, that maturity and pop music go together like foot and mouth. Said DiS of the Kentish instrumentalist’s EP-cum-album, something so good we successfully asked them to play a show for us: It’s their masterful manipulation of the listener’s emotions that sets Yndi Halda apart: many a technically tight passage can be forgotten come the record’s climax, as the memory remembers only the images these four tracks conjure. A burning red sun rising high over a sparkling sea; endless glaciers picking up pace on a mountainside, threatening to destroy the hamlets below; the curve of the Earth as seen from the lunar surface; crows in Finsbury Park battling over whatever one of the murder pulled from an overflowing waste bin…

Said DiS of the album that reminded us what punk-rock should sound like: Buying this album won’t make the hot girl in class talk to you, and the sporty head boy won’t suddenly select you for the football team. Buying this record won’t turn your grey black, lift the sacks under your eyes or remedy the nagging sense of déjà vu that manifests itself in your ear canals every day. But… fuck, it makes me feel absolutely electric, the most alive for years, invincible. Said DiS of one of our most-heart’ed bands in the UK’s latest LP: TCTC’s Ben Gautrey’s gravely vocal is extremely high in the mix – not a move I’d be inclined to agree with but despite (or maybe because of) this, echoes of it are still puncturing holes in my brain some time later, even, inexplicably, when I get up in the dead of night to answer nature’s call. Too much information you may say, but it’s about context, the context here being that there are tracks on_ Make This Your Own _that will tear the top of your skull off and sit in your head for days.

---
The DiScover album of the month Said DiS: Blue Birds Blood is a forgotten box of cobwebbed pop tinder, its songs waiting loyally for the noisy tumble of shrapnel through the rusted guts of old penny slot machines. Get it and treasure it.