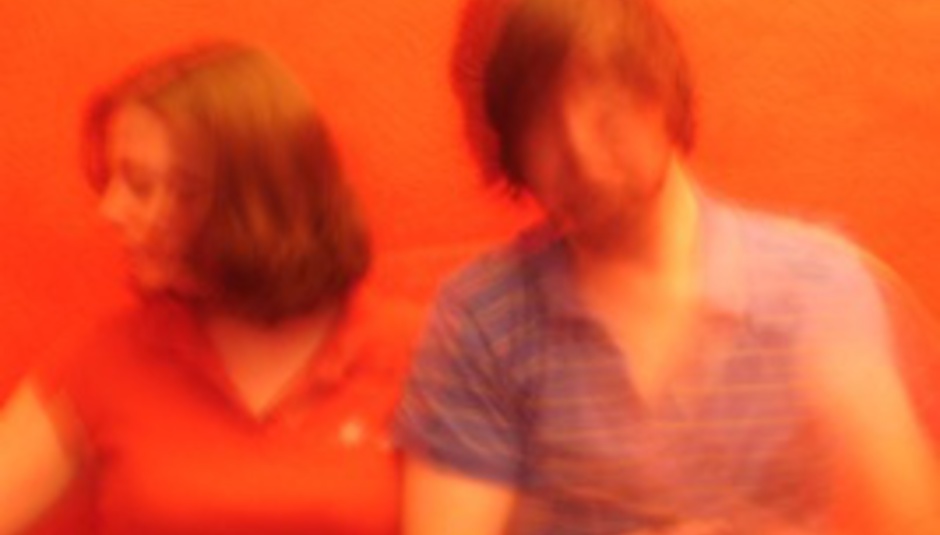 Irish indie-rock outfit Desert Hearts first established themselves on DiS’s radar of goodness back in 2002, when they released their debut album Let’s Get Worse via Tugboat.

Since then the band – now the duo of Charley Mooney and Roisin Stewart – has been sporadically active: they’ve enjoyed a few high-profile support slots with acts as diverse as Snow Patrol, The White Stripes and Akron/Family, released some seven-inches and now they’ve got album number two wrapped up.

Hotsy Totsy Nagasaki is available right now through No Dancing/Gargleblast (labels based in Ireland and Scotland, respectively). DiS wrote nice things about it in September: “Hotsy Totsy Nagasaki picks up where [their debut] left off: the arrangements are immediate, yet many-layered and absolutely worthy of repeated investigations; the (often lyrically dark) vocals lean towards all things sugary and sweet, delivery-wise, one minute only to erupt, alongside some particularly aggressive guitar work, the next.”

Mooney very kindly allowed us to probe him, rather, via the medium of Some Questions. Which was nice for us. Let’s hope he enjoyed it, too.

If you could be drowned in anything, what would it be?
A tank full of Corona beer and hundreds of limes.

What are your favourite websites?
The three I regularly look at are DrownedinSound, Pitchfork and AV Club, and once a day maybe Sky News or BBC.

Apple Mac or PC? And why?
Well, this PC runs slow as fuck, so I guess a new Mac would be good. I wouldn’t even have a computer if our producer Andy Miller hadn’t given me this one to make me record new songs.

If you could make one already-written book as important and integral to Western society as the Bible, what would it be?
The Dirt, by Mötley Crüe.

Have you had any near-death experiences?
Various electrocutions, a house fire and those fuckin’ near-silent trams in Amsterdam.


Who would play you in a film based upon your illustrious life?
Larry David or Vincent Gallo. Some full-on fucker like that.

Who is your favourite non-musical celebrity and why?
I guess Larry David has given me a lot of entertainment over the years.

What has been your most notable experience with fans and admirers?
We had a sell-out show in Barcelona and they had our CD booklets in slipcases for us to sign. It was notable because that hadn’t happened before that show.

You spend so much time together, how do you stay friends?
Ha ha, that’s a good one. I think any good band should have some friction. It’s good for the creative energy.

What band do you wish your band were as good as?
Well, I see different things I admire in lots of bands, but I wouldn’t want to sound like them. How about Slayer playing Will Oldham songs?

What advice would you give someone coming to one of your gigs?
Don’t come near the stage while I’m playing or you’ll get a guitar in the neck.

What's your favourite booze and why?
I like free booze the best.

Who or what do you miss the most?
The innocence of childhood – not having any worries, etc.

What part of your body is your least favourite?
My brain.

Mooney recommends that readers DiScover De Rosa, Life Without Buildings and Robyn G Shiels - click their names for MySpace links – and that each and every one of you should attend an ATP Festival in the future (link).

Hotsy Totsy Nagasaki, Desert Heart’s second album, is out now on Gargleblast/No Dancing. The band’s MySpace can be found here.