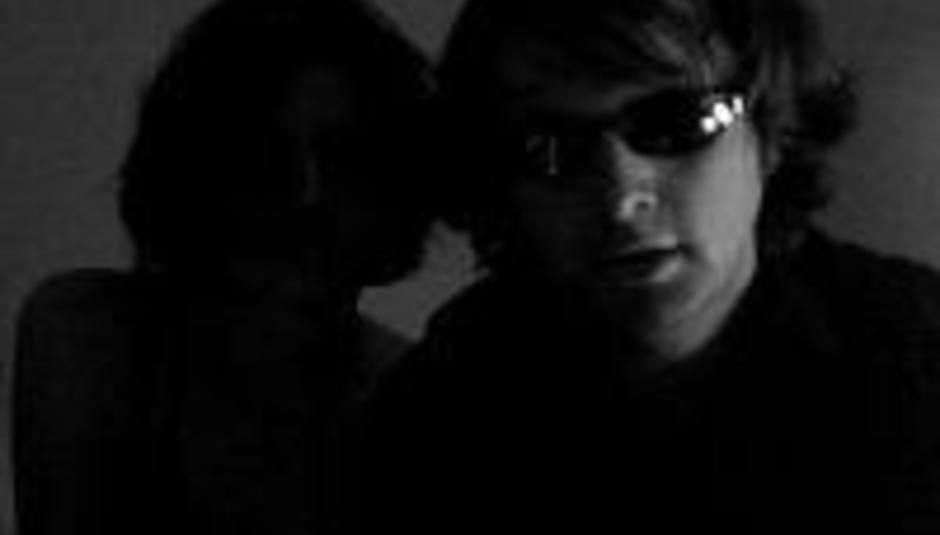 Ape Has Killed Ape is the new musical project of former Meanwhile Back In Communist Russia members Emily Grey and Tim Croston. Similarly glacial in instrumentation to Meanwhile…, AHKA take breathy monologues and meld them with minimalist beats and delicate chimes. It’s all a little Vespertine at times, albeit from Oxford rather than the volcanic landscapes of Iceland.

Ape Has Killed Ape are one of four bands playing DiS’s DiScover Club @ RoTa this Saturday, November 18. Also appearing on the bill are Adam Gnade, The Monroe Transfer and Viking Moses. Exciting, no? Yes! For full details of the show, click here.

Tim very kindly found the time to answer a few pre-gig questions, which we’ve neatly compiled into DiScover: Ape Has Killed Ape. Enjoy, and come on down on Saturday to discover some great new music in the flesh.

Where and when did Ape Has Killed Ape come to life?

At the end of the Battle for the Planet of the Apes, from the mouth of General Aldo, on a historic day in the future. Ape Has Killed Ape has existed as a concept band for some time - we spent about a year talking about how we were going to form, drawing up a twelve-point manifesto and arguing about creative tensions before we actually got round to writing any music!

Are there parallels between the band's sound now and that of former act/s?

I think 'parallel' is the right word - it doesn't sound like our other groups, except the speaking voice. We're much more quiet and organic. We're trying to get you to pay attention, rather than overwhelm you with dynamics. It's important for us to leave some space for the vocal - that's why we're only playing small venues and spoken word nights, and avoiding rock venues. So we're probably not what the NHAC is used to. Our first gig was a festival theatre stage. You can't really call us a band.

What would you say your most obvious music-related influences were? I.e., if a complete stranger to your band was considering listening/attending, but wanted some point/s of comparison, what could/would you offer them?

Well, just don't expect a guitar band! We sound a bit like the non-post-rock bits of Meanwhile Back In Communist Russia...

What's the situation with recorded/available material as of the minute?

We encourage you to download it free! MySpace page.

Do you find it easy to slip onto a variety of show line-ups? Do you think you fit into any particular pigeonhole, loosely or neatly? Is 'post-rock' a term that really shouldn’t be applied to your music, or do you see/hear why people might categorise it as such?

We'd be most surprised to find out we'd been making post-rock music! We don't really fit into 'performance poetry' or 'dramatic monologues' or 'electro' or 'post-rock'. Just file us under 'boring' and 'spoken word'.

As a two-piece, do you ever feel restricted as to what you can and can't create musically? Is modern technology essential to the group, as laptops and the like can transform the sound of two into the noise of many...

The two-piece format is claustrophobic rather than limiting! It's not restrictive musically, as we're not going for a 'band' sound. The laptop is like a comfort zone because it fills out the sound and makes us feel less exposed. But it's not of musical or stylistic importance. We'd like some more musicians - we're looking for an upright bass player. In order of importance, the laptop is for recording, writing, then live sound. We have other projects which are more interested in what's possible with technology, and using the laptop as an intuitive instrument.

Have you had the opportunity to hear any of the bands you’ll be playing with on November 18? If so, are you particularly looking forward to a certain set?

I'm excited about The Monroe Transfer. I haven't seen them with their new line-up yet. My other band, Mesaplex, is playing with them at the end of the month. We're a loud-electro-post-rock band.

We're making a video and EP for our song 'Marshes'. We'll be playing at as many tiny intimate venues as we can find. From January we'll be gigging with all-new material - we want the music to be as different as possible. We plan to have some more intricate stuff with percussion and keyboard. At some point, this group may go LOUD. We might even start a band.

Ape Has Killed Ape play the DiScover Club at Notting Hill Arts Club on November 18. The show is free, from four until eight, and is open to over-18s only. For full details click here. Ape Has Killed Ape’s MySpace page is here.