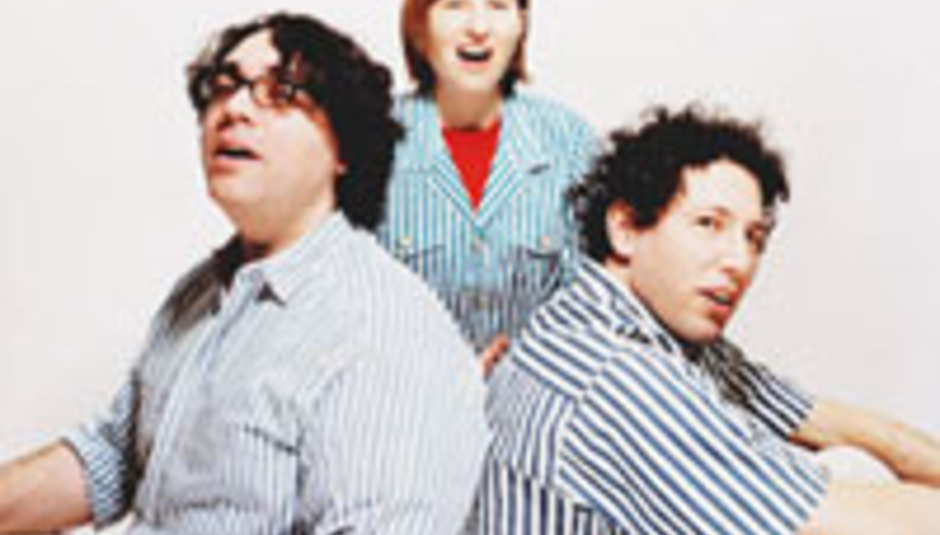 Yo La Tengo: "we just start f*cking around"

Yo La Tengo: "we just start f*cking around"

Hopefully it hasn’t escaped your attention that the superbly talented Yo La Tengo are gracing our fair isles with their presence as of right now. The Hoboken-spawned indie-rock trio – who’ve no fewer than a dozen albums proper behind them, not to mention b-sides and rarities compilations and best-of discs – are playing a mere four dates in the UK; at the time of writing they’ve just come off stage at Cardiff’s Point venue.

The band’s current dates are their first here since the release of their latest long-player, I Am Not Afraid Of You And I Will Kick Your Ass, but DiS caught up with bassist James McNew back in the summer, just after the band (completed by husband and wife pair Ira Kaplan and Georgia Hubley) played a headline set at London’s less-than-huge Bush Hall. (Read the review here.)

So you’ve played a couple of festivals this year – Indian Summer for one. How was that for you?
Festivals are sort of alien to us. They certainly feel alien – I think, outdoors for us… although the sweatboxes can be unpleasant, I think they sound better. I don’t think nature is a natural place for live music – I think we’re at the point where we need the sound to work correctly. Playing Bush Hall was really invigorating, to be able to be loud, and ferocious.

I noticed – the band seemed surprisingly vicious to me at times. Does your more aggressive side ever leave attendees a little shell-shocked? Do they ever crave the calm?
Well, um, I don’t think those things should be exclusive. It doesn’t feel at all unnatural to enjoy doing both of those things; I think both of those things accurately reflect our personality, and the identity of the group. It felt especially good – we’ve not played the new songs in front of people too many times, so to have it feel right and feel good was exciting.

And did you think the songs from the new album were well received?
It’s difficult – anytime we tour in support of a new record, people scratch their heads at songs from the new record. They don’t always react in the ‘right’ way. Then when we tour the next record, people will cheer for those songs that they previously were befuddled by, as then they’re befuddled by the newer material. I guess it takes a while to take the new material in.

I suppose it’s important to maintain a thread of feeling from one album to the next, then; a certain stylistic similarity that’ll ensure the new songs are identifiably Yo La Tengo efforts…?
Possibly, as there are distinctive instruments that we use and there are sounds that we like. And these are regulars amongst other, more disparate elements.

And when you’re writing new material, do you bounce ideas fresh and otherwise off each other?
It seems that we’re a good influence upon each other. In our own ways we challenge each other, and challenge ourselves to do things differently to what we’ve done in the past. We’ve been together for a very long time, and we’re very comfortable playing with each other, and that builds up a lot of confidence.

And with such confidence, I guess each member mustn’t hesitate when it comes to suggesting something that might be a little leftfield compared to what’s come before?
If anything, you become less subconscious about bringing things up like that. Things that seemed ridiculous a long time ago might not be now. Normally that’s how we’ll make an album: we’ll record every idea we have for a record, and then assemble it into an album. There’s always something left over, as some things never go anywhere ‘cause they didn’t feel right at the time. There are leftovers like that from every stage of the band, but we didn’t know they were going to be leftovers – we worked on them just as hard as we did the things that made the records. Most of them find their way out eventually, but there are things that have never seen the light of day. For the most part they’re pretty much best off left where they are.

Have you found that, considering the lengthy career the band has enjoyed, a number of fresher-from-the-block bands are citing Yo La Tengo as an influence?
People tell us that we’ve been an influence on them, which is really nice, but I don’t know who is and who isn’t [influenced by us], really. Sometimes I see, in the press, a record by some group that’s being compared to us.

And is that good, to read that you’re a band that journalists use to convey a sense of what another, newer band is all about?
Oh that’s nice in a way, but I think that… well… from that way it is nice. But, it doesn’t seem particularly important. I’ll leave it at that!

Over a long career – the band’s first album came out in 1986 – you must have developed the ability to accurately tell what’s right for a record from what’s totally wrong, however great it might be temporarily?
That’s true – our quality control filter is pretty tight. I guess, just from experience of writing songs and putting out records, we only go with what feels right. It’s important to change, and it’s important to grow, but it’s essential that we hang on to our identity and personality. That’s probably the only goal we have, and it’s not even a focussed goal – we just all think that way. It is nice – very nice – to be able to work with a company (Matador) that isn’t putting us on a strict timetable of an album a year. Although it will get a point where we’ll be asked, “When would it be a good time for you to put out a record?”, and then we’ll say somewhere very far into the distance. We do work slowly.

And the songwriting process these days: is it any easier than it was at the band’s beginnings? Or at least since you joined in the early ‘90s…
It’s never particularly smooth. It’s usually a very intense time, which can go pretty well though. I think we always know when it’s time to start thinking it’s time to make another record, which is difficult as there are always these other, interesting opportunities that come up. And we could put recording off, for a very long time if we felt like it! But once we start rolling, and we’re in a creative period, it rolls pretty well.

And do songs just sort of work their own way out, through jamming and improvisation in rehearsals?
That’s pretty much how all our songs get written, out of improvisation. Actually, not even out of something described as loftily as improvisation – we just start fucking around, and just playing with things that we’re not particularly proficient with can sound great! I think that someone who doesn’t really know how to play an instrument properly can make it sound more exciting than someone who practises every day. Y’know, even a lack of musical knowledge isn’t without its merits – we like all kinds of music, and there are kinds of music that have informed things that we play, but it would be preposterous if we said that there was this one Squarepusher song that had a lot to do with some acoustic guitar part that I played. You’re out of your mind…! I think there’s something really exciting about music that you can’t understand too well. It’s like, you hear sounds on record that you can’t figure out, for the life of you, what that sound is or how they got it. So, you start piecing together a map, in your mind, of how you can get to something like that, and along the way you find many other things. A lot of our songs will begin as thirty-minute instrumentals, and they end up as three-minute songs with singing.

Yo La Tengo play The Sage in Gateshead today (November 8), Cambridge’s Junction tomorrow, and London’s Forum on Saturday, November 11. You can still win tickets for the London show by entering our competition – click here to be in with a chance of attending for free. I Am Not Afraid Of You And I Will Beat Your Ass is out now on Matador; click here to visit the label’s website.