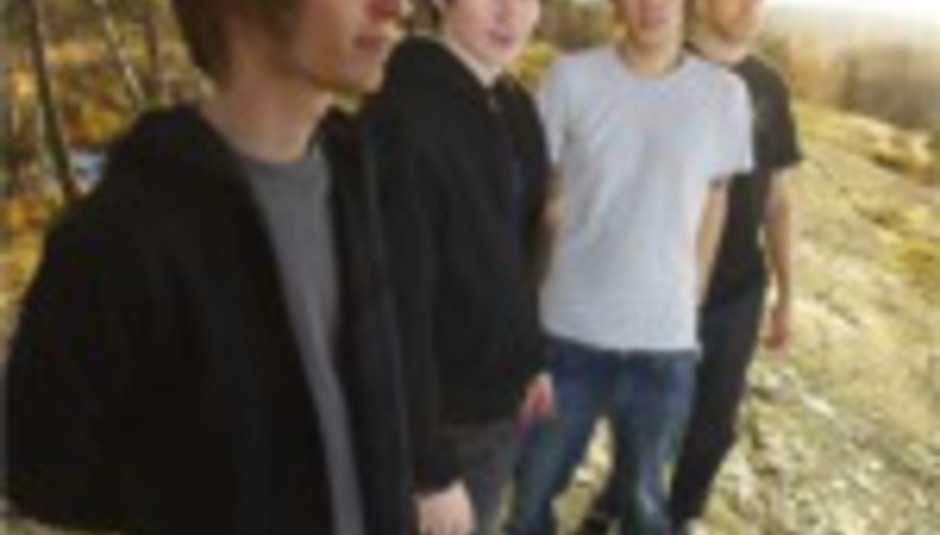 The Finnish bastard children of Refused they may be, and mega-selling punk-rock chart-botherers they may not, but with only a couple of short UK tours under their belts Disco Ensemble have proved that they can be awfully important to some people. With many fans at their last electrified London show singing the words back at them, the quartet seem to be moving onwards and upwards since we first picked up on them in July 2005.

DiS caught up with lead singer and keyboard player Miikka Koivisto to discuss Some Questions; he promptly explained that he is my “worst fucking nightmare”. These crazy Finns are charming to the end.

If you could be drowned in anything, what would it be?
I guess drowning would be one of the worst ways to die, but I'd go for warm milk, 'cause that would comfort me thinking about the task ahead.

Are you a vegetarian?
Not totally vegetarian since I do eat birds and fishes, but red meat is just gross and sketchy.

What is your favourite fast food?
Falafel. Definitely.

What are your favourite websites?
The usual, I guess. Pitchfork, DrownedinSound, the Scientology debate...

Apple Mac or PC?
I can't do complicated things with computers anyway, so it's pretty much the same.

Do you believe in a God?
I see no reason to do so.

Who is your favourite non-musical celebrity?
Anyone into Scientology or otherwise funny/sadly fucked up. Tom Cruise is great!

Who would play you in a film based upon your illustrious life?
Everyone says I look like that Good Will Hunting guy [Matt Damon – film buff ed], except for the guys from The Scare who thought I look like a young Nick Cave, hahaha.

If you could make one book as important and integral to Western society as the Bible, what would it be?
Eduard Uspenskiy’s Uncle Fedya, His Dog, and His Cat.

Have you had any near-death experiences?
We did do some somersaults with a car with our former bass player but it felt surprisingly natural, and we didn't get even bruised so that doesn't count.

What is your favourite country?
This changes a lot but right now it's Denmark - we just had an awesome mini-tour there and the people and the venues are super-nice.

You spend so much time together, how do you stay friends?
We share the same extremely twisted sense of humour. That helps in any situation.

What's your favourite booze?
Jägermeister does the job before a show, and cheap vodka - Glen's Vodka is a UK favourite - works on special occasions after them. It's the drink of adventurers.

Who or what do you miss the most?
Spending time with friends, talking about nothing.

What was your worst haircut?
With a face like this, hair has never been the biggest problem to concentrate on.

What part of your body is your least favourite and why?
My fingers are short and ugly. I will never be Yngwie Malmsteen (link).

Name three things you could not live without.
Music, my girl and blood circulation.

Miikka recommends that you DiScover VETO, Rubik and C.Aarme, and suggests you should probably go to Finland some time and check out Karmarock in Harjavalta. There’s your mission. Disco Ensemble begin a tour at the end of October with Gogol Bordello, Bedouin Soundclash and Danko Jones. They’re gonna get free backpacks. Here are the dates…