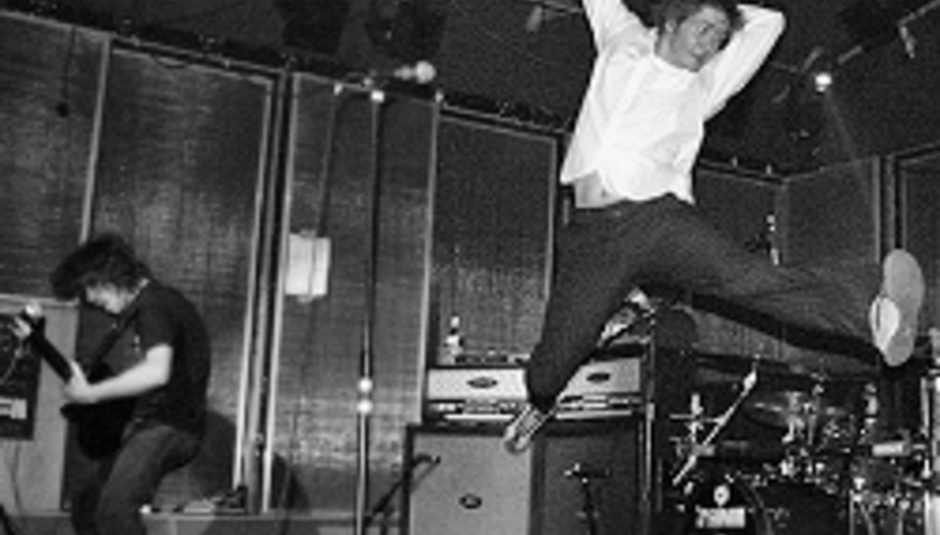 by Gareth Dobson April 1st, 2005
Drowned in Sound is very proud to present:

The rock all over your ass night.

thisGIRL Following the 4000 downloads of their valentine download 'Drake' and last year which was filled with over 100 shows, including their first European tour in November with The (International) Noise Conspiracy, and the rash of critical acclaim bestowed upon their first album proper 'Uno' (Drowned in Sound Recordings), them space-rock northerners thisGIRL return to London town. The boys will be previewing new material which features as bonus tracks on the forthcoming online release of 'Uno'. This is a FREE chance to see why they've been called "the most exciting and inventive rock band in Britain... on the same journey to glory as Idlewild" by Playlouder and "the most incendiary live band in the world" by Metal Hammer. .

!Forward, Russia!; Heavily involved in the newly-exciting Dance To The Radio label of leeds, !Forward, Russia! are equally as visionary in their music. In our review of their debut disc, we said "It’s genius, it’s something for everyone and no-one; so far from straightforward that it’s almost backward. Marvellous!" .'

Peace Burial At Sea; Geordies, like spiritual Stateside cousins …And You Will Know Us By The Trail Of Dead or Slint, Peace Burial At Sea exist on the periphery – of sound, of society, of the imagination. The ghost of cocaine Bowie lingers in their paranoid post-cyber punk, art-dub debut opus ’This Is Such A Quiet Town’ (out now on Captains of Industry), as do Spaceman 3, The Aphex Twin, PiL, Mogwai. The overall effect is like 2001: A Space Odyssey as scored by Ian Curtis, or maybe a post-hardcore ‘Ziggy Stardust’ or…or…or… .

Termites Termites emanate from the Stokes Croft area of Bristol. Harnessing the power of the dark arts, they like to wow audiences with their very own brand of psychedelic death pop influenced by Pixies, Supergrass, and early Pink Floyd. Their last EP was very good.. and their new one, out later on this year is even better...