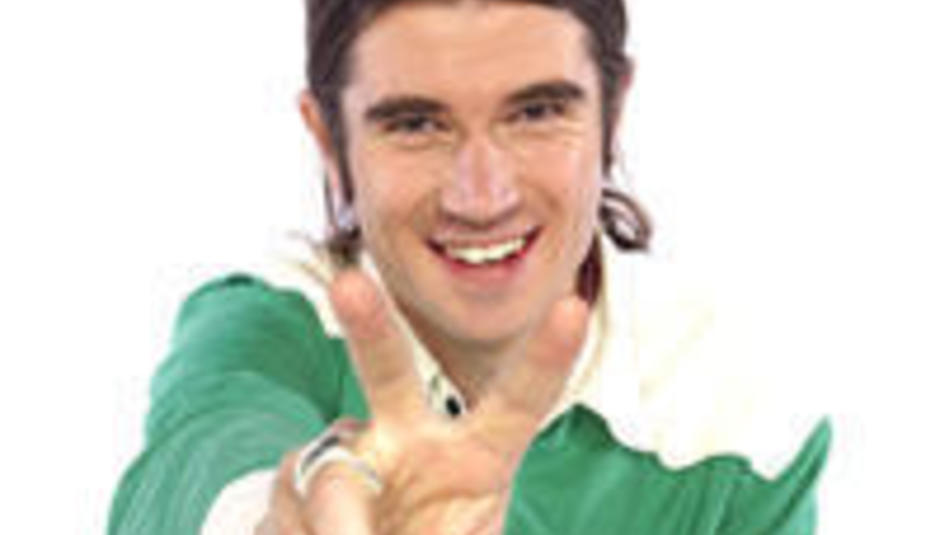 Rob Da Bank is a man of many hats, and we’re not talking deerstalkers and beanies. We’re talking occupations, and more specifically those of radio disc jockey, club deejay, record label head-honcho and festival curator-slash-organiser-slash-face. We could have used an alternative analogy, perhaps something about pies and fingers? But that’d make us hungry.

The man born Robert Gorham is responsible for the establishment of the Sunday Best record label in 1997 – releases to date include works by the likes of Grand National, Kitty, Daisy & Lewis, The Cuban Brothers and Bent – and the club night of the same name (indeed, the club spawned the label). At the time of writing, Rob hosts two Radio 1 shows – The Blue Room at the weekend and OneMusic during the week. But when DiS meets him in a café close to Radio 1’s offices, we’re primarily concerned with the third annual Bestival festival, held on The Isle Of Wight this coming weekend (September 8-10).

This year’s Bestival, one of the final weekenders of the summer, is the biggest to date: listing each and every act – bands and DJs – performing would result in the sort of finger cramp only professional Tiddlywinks players usually experience. Besides, we’ve selected our ten must-see acts right here. DiS grilled Rob about Bestival, one of the few major British festivals run without the support of some piss-awful lager or other, over a cup of tea and a muffin.

So, this year’s event is quite clearly the biggest ever…
We don’t mess around! The festival scene is really tricky to get into, and it costs a lot of money. I think people saw us the last two years and thought, ‘That must be quite easy’. But to put on a decent festival, with ten thousand people there, you need a million quid minimum to put it on. We lost a million quid in the first year, but we should break even this year. Y’know, most festivals take two or three years to break even, so we’re on track. Not that it’s ever really been about the money, but we can’t afford to lose money.

And you’ve attracted some massive names to headline this year’s festival – Scissor Sisters and the Pet Shop Boys, they’re hardly the sort of bands that are easily booked…
Pet Shop Boys, and Scissor Sisters, they were both keen to do the show, so it hasn’t been too tricky on us in terms of fees.

Looking down the bill, though, it’s clear that you’ve managed to piece together a particularly varied line-up. There really is something for everyone in there…
That’s kind of me – I mean, Scissor Sisters and Lily Allen aren’t my favourite acts in the world by a long straw, but people want to hear them and that’s why I can’t be selfish and just book what I want to hear. We wouldn’t sell any tickets, so there’s a certain amount of, ‘Well, who’s around now…?’
Last year we got The Magic Numbers bang on – we booked them in January, and by September they were right on the peak of getting really famous. Gogol Bordello isn’t going to be the same this year, but I know that people love them and that they’re amazing live. We’ve got Hot Chip and Scritti Politti playing. If you look at the line-up, if you’re someone that knows about music like yourself, but there were a lot of people that when we first released the line-up… Joe Public, I hold my hands up: you’re not going to have heard of seventy per cent of the acts. But I don’t necessarily want you to – I want you to go and see them, and look in the programme and take our word for it that they’ll be good. I mean we’ve got Get Cape. Wear Cape. Fly, and Klaxons, Bat For Lashes, Love Is All, The Fall… I mean, there will be kids going that will have never heard of The Fall!

The look, the image, of the festival is very strong, also. That’s really apparent from the website, and all the promotional advertisements doing the magazine rounds…
Me and my wife, and two partners – us four do it all. Me and my wife do all the creative stuff, and I pick all the acts while she comes up with the design for how it all looks, and comes up with all the silly ideas like the inflatable church and the Morris Dancers.

Since you’re so heavily involved, are you able to cut loose at all while at the festival? Can you allow yourself to have a good time?
I’m more excited about the festival this year ‘cause we’ve got a baby now, so we’ve an excuse for the heat to be taken off us a bit. We can’t spend 24 hours a day going around the site checking that people are okay this time. It’s been a massive learning curve – the first year we were unprepared, and come midnight we didn’t realise all the production team would actually leave, so it was just me and my wife, apart from security, wandering around going, ‘Look, there’s a sound system in the woods over there that shouldn’t be there… Fuck, what’s that bloke doing climbing that scaffolding over there…Excuse me mate, can you get down…’. I was walking around all night, thinking I was gonna die or something, but we’ve got it sorted now. We’ve got such a good team now that it runs itself. The first year I booked all the line-up but saw two bands, and the same last year. This year we’ve got 250 acts, though.

And what about attendees? I’m guessing there’s more for them to see and do than simply watching a few bands in a field…
The name of the game is for people to have fun, and to enjoy good music. That’s what Sunday Best has always been about, and it’s what I do on the radio and in a DJ set. I’m not a moody person. I don’t think there’s enough of that – you go to, without naming names, a lot of festivals and they’re very boring, with just a big stage in a big field, some tents over there and a bar. People want more than that, and if you’re paying a hundred-odd quid, you deserve more than that. Our whole thing has always been to have people go around the site and see that we’ve taken our time on this. I mean, you could walk around Bestival all day and not see a band in full but still have a great time.