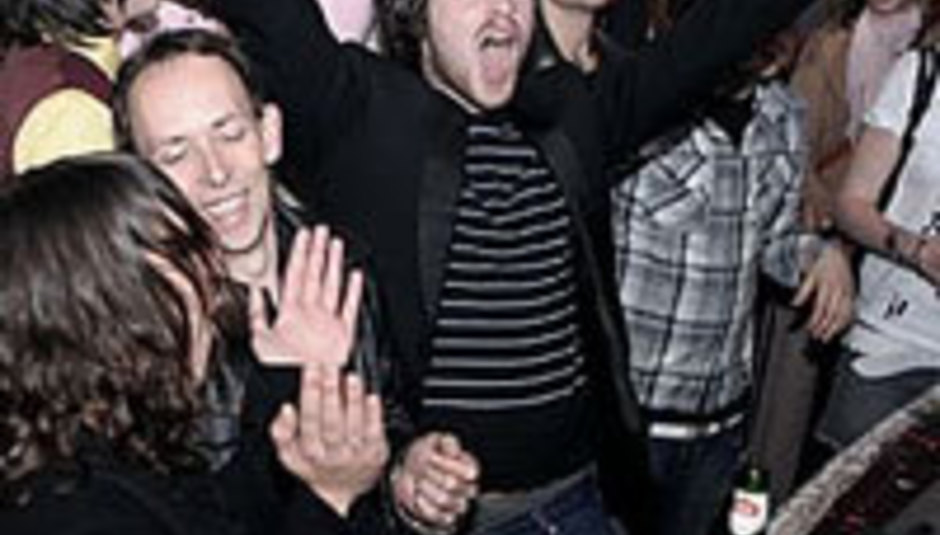 The Tuesday DiScussion: Deafened by Death From Above? Submit your own indie mixes...

The Tuesday DiScussion: Deafened by Death From Above? Submit your own indie mixes...

So that’s that: Death From Above (1979, Mr Lawyer Man) are dead, kaput, over, broken, splintered, terminated, destroyed, whatever… you can read about it here. Perhaps it’s natural that the pair, whose chosen brand of rock ‘n’ roll was so combustible anyway, burnt out in such a flash of brilliance after only one album of dance-floor fillers, though – the standouts from You’re A Woman, I’m A Machine were never likely to fade into to the back pages of indie DJ compact disc wallets. They always have been, and will continue to be, right in the thick of the action, as essential to the party as anything plugged into next week by this week’s NME.

'Course, fifty per cent of said outfit also operates as half of MSTRKRFT, the pair responsible for club-friendly remixes of the likes of Metric, Panthers, Bloc Party, The Kills and The Gossip. It seems that indie-rock has never been quite so easy to bust a move to.

Which brings us neatly(ish) to this week’s Tuesday DiScussion: the indie club mix-tape DiScussion. Many a DiSser can be found week in, week out, playing records (okay, CDs mainly) to assembled punters at clubs both within the M25 and beyond it – hopefully you’ve noticed DiS’s involvement with I Fly Spitfires in Edinburgh, Glasgow and Aberdeen, Dom and Jordan’s DiS Nottingham nights at The Social, our last-Saturday-of-the-month slots at Unit 22 in Southampton, and our monthly Barfly shindigs in London’s Camden Town. There’s more to come, too – watch this space. For today, though, we’re thinking along High Fidelity lines… what’s YOUR ideal indie club top ten?

Here we present the current top tens of three DiSsers, a.k.a. whatever we remembered, off the top of our heads, we’d played recently. Please dissect them as you like, and add your own top tens as comments below. So, Monkey!!! Knife!!! Party???

Colin Roberts…
The Knife ‘We Share Our Mother's Health’
Klaxons ‘Atlantis to Interzone’
Beastie Boys ‘Intergalactic’
The Unicorns ‘I Was Born (A Unicorn)’
Architecture in Helsinki ‘Do The Whirlwind’ (Metronomy Remix)
Bearsuit ‘Chargr’
Hot Chip ‘Over & Over’
Germlin ‘Yeah!!!’
The Walkmen ‘The Rat’
Weezer ‘Buddy Holly’

So, which set would you dance to? Wanna book us for your kid’s birthday? Your granddad’s funeral? Game of Crisco Twister, anyone? Reckon you can do better? Go on then…