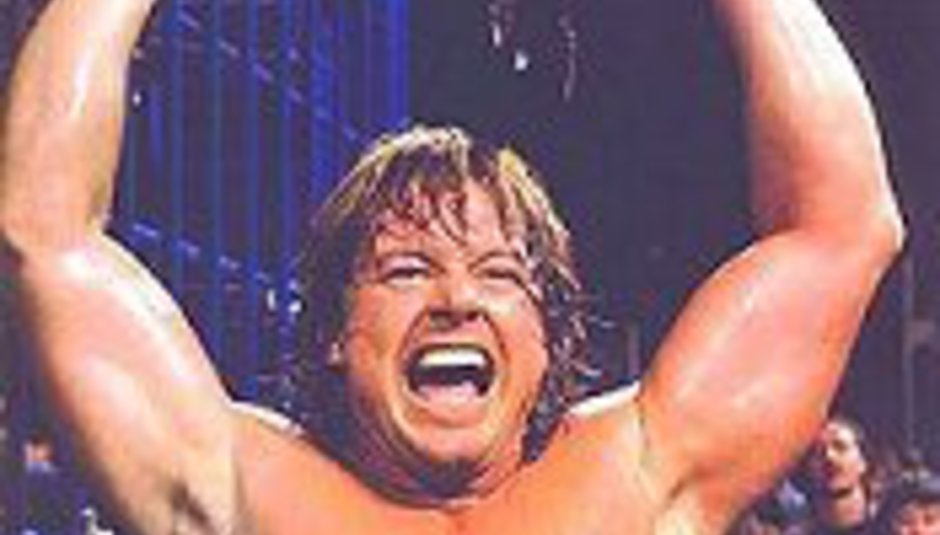 As July slides away into memory’s mists, one can’t help but feel that summer – so swiftly and brutally upon us though it was – is slipping through our fingers with all the fluidity of the Coke Zero that DiS has taken to consuming by the tanker-load. Really, why is it that Diet Coke by another name is so appealing? Is it because a guy advertises the stuff on the telly, or are black cans simply that cool? Answers on a postcard to some other address than ours – we really don’t have the time to read your nonsensical musings on the matter.

Anyway, RECORDS! There were some released in July – some good ones! – so here’s our round-up of the very best according to DiS’s team of educated critics. Like the blood that flows in our veins, these records have been essential to our survival through these blisteringly hot days – it may be touching 50 degrees on the Tube, but when your ears can be caressed by some of these lovelies, who cares? We do, actually – sitting in an office after sweating out a week’s worth of fluid during an hour’s travel is about as comfortable as giving ‘Rowdy’ Roddy Piper donkey rides on Blackpool beach with you as the donkey: “Giddy up you dang dirty beast… real men wear kilts, y’know!” Eeey-oooor… TV On The Radio – Return To Cookie Mountain
The Brooklyn-based rockers of no little inventiveness didn’t come close to disappointing with their second long-play release. Return To Cookie Mountain wasn’t merely a return to the nine-out-of-ten form of their Desperate Youth, Blood Thirsty Babes debut; it instead took that blueprint and expanded it, resulting in what will surely be regarded as one of the year’s defining albums come Christmas. DiS was moved to refer to it as “an opus that inhabits the midpoint between the scarcely conjoining circles of eclecticism and enjoyability”, and that its makers were “absolutely phosphorescent”. That = good.
Read Jordan Dowling’s review here. Download the album here. Muse – Black Holes And Revelations
The space-rocking trio had to discover untapped reservoirs of creativity in the wake of 2003’s Absolution long-player: so jaw-dropping was said release that DiS, at the time, felt it necessary to award it a maximum rating. To say that Muse were under pressure to deliver with Black Holes And Revelations is such an understatement that quantifying it by a nonsensical comparison is a needless act: just know that they not only met fanbase expectations, but blew them beyond the stratosphere. “As ambitious as it is combustive, as bamboozlingly bombastic as it is gracefully seductive,” is what we said. We meant it, too.
Read Mike Diver’s review here; download the album here. Metallic Falcons – Desert Doughnuts
Sierra Casady’s not-CocoRosie band’s debut was met by a series of swoons and nervous sweats around DiS’s way – while it’s certainly an inventive, expansive album, Desert Doughnuts is also a romantic experience. Alongside Matteah Baim, Casady’s vocals allured while drifting dunes of sonic artistry conspired to craft the prettiest pictures outer space ever looked down upon. “You are encompassed in their world, in every whisper uttered, and in every haunting vocal echo,” we wrote, after allowing Desert Doughnuts to permeate our every pore, to swell each and every synapse like a lump in the throat never allowed its release. “Rarely does an album involve the listener for its full length,” we commented, but this was an immediately obvious exception. Truly mesmerising material, straight out of leftfield like a heavenly bullet.
Read Ben Yates’ review here. Winnebago Deal – Flight of the Raven
When someone – your layperson in the street, conducting some seemingly pointless survey or other – asks you, the passer-by minding their own, for what you see when you’re instructed to picture two Oxfordshire gents called Ben, this isn’t likely to spring immediately into the mind’s eye. Polite though the pair (Bens Perrier and Thomas) may be – well, to all but those that rile them with retarded ‘rock’ posturing and second-hand attitudes – their music is a barroom brawl in your lugholes, a knife fight in a dead-end alley. Brash and boisterous, vehement and violent, Flight Of The Raven is the soundtrack to the party to end all parties, the over-the-top end-of-the-world blowout. Let’s go out with a bang, motherfuckers; let’s go bang our way around Oxford with the two Bens by our side, opening prissy student ears by way of force. YEAH. Seriously, forcing squirrels to suck back on helium canisters and watching them squeak ‘til dogs collapse in bloody heaps isn’t even half as much fun as this record.
Read Raziq Rauf’s review here. Guillemots – Through The Windowpane
Having preceded their debut album with a lukewarmly-received EP and a less-than-universally-acclaimed single in the shape of ‘We’re Here’, even DiS – despite our 10/10 for ‘Made-Up Lovesong #43’ – wasn’t expecting Through The Windowpane to be the multi-layered sonic delicacy it proved to be. Washes atop washes of sound, drizzled delicately in the sort of affecting vocals rarely whispered effectively by bearded men, Guillemots’ first-ever long-player stunned DiS into statuesque appreciation: the building could be burning, but so long as this was playing we weren’t high-tailing it up any emergency stairs. Admittedly this has now cost us our entire collection of ELO records and Thundercats figures – who knew such things were so flammable? – but we’re not sorry: compact discs are hardy inventions, and we’ve still got Through The Windowpane in our lives. “I've sat weeping like a snotty-nosed Bridget Jones over these cinematic tales,” said our reviewer; we know, we picked up the Kleenex tab…
Read Rachel Cawley’s review here. Download the album here

We’ve heard a few and no mistake – in fact, not only have we heard a few, we’ve heard a handful of truly brilliant seven-inches and single tracks, downloads and limited-edition one-offs. July was a really good month for single releases, despite what your average FM radio station may have suggested through their bland-out playlists (really, is it just me or is commercial ‘rock’ music more pathetic than it’s ever been? The Feeling? Shut up…). Domino’s Archie Bronson Outfit released ‘Dead Funny’ (download) to next-to-no mainstream coverage; we called it a “lime-veined monster, lurching bowlegged across some sticky satellite-town dancefloor.” I’ve no idea what Kev Kharas has been drinking, but you can read his full review here. The Black Tulips were called “utterly, utterly glorious” by our Holliy. That, we understand, and the full review of their ‘The Dog’s Home’ is here.

Crystal Castles is a name on many an ear-to-the-(under)ground type’s lips right now, and one listen to the ‘Alice Practice EP’ revealed why: the Toronto duo’s mash-it-up-‘til-it-makes-you-dance electro-something-core was “structured enough to be a malevolent kind of pop, but fucked up enough to sound densely punky and sandpaper rough”. That’s what our Brainlove said, and who are we to disagree with a man in such nice shoes? Read his full review here.

Our remaining picks couldn’t be more different: one is the latest battle cry from a band that’s forever been on the periphery of sanity (and has made a mint from residing there of late), while the other is a relative unknown tearing out of Glasgow like The Ramones on a rider of Buckfast by the bucket and platters of Red Bull fritters. The Flaming Lips’ ‘The W.A.N.D.’ (download) should already be in your collection, seeing as it was one of the dozen songs that made up the band’s must-have long-player from earlier this year, At War With The Mystics. It features “a bassline dripping liquid gold from its glossy sides and the most empowering vocals heard on a pop record since ‘Fight For Your Right’, we said; granted we might have been on a sugar rush at the time, but our heart was in the right place. Read the full review here. Korova, meanwhile, are Scottish punks running on rocket fuel and reformed meat products, additives swarming in their guts like a piranha feeding frenzy. “I can never imagine growing tired of listening to this song,” said Holliy (a lady on reviewing form if ever there was one); read her full review here.

Other bands that tickled our fancy while we wiped the sweat from our brows include (and click each name for a link to the relevant single) Sigur Rós, The Silent Type, Dead Kids, Jamie T and The Twilight Singers. So if you’re yet to hear these songs, go get.

We’ll keep this brief, since this is A Month In Records and your lunch break is all but up: we, DiS collectively, went to a fair few gigs this month. We even found the time to take our scrawny indie asses to the train station (or as far as the car waiting for us, anyway) and frequent a couple of festivals. Which was nice. Our pick of the month’s gigs, though, is Charalambides’ performance at The Luminaire in London: “This is a music most perfect and unchained,” reported Colin Roberts, and his full review is here.

Should you be thirsty for further live recommendations and critical maulings, though, direct your attentions to our coverage of Bat For Lashes, here, and the first-ever Young Turks Night, here. We had fun. Festival-wise, perhaps you saw this? It’s our new Festivals mini-site, from where you can read about the fun we had at Birmingham’s Supersonic Festival and Ilosaarirock in Finland. Keep an eye out for coming-soon coverage of both Belgium’s Dour Festival and, of course, Truck 2006.

‘Til next month, enjoy the remaining sunshine (you know it'll be all grey skies and drizzle by Reading) and do feel free to deliver crate loads of Coke Zero to our door. Don't tell us why we're drinking it, just let us, yeah? Ta.