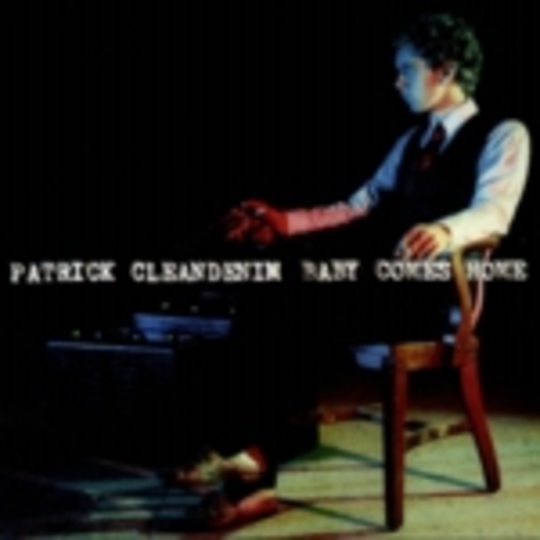 Baby Comes Home has all the finger-clicking and grand gestures of the theatre combined with the sound of a small orchestra from the pit; strings, brass, keys and all. It has single vocal lines for our male lead part – let’s call him Patrick Cleandenim, an NY art student – and come the middle of our two-act voyage it even has a minute-long interlude, handily called ‘Interlude’. It is - whisper it - a concept album.

These intentions are clear from the start; Cleandenim himself can be found on the front cover, reclining in a chair with various lights on him, staring off-camera with a gun in one hand and a cigarette in the other. Yes, it may have been given a lot of thought, but for all Baby Comes Home's carefully-rehearsed pizzazz, it’s found sadly lacking in the one area, one of utmost importance: the quality of the music.

The first gripe is the vocals which, whilst in places lightly-chorused and sounding (not unpleasantly) a bit like Brendan Benson, sometimes end up carrying so much echo that anyone in the ‘audience’ would be fighting the urge to go and fetch Lassie so they can be rescued from the well. And, even worse, some of this cavernous echo is applied to the backing vocals behind him too, until it’s almost painful to listen to. Whilst the chorus effect thickens up the vocals nicely, the reverb too often leaves Cleandenim sounding weedy, almost drowned out by the strength of the band behind him. Whoever mastered this should be shot, unless they were at gunpoint themselves.

The songs come across as lifeless all too often, each beginning quite similarly and possessing largely the same structure despite having a number of different beats. Even after repeated listens I can only recall one song from memory – closing track ‘Hollywood’ – and that’s only due to the painful rhyming couplets, whether it’s “In Hollywood / the drugs are good” or “In Tokyo / the girls are slow”.

Baby Comes Home is not entirely void of merit, though. The production captures the mood and sound of a stage show successfully with the aid of trombones, trumpets, violins and so on, but for all the care and attention paid to the instruments, it’s the things that slip through the net which are most irritating. With so much layering throughout, who thought it necessary to put so many needless handclaps on ‘Hypnotized’? It just conjures up too many images of painful am-dram and jazz hands.

I guess that’s the problem here: despite seemingly aiming to capture the feel of bright lights and packed houses, there are too many oversights both in terms of the writing and the execution. I’m shutting this down after the first night. Go home, punters.