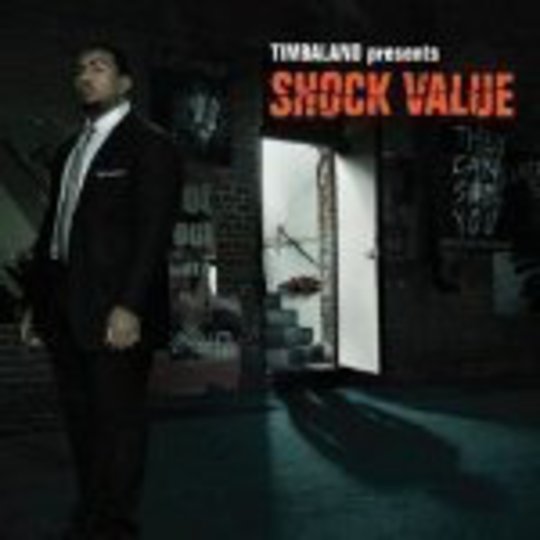 “I call your phone and you’re nowhere to be found,” laments producer extraordinaire turned rapper ordinaire Timbaland on ‘Miscommunication’, 11 of 19 on Shock Value. The Missy Elliott collaborator, born Timothy Mosley in 1971, is thoroughly deadpan and emotionless in his expression of loneliness, but if the object of his half-hearted affection has wised up to the tracks preceding his paean to her absence then it’s little wonder her mobile’s set to silent – Timbaland is one self-obsessed bag of braggadocio-scented wind and near-baseless bravado.

The first examples of Timbaland’s ridiculously high opinion of himself, lyrically expressed throughout Shock Value in wonderfully graphic style, emerge on the very first track. “Timbaland don’t have to run nowhere,” he states, matter-of-fact, on ‘Oh Timbaland’; “Timbaland got private planes”. The celebration of wealth and cussing of contemporaries is common in modern rap music, but when this mediocre rhyme-sayer contradicts his dollar-bloated big-headedness by saying “Yeah I got money, take it all from me and I’ll be the same” in the same song as all that private plane boasting, you just want to strangle the fool.

Lead single ‘Give It To Me’ is one of many tracks featuring necessary contributors – there is no way that Timbaland could carry this LP alone, vocally. Justin Timberlake and Nelly Furtado say a whole lot of not a lot over a traditionally jerky Timbaland beat, all ‘us versus you’ in tone and slightly confrontational despite Furtado’s tenderness at the microphone. Timberlake pops up again on the next offering, ‘Release’, which seems tailor made for sweaty summer parties, porch dancing as a barbecue smoulders down. Jumpy and littered with vocal samples as additional beats, it’s one of the few tracks on Shock Value that reminds the listener why Timbaland became such a revered level-twiddler in the first place. Elton John’s spirally piano playing on ‘2 Man Show’ is a relative album highlight, too, even if Timbaland feels compelled to remark, “C’mon Elton, break it down”. Tsk.

Elsewhere, guests fail to set their songs alight: Missy Elliott can’t save the atrocious, overly sexually explicit ‘Bounce’ from being one of the album’s lowest moments, despite a typically ferocious performance, and 50 Cent’s expletive-riddled rant on ‘Come And Get Me’ – another ‘I’m so great, me’ moment from the record’s core protagonist – is coma-inducing in its dullness. Guitar licks from The Hives – yes, those The Hives – make ‘Throw It On Me’ something of a sidestep from the two-steppin’ bass-heavy format of much of the album, and Fall Out Boy transform ‘One And Only’ into their own song, relegating Timbaland to a supporting role. Neither contribution from the rock world is an album-saver though – both pieces sound formulaic and predictable, disappointingly so considering Shock Value’s ringmaster’s position in the production world hierarchy.

Let down by far too much in the way of me, me, me, Shock Value is unlikely to appeal even to admirers of the many guests filling the cracks across these 19 tracks. If someone had grabbed Timbaland by the collar and demanded that he trim this second solo album by a third, then we might have a half-respectable record. But by over-egging at each and every opportunity, and continually bragging about his many abilities – and we’re not just talking about production skills here, ladies – Timbaland himself has conspired to wreck any critical acclaim that many have wanted to fall the way of Shock Value. He is annoying, simple as; his repeated ego-stroking irritates like a mosquito bite on an already sunburned forearm – it only adds to the pain.

“We on another level,” is the repeated refrain of ‘Hello’, one of the two bonus tracks; sadly, judging by the quality of Shock Value, it seems Timbaland’s content to let loose of a few rungs and wallow amongst the mediocre for a while. Another level, yes; the next level, fuck no.