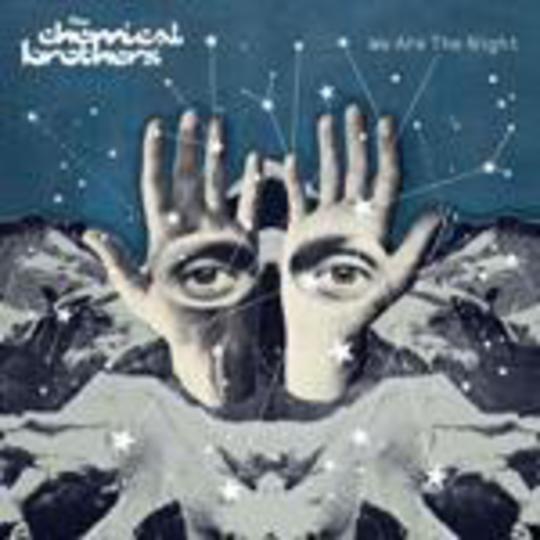 Tom Rowlands and Ed Simons have been in the electro game long enough to have both initiated and destroyed an entire genre – the not-really-missed Big Beat – and outlived too many one-time peers and would-be superiors to list in a limited-word review like this. The pair, as The Chemical Brothers, have achieved all there can possibly be to achieve in their field: they’ve played to squat raves and festival main stages, excelled at their chosen craft and given a plethora of musicians from outside of their stylistic circle the opportunity to hop aboard their beats for a selection of choice singles. Thus, they also know when they’ve concocted a right stinker and, for want of a slightly better adjective, that’s precisely what album-before-this Push The Button was.

For once more remarkable for its ropey collaborations rather than those sure to set dancefloors stirring – Tim Burgess’ return was just about acceptable, but that one out of the Magic Numbers... fuck – Push The Button and, indeed, its immediate predecessor Come With Us weren’t really worthy of parallel comparison with the three LPs that made the Brothers the gigantic draw they are today. Or, rather, were at the end of the last millennium. We Are The Night is already being touted as a return to Surrender form. But while there are moments that have the summer days – and daze – of ’99 flooding back, too much of this sixth long-player proper sounds disjointed and manhandled.

Take lead single, ‘Do It Again’, as an example of this impression: the track would be regarded as a winner had it been issued by Justin Timberlake – upon first listen, you’d be forgiven for mistaking it for the work of ol’ Trousersnake – but it’s not really up there, so far as curtain-raisers go, with the likes of ‘Hey Boy, Hey Girl’ or ‘Setting Sun’, still Noel Gallagher’s finest vocal performance. It’s an attention-grabbing standalone offering, for sure, but its cut ‘n’ pasting of already prominent techniques – which only make the JT confusion more likely to cloud one’s opinions of the track – doesn’t sound like the work of men once deemed mavericks. It sounds lazy, and so it goes.

Said song’s vocalist, Ali Love, is one of many guests whose presence isn’t entirely effective; although Fatlip’s turn on ‘The Salmon Dance’ is entertaining enough, the song’s slouched swagger-beats and woozily wandering rhymes aren’t in keeping with the high-pitched peaks of many of the album’s remaining minutes. Also guilty of not fitting in: Lightspeed Champion and Klaxons, although their ‘All Rights Reversed’ becomes more enjoyable with repeat listens. Better though, immediately so, are the instrumental tracks: ‘Burst Generator’ is an echo of former glories, with everything cranked up to its most driving and the sweeping, alien swoop effects of Surrender making a welcome return; ‘Harpoons’, meanwhile, meanders quite delightfully through its duration as the album’s penultimate offering, coming on like Dead Meadow’s mellowest moments given the once over by, well, The Chemical Brothers actually. It’s a little Chris Clark, a little Mercury Rev, a lot nice.

Of all the vocalist-aided songs, it’s We Are The Night’s parting gesture that tickles the finest fancy. ‘The Pills Won’t Help You Now’, almost certainly a titular reference to its makers’ growing up and out of the drug-fuelled dance culture within which they once shone brilliantly, finds Tim Smith of Texan outfit Midlake lending tender tones to an arrangement that never once feels the need to rush, haphazardly, to a conclusion; it’s a stark contrast to much of what comes before it, and comprises its parent record’s finest moment. It also, sadly, only reinforces the feeling that gnaws away at the long-term fan’s senses for much of We Are The Night_: that this, really, isn’t all that.

While there is enough in the way of creativity here to dispel any suggestions that Rowlands and Simons have composed We Are The Night_ with all cylinders set to auto-pilot, there nevertheless lingers a sour aftertaste come its climax, the sort that was never experienced for the duo’s first three LPs but has become commonplace since. No, this isn’t as bad – sorry, predictable and subsequently rather mediocre in the grand scheme of things – as the two albums that came before it, but nor is it as special as the albums that soundtracked this writer’s mid- to late-teens. Perhaps that’s the issue: nostalgia plays its part, and modernity has little patience for musicians from an entirely different time, especially with the likes of Justice and Simian Mobile Disco crafting crossover dance albums to die for in 2007. But all rose-tints aside, this isn’t what it could have been, quite.

And don’t go thinking the powers that be don’t know as much. A singular complacency, it hasn’t yet bred contempt. But only just.