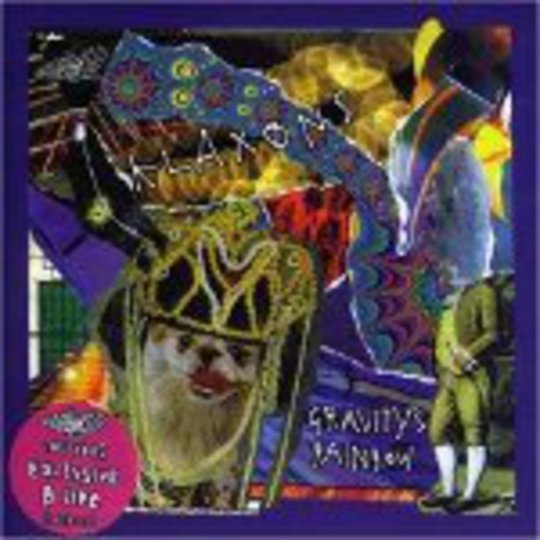 Oh, fickle ways. In the week preceding the re-release of ‘Gravity’s Rainbow’, Klaxons have once again bemoaned their snide creation of ‘nu-rave’. Whilst this provided them with a pedestal from which to woo their neon-clad faction, it could easily end up their downfall. Equally, as could separating themselves from it.

But… for there always is one… this is a great pop single.

Although citing Thomas Pynchon’s bewildering novel, it is difficult to divulge whether Klaxons’ repeated philosophical referencing, on which they rely upon, simply provides them with an excuse to peddle hedonistic nonsense. Though, none of this really matters: ignoring the deeper context of the track, this remains three minutes of crunching psychedelic excess.

Though hardly warranting their own genre, Klaxons certainly fuse a fair share of their own, and others, ideas to some, now well-documented, success. ‘Gravity’s Rainbow’ tangent-jumps in the same manner as their previous single, the similarly hook-fuelled ‘Golden Skans’. That was equally indebted to literary influences and, similarly, ‘Gravity’s Rainbow’ does not bog itself down in hard-to-fathom references.

Whether Klaxons are ultimately able to subvert the media focus from their ridiculous sub-sub genre that they formulated for themselves in the first place, via fair means or foul, remains to be seen, but ‘Gravity’s Rainbow’ proves in style that they’ve no real intention of marginalising themselves from all things acceptably mainstream with this healthy chart-bothering dose.

The Unravelling / Racing In The Mire