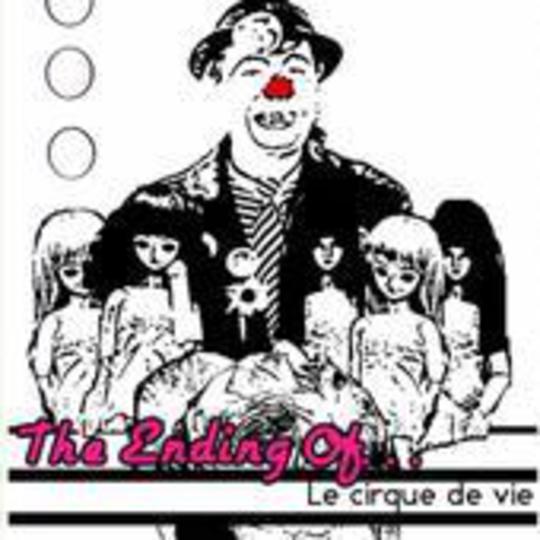 As the digital download fury threatens to eliminate physical singles permanently, it's good to know there are still some traditionalists locked away in their bedrooms gluing photocopied covers together in order to house the latest four-track recording of this week's favourite local band.

In the case of Manchester DIY collective Into The Black, they've chosen to of the city's most precocious new talents to showcase their arrival into the world of audio releases, and what's more, it comes on a piece of plastic with a seven-inch circumference, one side reserved for each artist.

And what of the two bands in question?

Well, The Ending Of... steal the honours in grandiose fashion by way of the fact their 'Le Cirque De Vie' seems to encapsulate three songs into one, transforms the histrionics of Muse into a parallel universe where Matt Bellamy becomes Bono for five minutes, and then explodes in a fury of feedback and quasi-goth madness like Robert Smith re-enacting the holocaust.

That's not to say iDresden's contribution to this record ('Clockwork Propaganda') is bad of course, and if your ideal futuristic scenario involves Mark E Smith being mangled by Depeche Mode you're in luck. It's just that, after the near-sublime (only the sound quality lets it down a tad) efforts of The Ending Of..., most other bands - new or old for that matter - would sound tired and lacking in ambition in comparison.

A healthy start then, as yet another independent label announces its intentions with suave aplomb.