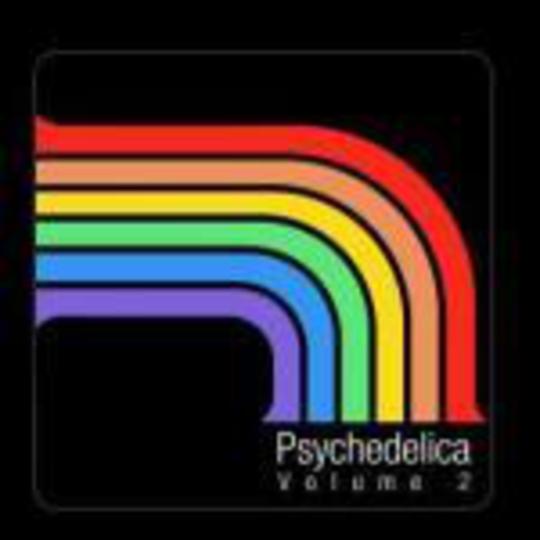 Phew! There really is no easy place to start here among the 35 tracks on offer across this two-CD package of occasionally well-known but mostly up-and-coming artists, except to say that if your existence doesn't owe some kind of patronage to the holy triumvirate of The Byrds, My Bloody Valentine or Spacemen 3, then you're not welcome here.

London-based indie label Northern Star is fast gaining a reputation alongside more established kindred spirits AC30 and Sonic Cathedral as being one of the leading exponents in unleashing new, noise-based pop onto an unsuspecting but rapidly increasing audience. Psychedelica Volume 2 is the follow-up to last year's debut release on the label, and as it gathers together bands from literally every corner of the globe (Italy, Hong Kong, Canada and Australia all find themselves represented here, as well as the UK and US), this record could even be renamed as the South By Southwest encyclopaedia of shoegazing.

Of course that wouldn't quite tell the whole story, as to merely lump each and every one of the acts here together would be about as incorrect and disserving as it gets. One is just as likely to hear space-age ambient electronica (Perfect Blue) or ‘60s-flavoured psyche pop (Belles Will Ring, The Lovetones) as one would feedback-drenched, white noise-fuelled drones.

Clawing together a mix of bands both new and old, Psychedelica... is actually a refreshing listen compared to the usual tried and tested compilations currently clogging up the shelves, and the propensity for discovering a host of previously unknown artists is immense, as I've found for the past few days trawling through MySpace for an insight into the backgrounds of Asteroid #4 and The Stevenson Ranch Davidians among others.

As for stand-out tracks, well there are so, so_ many to choose from. Cardiff's The Voices with _'The Sound Of Young America' and Hong Kong's The Yours ('Missed Call') take some beating, particularly in terms of getting the balance right between the equal sprinklings of noise and emotion that manages to conjure up a good tune.

Aside from that pair, Mancunians Air Cav and London six-piece The People's Revolutionary Choir are both names to watch out for in the coming months, as the former's visionary soundscapes are reminiscent of the likes of Dinosaur Jr. while the latter brings to mind a less hedonistic (for now) take on Spiritualized. All good, then.

And frankly, it is. For only a tenner, which works out at around 35 pence per song, can anyone honestly have any complaints over this record?

Fools On A Holiday