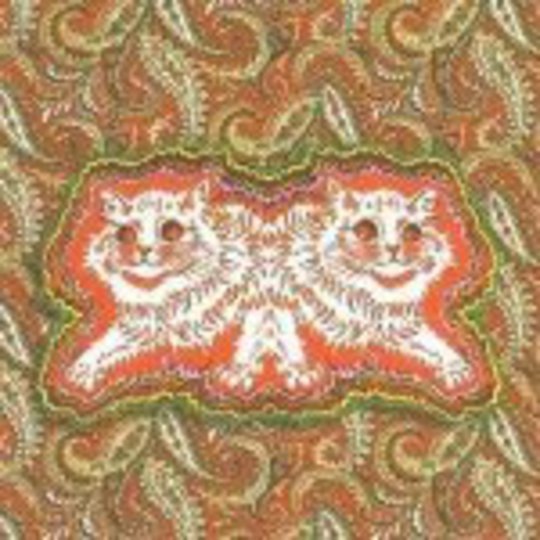 So fucking lo-fi it’s barely even there in your speakers, and when it is it’s the sort of noise that you’re wary of playing in front of family and friends such is its habit of splitting opinion, The Po Po’s latest LP amounts to eight hip-hop-goes-pop alt-bangers rocked-up by the most gnarly of punks this side of the filthiest gutter in the known world. It stinks, but in a kinda nice way – like breathing in your own farts, it’s a strangely perfect private-time pursuit.

Recently witnessed by a fair few thousand European gig-goers opening for Nine Inch Nails, this Philadelphia-spawned quartet attack their synthesizers in a weed-smoke fog, screeching their way through lyrics one minute and drooling themselves into a stupor the next. There’s a proper snarl to the vocal delivery of ‘I Feel Mysterious Today’, but you get the impression from the kiddie keyboards that surround the lyrics that this is a band more likely to hug than fight you. They ain’t out for shit when they clearly reckon they’re the shit. Even if their brags are supplemented by a knowing wink.

Keeping things as unreal as possible, raps are delivered with tongues in cheeks and it’s fun that’s prioritised over keeping stuff ‘real’: “the only way to keep you safe is shooting me in the face,” comes the killer line of ‘London Falling’, but there’s nowt threatening about its tone. If anything it’s intended to provoke a smile, to split the listener’s face in twine with only pearly whites filling the gap. ‘Schemes’ is a Klaxons-lite beatscape filtered through a cheap-as-shit car-boot-sale Casio; ‘Dirty Sanchez’ is a mucky rap set to droning keys, its saving grace being a few choice lines of ridiculousness (“We stick to each other like two birds, who flew into some glue of some sort”); and closer ‘Funtimes On The Frontline’ is Faint-esque synth-punk reworked by Blue Peter sticky-back plastic and cocaine. Getting an impression yet?

To summarise: this is cheap, tacky, fucking awful in a standard sense. But, even though there is something undeniably unfortunate about The Po Po’s butchered keys, blunted beats and blabbermouth white-boy raspy raps, it’s strangely addictive (as this writer’s iTunes play count attests to). “Choose your side, no compromise,” they instruct at the album’s close: against all initial odds, we’re picking The Po Po’s.