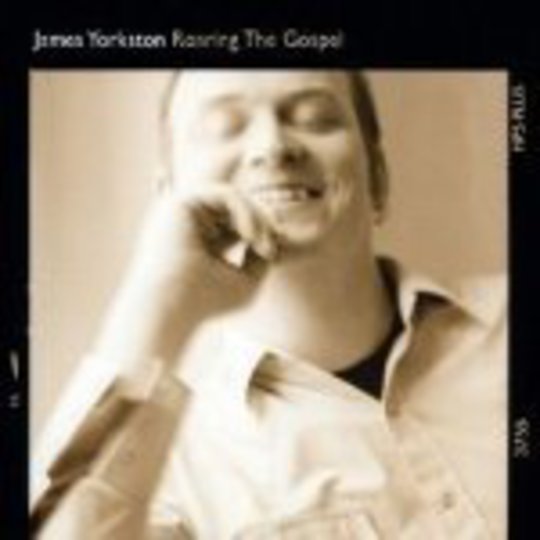 James Yorkston has, for some years, been a truly boggling songwriter. His many talents have variously displayed themselves across his last three records, but Roaring The Gospel is probably the most consummate and representational thus far. Here, rather than the one-fist-raised right-on implications the title implies, Yorkston delicately tells us about his life getting a little more complicated and how that's actually rather difficult. It's not angry, not at all, but we've clearly dimmed the lights even further down than before.

The bounce of opening track 'A Man With My Skills' might confound the above synopsis, however…

What you've just read has taken me roughly half an hour to write, and I've decided instead to abandon it, describe the scene around me, and the suitability of James Yorkston's new album for accompanying it.

I am hung over. I have a headache. I am sat by the window my bedroom, out of which I can see the rain dappling the cul de sac in which I live. We're up to track eight, 'Blue Bleezin' Blind Drunk', on Roaring The Gospel. There's a simply plucked backing that curves around the chords rather sweetly and provides a foundation for the accordion we can hear creasing itself. It's an utterly sad yearn for a better life, a regretful marriage and the way to escape it (get wankered). Considering the current weight of my head on my shoulders, I feel like Yorkston is ruffling my hair. Upon the song's conclusion, I listen to it again.

You might scoff and say that this is just what Yorkston does, and what he's been doing since he started releasing solo albums. That's true, but the power of that lack of development alone should tell you that this is more than a trick.

We're now up to 'Sleep Is The Jewel', a terrific hangover sentiment if ever there was one. The aspirin has kicked in, and I'm feeling rather nice. It's matched by the more pointed aesthetics and, get this, rock drum beats that pulse quietly but powerfully. Even the surprise of hearing bagpipes burr into life at the beginning of the ten-minute ramble of 'The Lang Toun' is not an unwelcome one. Contemplative themes dance around the seventh of the pipe's droning chord, and Yorkston sings about getting into a taxi covered in blood while somehow making it a tender intimation. That's rather clever, and suggests that Yorkston is now working in the realm of a musical interpreter rather than just a performer.

The record's concluding statement, 'La Magnifica', is also the softest. Yorkston's face is almost touching the microphone and the instruments sound as if they're being played from under my bed. The notes are rolling around the room like they're a feature of interior design, such is the homespun affection obviously imbued throughout Roaring The Gospel. An atmosphere is created by this album, and broken only by its conclusion. Now on his fourth album, James Yorkston is succeeding with every emotional lunge he makes. Whether he is personally successful in them is not our bind, because we are privileged enough to be able to hear the results.