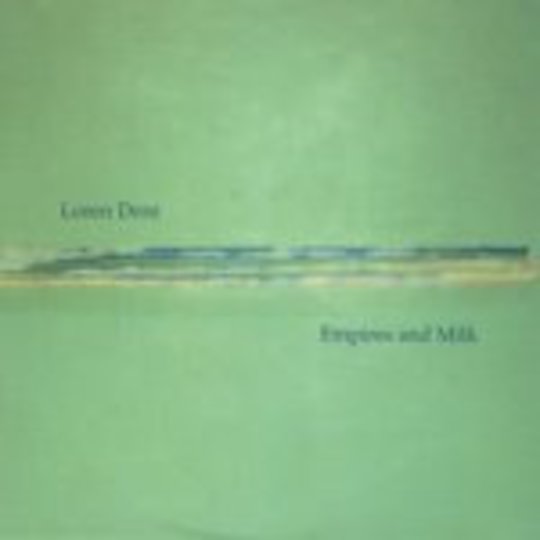 Reviewing Empires and Milk has taken a long time. Every time I sit down to focus my mind, the analytical process is interrupted by the magnetism of the lulling ambient drones. These drones – contemplated for over 60 minutes on record – are blanketed by layers of warm guitar feedback and murky piano loops. Loren Dent, the Austin-based conductor of the proceedings, is quite simply a genius. Every instrument is treated with delicacy, and given equal opportunity at some point during the record. While one drawn-out orchestral chord is fading out, another is just appearing, and surreal field recordings are added to the background to give it a dream-like effect.

This effect can transpose into physical form, too. While Loren Dent wouldn’t advocate the behaviour, the album sounds best when falling into a slumber. And, let’s face it: the people buying this aren’t looking to be challenged, as they’re probably looking for some late-night easy listening. Empires and Milk made the most sense after inadvertently falling asleep to its subdued textures. This, the transition period which sees the body in a state of neither wake nor sleep, is the physical partition in which Empires and Milk is best at sound-tracking.

Loren creates surreal worlds through the music. Throughout it feels like you’re a visitor to an unfamiliar realm where the ground shifts like plate tectonics, and everything you touch is fragile and decrepit. Anything could change at any moment, with shapes in the distance dissolving into perceived nothingness. Everything within Loren Dent’s music feels so detached from the real world that the sonic architecture he creates becomes a means of escape, a medium for the imagination to run free and for the foreboding thoughts of the real world to cease to exist.

Empires and Milk is a beautiful album, and as delicate as a record you'll hear all year. It's also a great listening experience for fans of modern ambient and instrumental music. Just don’t fall asleep in the process.

Lets Bitter Cinema, The Social, Data.Select.Party, I Was A Cub Scout at Camden Barfly, Camden Town,