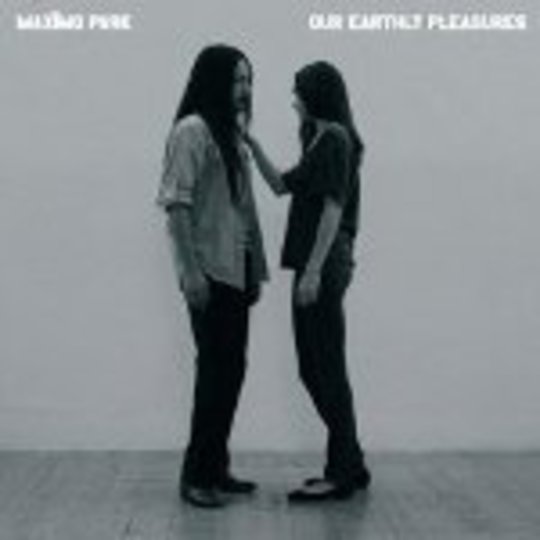 If Bloc Party were the philosophy students from Paul Epworth’s post-graduate school of art-infused rock, then Maximo Park would undoubtedly have been cast as the walking encyclopaedias also known as librarians. Never afraid to put modern day dramas into the context of an old-fashioned literary reference, whether it be classical or obscure, their quirky, perky and incessantly jerky pop songs always seemed to do the trick, whether it be on the radio or in the club. Even if a large percentage of their audience probably didn't have the foggiest idea what they were talking about.

Not that it mattered, as A Certain Trigger has clocked up over half a million sales and is widely (and affectionately) regarded as one of the most ambitious and long-lasting debuts of the first decade of the 21st Century. Jam-packed with singles and a sound that was as distinctively linked with its creators as singer Paul Smith's comb-over, the only question was how would the band be able to follow something that was so near damn perfect.

Easy: they haven't, or at least not in a commercial sense. The main difference between Our Earthly Pleasures and A Certain Trigger is that if the latter felt almost like a collection of greatest hits - which it eventually turned out to be - the former could almost be described as a concept album.

But before we all get carried away at the horrendous thought of kaftans, panpipes and 20-minute keyboard solos, the concept here isn't so much to do with the music but the lyrics. Themes (book references aside) seem to revolve around one thing: the break-up of a long-standing relationship. That's not to say Maximo Park have gone all soppy and maudlin on us - they most definitely haven't - but one listen to the likes of 'Our Velocity' ("Love is a lie which means I've been lied to") or 'Parisian Skies' ("I don't think she knew just how much I loved her"), to name but two, gives some indication of where Paul Smith's head and heart were during the making of this record.

Of course the other significant difference is that Paul Epworth is also gone from the fray, replaced by the evergreen Gil Norton, last seen twiddling the knobs for Lost Alone but best known for his work two decades ago with the Pixies. What that does mean is that a lot of the Devo-like rhythmic playfulness of the first record is gone, the songs now resembling more traditional, straighter-edged pop.

Nevertheless, there will always be comparisons between the two records so let's get those out of the way. Our Earthly Pleasures may not be littered with as many obvious radio-friendly unit shifters as its predecessor, but if you are looking for the sequel to 'Going Missing' then 'Nosebleed' makes its intentions felt from the off, albeit in a less buoyant manner. Again, it seems Smith's other half is the one who's done a runner this time, as the bitter chorus runs "He changed his luck for you, but you changed your life for him" before Smith opines "I'd love to clear the air, but I can't bear to hear your voice." It's all a bit unsettling and fraught with tension, but at the same time has an insatiable quality about it that bizarrely only adds to the song's underlying sentiment.

Elsewhere it's really difficult to pull out any potential singles - the pulsating new wave of 'The Unshockable' maybe? - but then I guess that is the whole point of Our Earthly Pleasures: it's best listened to as a single experience rather than stripped into standalone tracks, and for most of the time it does indeed work.

Opener 'Girls With Guitars' is an excitable reminiscence of days of yore, while 'By The Monument' sounds like Elvis Costello conducting a midnight serenade on Villiers Terrace, even if the subject matter once again seems to be about THAT ex-partner ("You said you'd like to see me again, and then it all unravelled, I heard that you were seeing someone, not such an insignificant other").

On the whole, Our Earthly Pleasures is a step forward for Maximo Park, as they've obviously made every effort to steer away from the more marketable sound of their first record. However, because a lot of this record feels like an open letter to an ex courtesy of Paul Smith's personal memoirs, Our Earthly Pleasures doesn't quite have the same impact as their debut, which suggests that maybe some things are better left unspoken, in public at least.